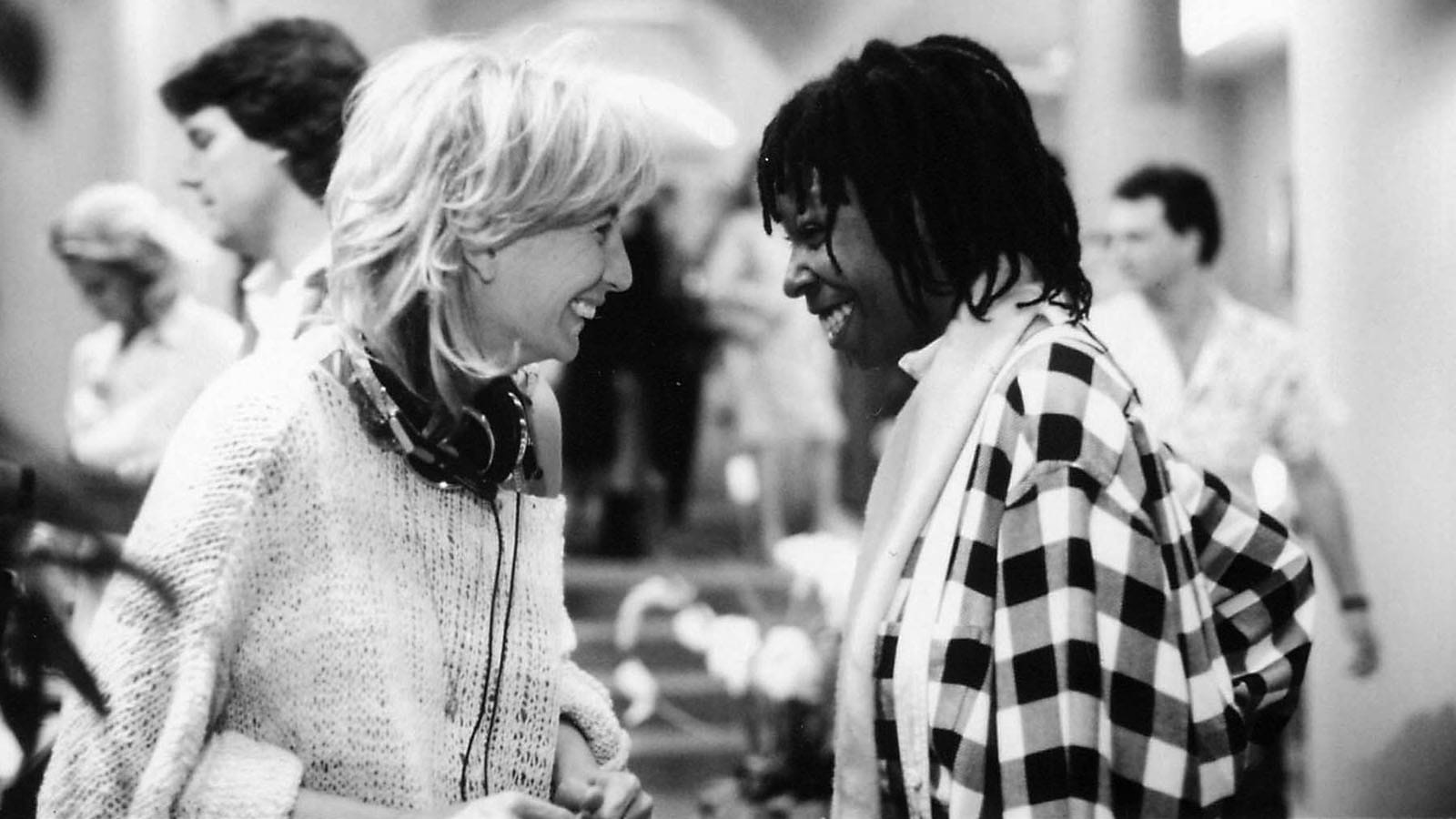 Kristen is back with The Second Volume of Her Story. This column she’ll be taking a look at director Penny Marshall’s career by looking at her first (Jumpin’ Jack Flash) and her last (Riding in Cars with Boys).

When Penny Marshall passed at the end of last year it gave many a reason to revisit the acclaimed director’s work. Marshall crafted a classic American masterpiece with A League of Their Own but was never entered into the pantheon of big directorial names, even alongside other female directors. Her works went on to be nominated for Oscars, yet she herself never saw a Best Director nomination. Is it because her films never felt easily categorized? Kicking off this new volume of Her-Story I wanted to look at directors and actresses in terms of film movements, and it’s worth starting with Penny Marshall. A director whose first and last films situate her as a director whose characters were just as complex, and not always as easily digestible, as her directorial choices.

Penny Marshall came to prominence playing the brassy Laverne DeFazio in the sitcom Laverne & Shirley. In the era of Women’s Lib, Laverne & Shirley broke barriers, presenting two blue-collar women working through the struggles of having little money, while giving them opportunities to be romantically free without judgement. Watching Marshall’s first and last directorial features, the spirit that permeates Laverne & Shirley is evident in the characters of Terry Doolittle and Beverly Donofrio.

In 1986 Marshall received her chance to direct a feature, the action-comedy Jumpin’ Jack Flash. Replacing director Howard Zieff after six weeks, Marshall’s film tells the story of Terry Doolittle (Whoopi Goldberg), a woman in love with old-school noirs who ends up becoming the star of one when a mysterious British agent starts communicating with her through her work computer.

Marshall’s first film is a confident debut that hearkens back to classic films like The Maltese Falcon and Casablanca (both seen in posters in Terry’s room). But Marshall makes a point of emphasizing Terry’s strength and ingenuity is on par – and even above – the white men that anchored those legendary features. In fact, Terry is almost a take on Marshall’s Laverne with her devil-may-care attitude, constant chatter, and ability to end up in insane situations; both Goldberg and Marshall are also adept at physical comedy.

As a heroine, Terry doesn’t just subvert the noir conventions of masculinity and whiteness; she becomes a woman who calls out racism when she sees it. As is the case when a police detective, played by Marshall’s own brother, Garry, asks if she’s a hooker. Marshall would direct two movies with African-American leads, this and the 1996 holiday film The Preacher’s Wife. In each film, typical “white” storylines are turned into features with minorities in positions of power. In fact, The Preacher’s Wife, a remake of the 1940s film The Bishop’s Wife, co-opts a white storyline from the classic era to showcase how remakes can (and should) include more diverse casting.

More than anything Marshall’s features emphasize feminine strength. Terry Doolittle is never a damsel in distress. When the agent known as “Jumpin’ Jack Flash” wants her to go home and end the mission because she’s a woman, Terry gets indignant. In all Marshall’s projects, women are strong, intelligent, and, in the case of Riding in Cars with Boys, angry at men for limiting them. This is a theme also seen in 1994’s A League of Their Own, wherein the All-American Girls’ Baseball League is seen as little more than a distraction until the boys come home from where, whereupon it’s disbanded and the women are told to go home. For Marshall, it is society that expects women to provide support without complain.

Marshall’s final directorial output – for the moment since she was working on a documentary about Dennis Rodman before her death – Riding in Cars with Boys (2001) is an adaptation of the memoirs of Beverly Donofrio. Played by Drew Barrymore, Beverly is smart and the apple of her father’s eye until she gets pregnant at 15.

Where Jumpin’ Jack Flash blends action and comedy, Riding in Cars with Boys is a serious, and at times painfully authentic drama regarding being a woman growing up in the oppressive 1960s. Beverly’s pregnancy causes her to continually attempt to balance her own individuality and personal dreams with that of her child and family. At times the film is painful in its examination of women who end up as single mothers and question their love for their children. At one point Beverly questions whether she loves her son or “I have to love him.” And just as Beverly starts to get her life going, outside influences dominated by the men in her circle (her junkie husband and cop father) remind her of her place.

Riding in Cars’ biggest divergence from Jumpin’ Jack Flash is how overt Marshall is with her views on femininity. Where Terry saves the day and gets the guy, Riding in Cars doesn’t have that. Beverly ends the film still searching for herself, but with a new awareness of herself as a person and her relationship with her child. Beverly doesn’t need a man in the end. She never has, and that’s okay. Terry, to her credit, also doesn’t need a man, but does like that she’s found one in the end. The difference is in Marshall’s presentation of the confidence of these women, and that being single isn’t a death sentence.

Penny Marshall was never nominated for a Best Director award and that will always hurt. Her features throughout her career presented women as strong and capable while also showing them as messy and complicated. With just her first and last films presented side-by-side, it’s evident that her movies revered the harsh choices women had to make while also reconfiguring classic film structures for a new point-of-view.