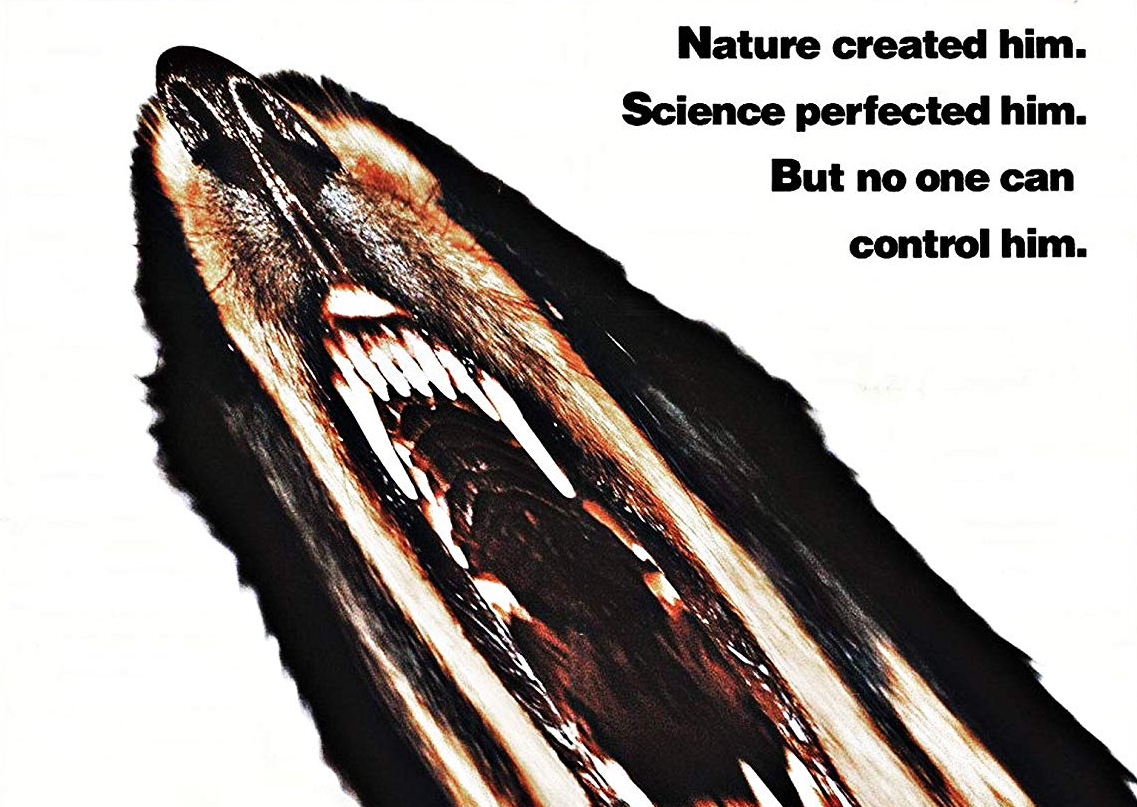 Adam finds Man’s Best Friend positively delightful in it’s taking of the Killer Dog troupe and infusing it with a bit of 90s Crichton-era Pseudo-Science and all the Lance Henriksen you can handle. Scream Factory has given it a new transfer and extras too boot!

For some of us New Line Cinema from 1984 to 1995-ish was “THE” du jour studio for genre filmmaking. Nightmare on Elm St., The Hidden, Teenage Mutant Ninja Turtles, Critters, The Mask, House Party, Hairspray to name just a few(the original). How on Earth did I miss Man’s Best friend is beyond me. The mixture of Cujo, Terminator, and Old Yeller is a confection too good to pass up. You add in the Lance Hendricksen… you have got your self a true blue cult classic.

Lori Tanner (AIly Sheedy) is an on-the-rise News Reporter. She gets her big shot at a real news story involving animal testing. She and her camera person Annie (Trula Marcus) sneak into E- MAX a facility ran by the nefearious Dr. Jarret (Henriksen). About to be caught by Jarret the
reporter run but finds a new companion in Max (a dog that was locked in the facility). Lori quickly begins to learn that max is no ordinary pup. As Jensen begins his dog hunt, Max shows just how homicidal a genetically engineered so per puppy can be.

Writer-Director John Lafia understands the exact film he is making with Man’s Best Friend. The film smartly opts out of a tongue-in-cheek tone, going for a somber serious tone, with a few exceptions. Though, it does understand it is making a killer dog movie that is essentially a Michael Crichton retelling of Old Yeller. Part of the adroit nature of the film is that it makes you care about Max. Max and his shenanigan at the beginning are harmless fun. it’s the slow turn from intelligent best pet ever to homicidal tactical attack dog from Hades is the most fun and at some points truly disturbing. The infamous cat scene is all the hilarity one could ask for, but the Scene of Max assaulting another dog while” They called it puppy love” is quite disturbing and tasteless as it feels like its played for laughs. Though at runtime of 87-minutes (that is with credits) it doesn’t linger on anything that could be offensive too long. Though Viewer be warned, this film shows multiple scenes where humans attempt and some cases succeed in abusing Max.

Other that those warnings Man’s Best Friend is top rate explotiative B- Movie Awesomeness. Grab your popcorn and a group of friends for this one. It’s a Midnight Movie crowd pleaser.

The new 2K Scan of The Original Film Elements gives this dog a shiny new coat!  Sorry, just couldn’t help the pun.  But the pun is sincere.  The film looks great.  Scream Factory has managed to get correct balance of Grain and Sharpness for a pleasing warm picture.  The transfer looks like one of the best newly struck archival prints you’ll ever see.

The Commentary by Lafia is sparse with long silences. But when there is commentary Lafia is an engaging speaker discussing the in’s and out’s of the production and the difficulties in working with the dog, the joys of working with Lance Hendriksen, and pointing out some of the critical things he did not like.

Rounding out the disc are 3 trailers and 2 TV Spots.  Very ‘90s is all this review can say about these ads that definitely sells the high concept without any of the more interesting aspects of the film.

Man’s Best Friend is Midnight Movie Madness at its finest.  Cut directly from the source, pure and undiluted.  Scream Factory has done it right with a beautiful new  2K Transfer.  Highly Recommended!!!