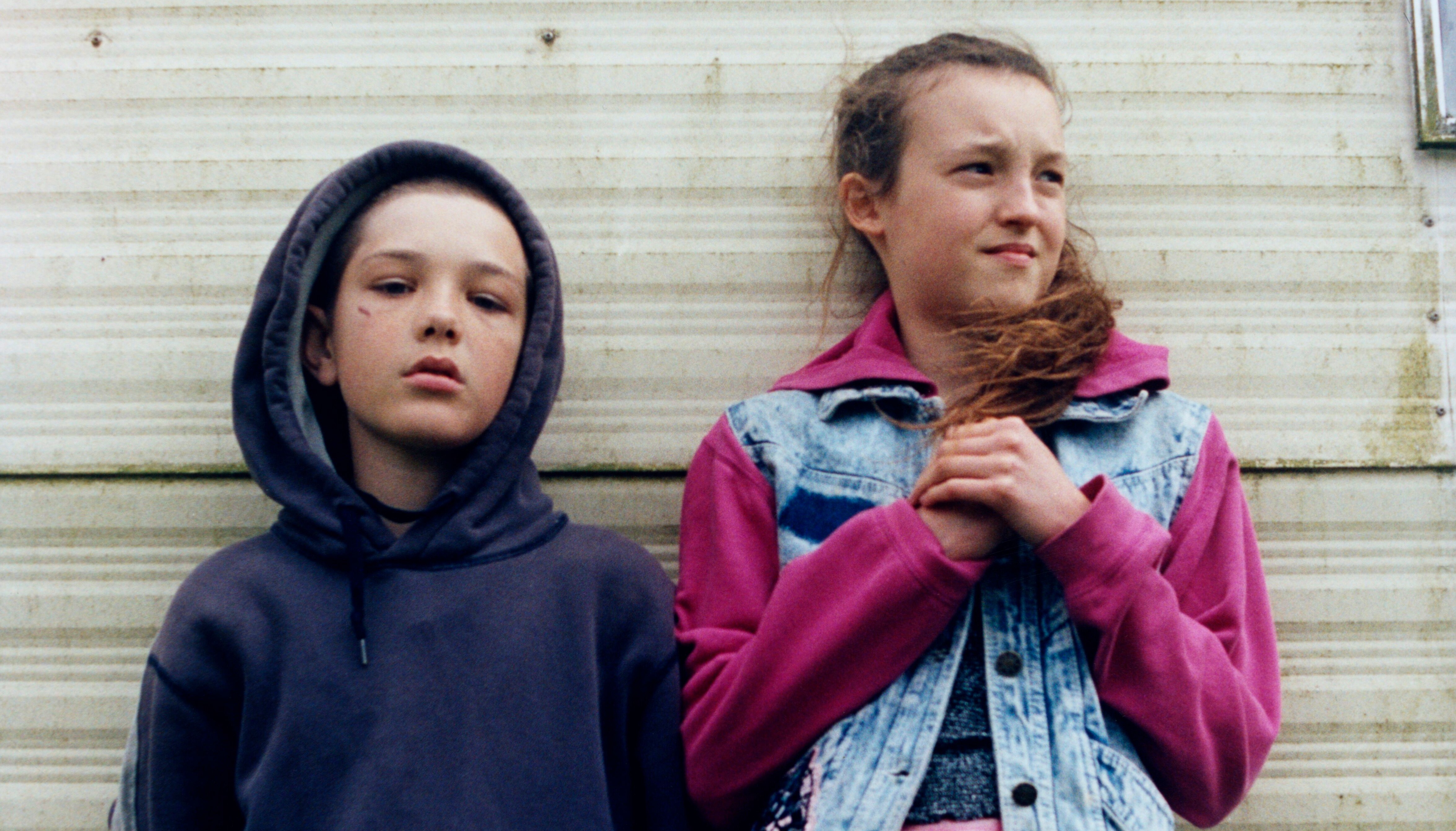 Enticed by the presence of the always good Samantha Morton, Marie took a trip to the seaside with Two for Joy, a piece on a family’s grief and the inability to cope with life’s events.

Note: there will be a screening at Screen on the Green, Islington on 20th Feb, which you can get tickets here!

The always good Samantha Morton is Aisha, recently bereaved and completely unable to cope with her grief enough to look after herself, let alone her two children; Vi (Emilia Jones) is trying to study for her exams while also parenting both her mother and her younger brother Troy (Badger Skelton), a troubled youngster who has been expelled from school and spends his days fishing. Trying to find something to help put their lives back together, they decide to spend time at the family’s summer trailer overlooking the sea. There they come into contact with the site’s caretaker (Daniel Mays, an inexplicably benevolent figure), his sister (Billie Piper) and her out-of-control daughter Miranda (Bella Ramsey, probably recognisable as Game of Thrones’ Lyanna Mormont).

As their lives intersect, a string of avoidable, terrible things happen where no-one is directly at fault, but where the adults have definitely lost (or perhaps never had) a proper grasp of parenting, and where grief or guilt get in the way of sensible choices.

Two for Joy is very much a slice of social realism, shining a light on mental health issues and the stresses on young carers. Hand held cameras follow the characters around rooms, up and down stairs, almost documentarian – as if we have just dropped in to the lives of this family. The entire film is screened with a black surrounding frame, with rounded corners, lending it something of a home-movie feel – just not quite as grainy. The family unit of Morton, James and Skelton are clearly struggling, and it almost feels like an intrusion into a difficult time of their lives.

The big question is – whose story is this? The mother’s mental health struggles leave her unable to be a successful parent and so she is distanced not only from her children but, as a result, from the narrative too. She’s an outsider looking in, unable to muster the strength to intervene where required, so it’s not her story and that makes sense. We spend a lot of time with teenage Vi, learning to understand her predicament to the point where we have huge sympathy for her and yet it’s ultimately Troy’s story, which only becomes clear in the last 20 minutes, in my view too late for the viewer to transfer thoughts from his sister to him, resulting in a somewhat unsatisfactory dénouement. The additional three characters serve as little other than catalysts, and it might have worked better to keep them out of it completely, to allow more space to focus on our grieving family unit.

If you’re a fan of low key British films high on social commentary, then Two for Joy is worth a look – just don’t expect too much of the joy mentioned in the title.

Two for Joy is available for pre-order now through iTunes here!