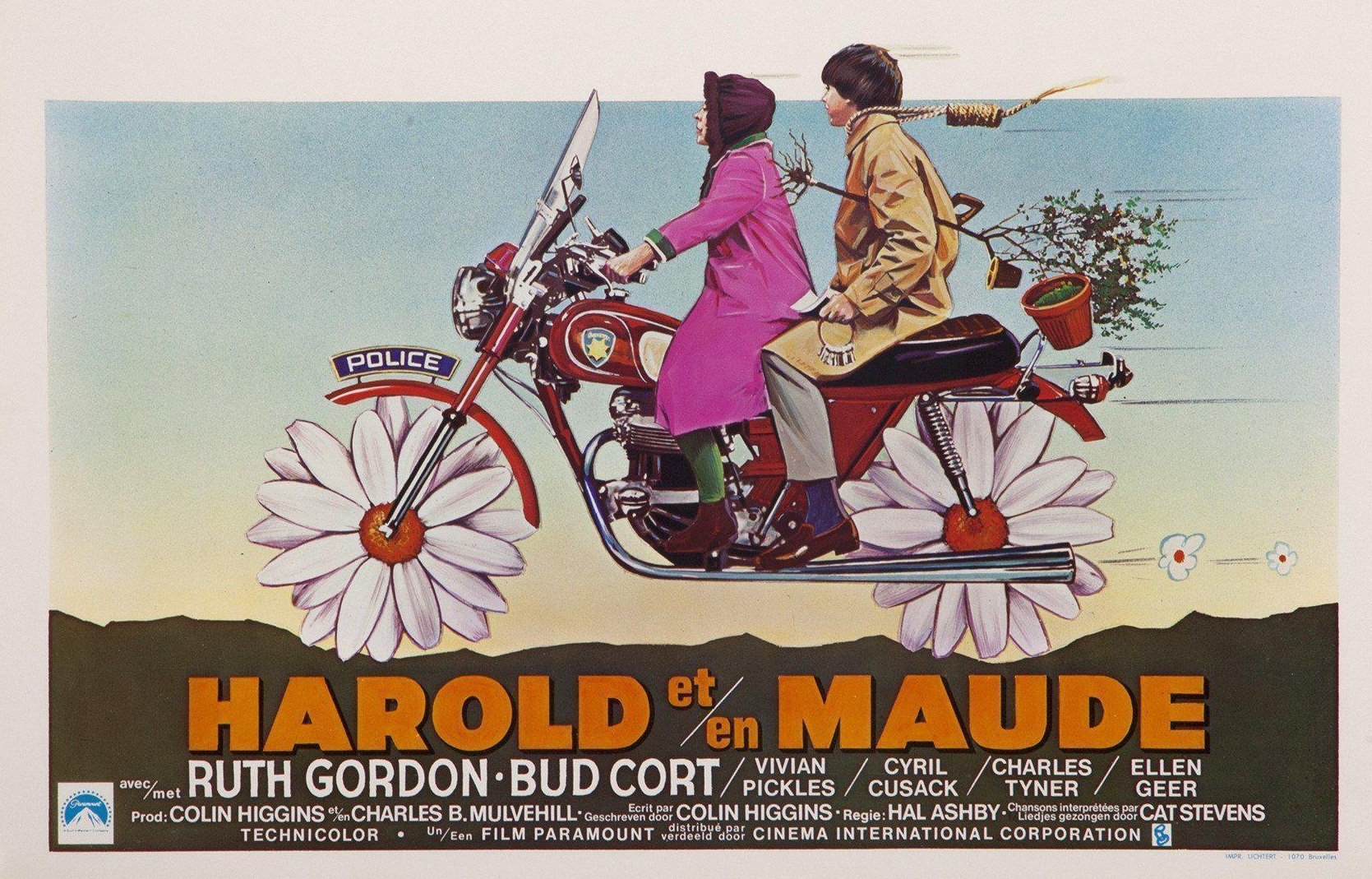 Olivia brings us a Valentine’s Day surprise with an early edition of the Revamp where she takes on the Hal Ashby beloved Cult Romance starring Bud Cort and Ruth Gordon.

I will admit dear reader(s) that when I chose Hal Ashby’s 1971 dark comedy Harold and Maude as the revamp for the lovely month of February, I did so with humor and sarcasm in mind given the story line in relation to the time of year. This was not out of spite of being a single individual during Valentine’s Day, or against May-December relationships, but more so towards a holiday that often promotes the material side of ‘love’ instead of the emotional and often neglected, authentic side of the experience. Yes, while I would love to enjoy a chocolate covered strawberry or two, and a homemade valentine always does the heart good, there is more to love and to life than a grown adult showing up dressed as a cherub with an extravagant flower arrangement.

(Yes, I have seen that happen).

When anyone hears the plot of Ashby’s film; a young and rich man obsessed with death (Harold, played by Bud Cort) changes after meeting vibrant, and septuagenarian Maude (Ruth Gordon) at a funeral with whom he falls in love with, it seems like the start of a dated joke.

Older woman + younger man + love = what kind of film is this?

The (surprising) answer: it is the reality call we all need regarding loving others and more importantly loving ourselves and our own unique life journeys for what they are and what they mean to us.

As Rotten Tomatoes put it best (giving the film an 84%, and audiences giving it a 93%), “(Ashby’s) comedy is too dark and twisted for some, and occasionally oversteps its bounds, but there’s no denying the film’s warm humor and big heart.” It must be the warm humor and big heart that caused the film to be nominated and well received by several organizations and committees, such as the Film Preservation Board, the Valladolid International Film Festival, the Academy of Motion Picture Arts and Sciences, and the British Academy of Film and Television Arts.

Looking back the film, much like The Graduate (1967), was beyond its time when it came to the image of (first) true love. Today the variety of true loves is immense, and the world is beautiful because of it. So, in the true spirit of the season, here is a special V-Day edition of The Revamp (it goes well with a merlot and popcorn).