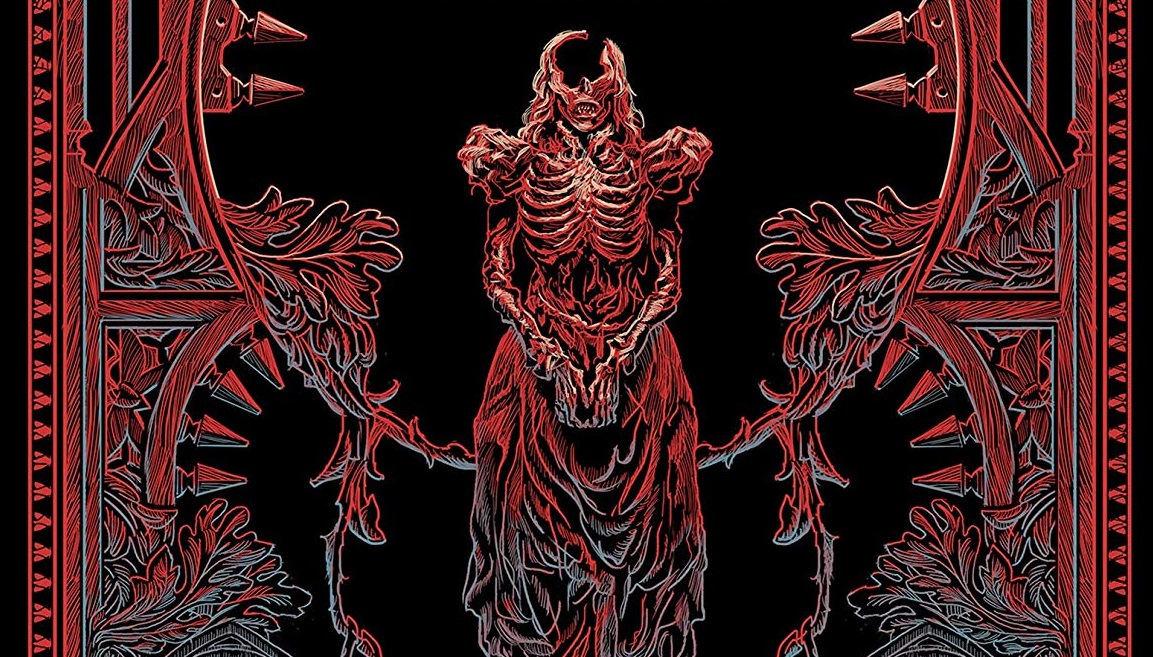 When I reject a film outright I don’t completely forget about it. Rather I hold on to that film and the approach it with new eyes in a few years. This is what happened with Crimson Peak. In 2016 1 outright rejected the film. I felt I was given a bill of spoiled goods. A film not quite a horror film and not quite a Romance. I should have looked to my favorite literary Romance for the answer, Jayne Eyre.

Crimson Peak comes from the same literary tradition of Gothic Romances. With that lens, the del Toro film is one of the most mislabeled films of the last few years. A doomed Romance with a huge fatalistic streak and a ghost story more sad than frightening. Del Toro is working in his wheelhouse as much as anything he has done before giving us one of the most unusual films of his careers (that is until The Shape of Water).

The story of the complicated triangles of Romance betwixt Edith Cushing (Mia Wasikowska), Thomas Sharpe (Tom Hiddleston), Dr. Alan McMichael (Charlie Hunnam), and Lucille Sharpe (Jessica Chastain) all play a part in the Romance but in the most unexpected way.  Murders corruption, extortion, murder, and gas lamping all play a part of the story of Crimson Peak.  The film plays out as more mystery than ghost story or haunted house story.

Though Guillermo del Toro thinks of this as his best work even upon reflection it is not. Though it is not the travesty I or others thought. The same directorial flourishes, themes, and production design that earmark a del Toro production are here.  What is lacking is the sort of genetically ingrained passion.  Similar to Scorsese’s King of Comedy, the film is brilliant but lacks the director’s trademark passion and replaces it with a distance from the subject.

Crimson Peak feels like a director spread too thin, someone though creative not inspired beyond his normal fetishes and conventions. That is the biggest question and critique at the heart of Crimson Peak. Can a film be a vital and worthy entry into a director’s filmography if it’s told without the normal passion that director is known for?  In the aforementioned King of Comedy, the answer is an unreserved yes because that is partially the point and how the director envisioned the piece.  In this case, it is more yes than no. Crimson Peak will remain one of the lesser del Toro efforts but will still attract its share of ardent detractors and fans alike. Ultimately, this is both Crimson Peak‘s gift and curse.

Though not listed, this re-Grading and possibly New Transfer is nothing short of stunning.  The image from the original release was always a more “red-hued” transfer.  It suffered from every worse impulse that Universal home video has, pushing the color, DNR’ing the image to within an inch of its life.  Those issues are gone.  What you’re left with is what you expect from a Guillermo Del Toro Blu-Ray, a beautifully crisp image with the right amount of grain structure giving an almost ethereal beauty to the transfer making it feel like a 35mm print.  It’s nothing short of stunning and this alone would be worth the price of the upgrade.

The Audio Commentary is ported over from the original release.  As per usual del Toro is a magnificent speaker and takes the listener on an audio tour of the production.  One can usually listen to a del Toro commentary multiple times for sheer entertainment value.  Here is no different.  The director sounds a bit wounded from the reception of his film and is in a bit of a defensive mood (it was recorded only a week or two out from its theatrical release).  As the movie moves forward del Toro lets his guard down and is back to his jovial and detailed self.

The House Is Alive is a 50-minute newly created Documentary on the making of Crimson Peak.  This is honestly this is the kind of feature one comes to expect from a Guillermo del Toro Blu-Ray that was not present on the film’s initial release.  This documentary is a great nuts and bolts making-of but done with a huge streak of artistry.  Beautifully edited and composed the featurette is composed of talking head interviews, behind-the-scenes b-roll footage, and pre-production art.  The detail they go into is astounding from the origins of the film to the fact they built the entire house (both interior and exterior) on location to the detailed models that Production Designer Tom Sanders had done in preparation of working with del Toro.  It is one of the most considered and artful making-of’s that this reviewer has seen.

The Spanish Language interview with del Toro runs about 8-minutes and he covers a lot of the references that went into creating the film.  Films and novels like Dragonwyck, Rebecca, and Gaslight and how they formed a “visual cohesion” for the film and worked as references for the actors to explore.

A Primer on Gothic Romance is a 6-minute featurette with soundbites from Jessica Chastain, Guillermo del Toro, Tom Hiddleston, Mia Wasikowska, Jim Beaver, and Charlie Hunnam.  The featurette pulls out behind-the-scenes photos, production art, and various other clips to explore the difference between Gothic Romance and Gothic Horror.

The Light and Dark of Crimson Peak is an 8-minute featurette featuring comments by Shane Vineau and others from the crew about the use of Color in the sets and how they differ from Buffalo, New York, and England.  An interesting tidbit about the story, del Toro chose Buffalo as it was the most “electrified” city in 1902.

Hand Tailored Gothic is a 9-minute interview with del Toro and Costume Designer Kate Hawey about the intricate costumes.  The featurette goes into how the Costumes worked within the confines of the sets and were specifically designed for that purpose.

A Living Thing is a 12-minute featurette with del Toro and Tom Sanders discussing the creation of the amazing sets and the house which was built as an entire interior and exterior set.  Sanders goes into detail about how the house is not Gothic but Gothic revival and was designed as another “character”.  The featurette is amazing if just for getting more up-close views of the models that Sanders built.

Beware of Crimson Peak is an 8-minute guided tour of the Allerdale Hall set by Tom Hiddleston on the last day of production.  It’s too bad that the tour isn’t one long continuous take but all the same its impressive to get an idea of how interconnected everything is on the set.

Crimson Phantoms is a 7-minute featurette on the “Ghosts” featured in the film.  David Martí and Montse Ribé who were the primary designers discuss the challenges and unique design of the spirit.

Kim Newman on Crimson Peak is a 17-minute video essay where Newman discusses the Gothic Romance tradition including Hitchcock’s Rebecca, The Bronte Sisters, The Corman/Price Poe Adaptations, Mario Bava, and even how this relates to the Twilight Series and Fifty Shades of Grey.

Violence and Beauty is a 23-minute Video Essay of the work of Guillermo del Toro and how Crimson Peak, Pan’s Labrythin, The Devil’s Backbone, and The Shape of Water all take from both Fairy Tales and Gothic Romances.  Here the essay shows us the subtle differences between the two using del Toro’s filmography as an example.

The deleted scenes amount to about five minutes.  Judging by the polished and completed nature of the work it appears that this was last minute trims before the release.  Nothing that will change opinions but interesting odds and ends no less.

Rounding out the extras are the Trailers for both Domestic (eg US) and International, TV Spots, and a Still Gallery.  Both trailers lean heavily on the “supernatural” aspect of the film and less the Gothic Romance.  The Still Gallery is filled with 35 production stills, unfortunately, none of the great artwork featured in the various documentaries.

Crimson Peak deserves to be re-assessed by everyone that did not like it upon release.  Arrow Video has made a convincing case that this may be the underrated del Toro fim we all missed.  They have packed this edition to the gills with amazing content and a regraded transfer that makes this a HIGHEST POSSIBLE RECOMMENDATIONS!!!