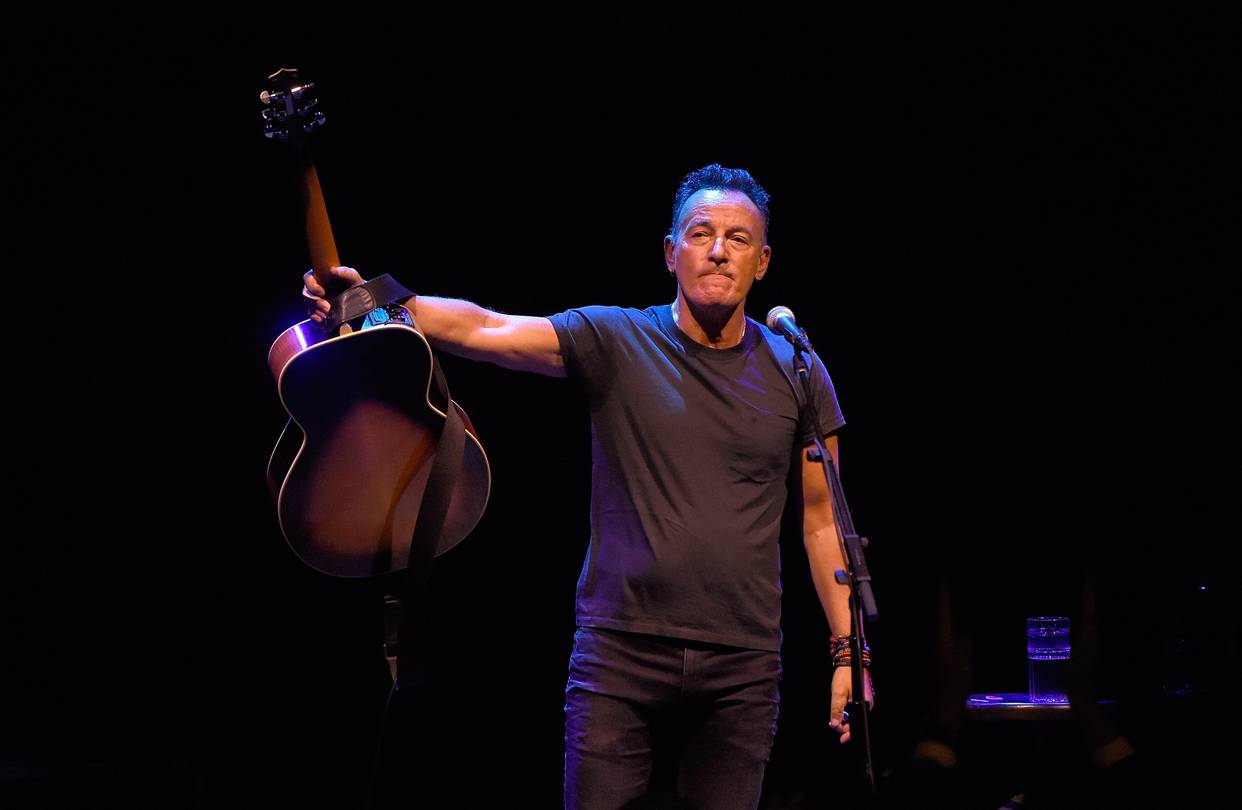 Who’s the greatest musician in the history of rock & roll? I’ve debated this subject with my music-loving friends over the years. Elvis Presley? He’s undoubtedly one of the best performers of all time, but he didn’t write his own songs and wasn’t a master of any instrument. Prince? Great songwriter and a crazy good guitar player, but the quality of his output faded over the years, and his 21st century work doesn’t hold a candle to his work from the 1980s.

Maybe Michael Jackson? Certainly, the King of Pop, but not a rock musician, and his 21st century work was largely mediocre. The Rolling Stones? Certainly one of the best bands of all time, but name a truly great song that they’ve written in the last 20 years.

My answer has always been Bruce Springsteen. When it comes to longevity, The Boss has released seven studio albums in the past fifteen or so years. The Rising, released in July 2002 is one of the finest musical examinations of post-9/11 America ever recorded and rivals Born in the USA and Born to Run for capturing the zeitgeist of an era. At the age of 66, Springsteen played to 160,000 fans in May 2016 during a two-night stand in Dublin. Less than a week ago, he finished a sold-out Broadway run of 236 one-man shows that blended story-telling with performances of classic songs and deep album cuts. He’s planning on taking a breather and then releasing a new album in 2019 as he approaches his 70th birthday.

He’s nothing short of a force of nature and doesn’t know the meaning of the word “retirement”. Springsteen’s brilliance is on full display in the new Netflix special Springsteen on Broadway that hit the streaming service on December 16th. The show clocks in at 2 1/2 hours and features Springsteen discussing his family and his personal life in intimate detail while performing solo acoustic versions of songs ranging from “Born to Run” and “Born in the USA” to “The Ghost of Tom Joad” and “The Wish”. You’ll laugh. You’ll cry. And you’ll marvel at a man who was simply born to be on stage.

Springsteen’s performing style has always been a bit of a dichotomy: hours and hours of rehearsal that yield a performance that feels completely spontaneous. In 2009, Springsteen and the E-Street Band played the Super Bowl and spent hours rehearsing a 12-minute performance comprised of songs they’d been playing for years. He is a perfectionist’s perfectionist. And somehow the performances never grow stale. I’ve seen him in concert over 25 times (amateur hour to die-hard fans), and every time he plays like it’s the last time he’s going to pick up a guitar.

Springsteen on Broadway is no different. It clips along like a finely-tuned machine born of hours upon hours of planning and staging, but it has an urgency to it that grips the audience and won’t let go. The special does have one secret weapon: Springsteen’s sense of humor. The Boss makes fun of himself and often seems bemused that he’s become a rock icon. In the opening minutes of the performance, he reminds the audience that he grew up on the Jersey boardwalk and the area is known for engaging in a little bit of fraud. As he jokes at one point during the show, he didn’t even have a driver’s license at the time he was writing “Racing in the Street”.

Bruce Springsteen has been the soundtrack of my life. I saw him for the first time in March 1988 when I was on Spring Break during my freshman year of college. My high school sweetheart was with me. We’ve been married for 27 years now. She and I have danced in the aisles at many of his shows as the years have marched along. We’ve always considered “Thunder Road” to be Our Song (although it was written when we were seven-years-old).

They say you should never meet your heroes. The Boss ignored that old maxim with his autobiography and this solo concert run and decided to pull back the curtain so his fans can see the man behind the myth. Even the most rabid fans have no right to intrude into a performer’s personal life. But, Springsteen has always built a sense of community with his fans, so it seems fitting that in these late stages of his career he is baring his soul to those of us who’ve been on this amazing ride for decades now. Springsteen on Broadway is probably as close as I’ll ever come to having an intimate conversation with the rock ‘n roll superstar, and I’m fine with that.

Springsteen on Broadway is streaming now on Netflix