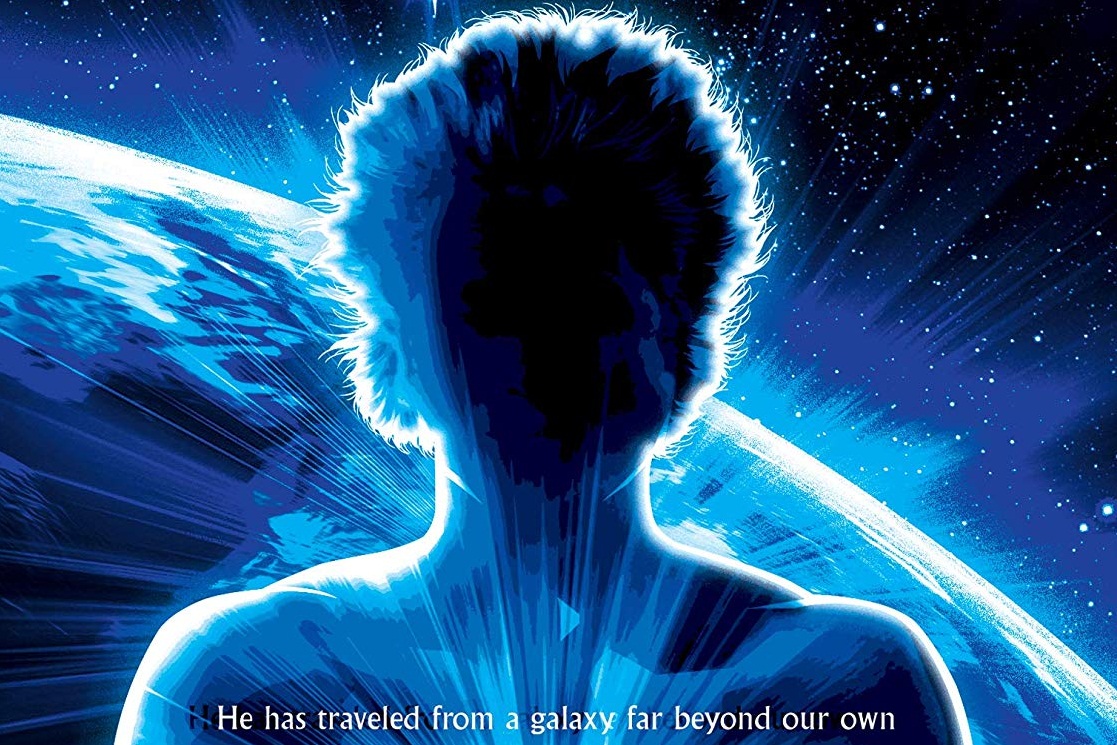 Everyone has slept on what could arguably be John Carpenter’s refined piece of commercial filmmaking in Starman.  A science fiction romance road movie that is elevated by its central performances by Jeff Bridges and Karen Allen.  Starman doesn’t just stand out of Carpenter’s filmography because of its sensibilities as a home run commercially but because it reveals the director as a storyteller of uncommon emotional understanding and sensitivity.

The film takes the premise that the Voyager 2, which was sent off to space in 1977,was eventually found by an alien species. That species sends an explorer of sorts. That explorer crash lands in the front yard, or close enough, to widow Jenny Hayden (Allen in a pitch-perfect performance).  The alien stranded asks for help, which will be there in 3 days.  Morphing itself into the shape of Jenny’s deceased husband, the duo drives from Wisconsin to New Mexico with the Government quickly on their trail.

Rather than some sort of Spielbergian adventure film, Carpenter rightfully takes a cue from Howard Hawks’ It Happened One Night.The director along with his screenwriters have created a film that is both a romantic comedy and science fiction film in equal measure. Not known for being a “funny” filmmaker, Starmanhas the director working with the lightest of touch.  There are more moments that are outright laugh out loud funny, and the director acquits himself as he had in any genre;perfectly.

Both Bridges and Allen are impeccably cast as the romantic leads.  Bridges with Starman begins to unlock that strange and odd magical quality that has brought him such success late in his career.  As Starman Bridges’ underplays everything for maximum effect, using almost bird-like physical ticks to show an audience a stranger in a strange body.  One of the greatest crimes is that Karen Allen was never cast in roles that rose to her talents like they had here and in Raiders of the Lost Ark.  As Jenny, she is the broken heart healed at the core of this romance.  Allen has to do the heavier lifting of the two playing the emotional beats with real heft.  If one gets emotional at the film’s climax it is because of the work was done by Allen is so strong and performance.

Starman is not just a great science fiction film but a great romance.  A romance of unique beauty that fans of Carpenter should no longer sleep on.

Scream Factory has gotten a Hi-Def transfer from Sony that’s nothing short of beautiful.  One wished Sony had placed money in for a new 4K remaster but there is nothing wrong with this transfer.The image is beautiful razor sharp.

The Best feature is by far the Audio Commentary featuring Jeff Bridges and John Carpenter.  The commentary recording in the mid-2000’s for a UK DVD edition.  This may be the best Commentary done by Carpenter from a technical standpoint.  Bridges acts as a curious interviewer helping bring out a more loquacious Carpenter. They have an all-around great discussion about the nuts and bolts of filmmaking like rehearsal periods, the references within the film, filming day to day, stunt work, special effects work. The commentary does make one wish that Bridges and Carpenter found a way to work together as the commentary definitely shows a mutual admiration for one another.

They Came from Hollywood: Re-visiting STARMANis a 27-minutes making-of documentary featuring Director John Carpenter, Actors Jeff Bridges, and Charles Martin Smith, And Script Supervisor Sandy King-Carpenter.  The handsomely produced featurette does not unfortunately have Karen Allen but does have a wealth of production information.  Of course, Carpenter is brutally honest but very proud of the work he’s done with the film. The featurette goes into the geniuses of the project, the production, and release of the picture using a wealth of BTS footage, photos, and scenes from the film.

The Vintage Featurette is an 11-minute making-of that Scream Factory has smartly included in this set like they have before in the past.  The featurette produced during the production of Starman features some great b-roll footage and interview footage of John Carpenter, Jeff Bridges, Karen Allen, and Charles Martin Smith discussing the sci-fi romance.

Rounding out the special features are the Teaser Trailer, Theatrical Trailer, and 4 TV Spots all not remastered.

For Film Fans this should be a no-brainer purchase.  Scream Factory has corrected an ill with the release of this Collector’s Edition of Starman.  Come for the movie, stay for one of the best Carpenter commentaries.  HIGHEST POSSIBLE RECOMMENDATIONS!!!