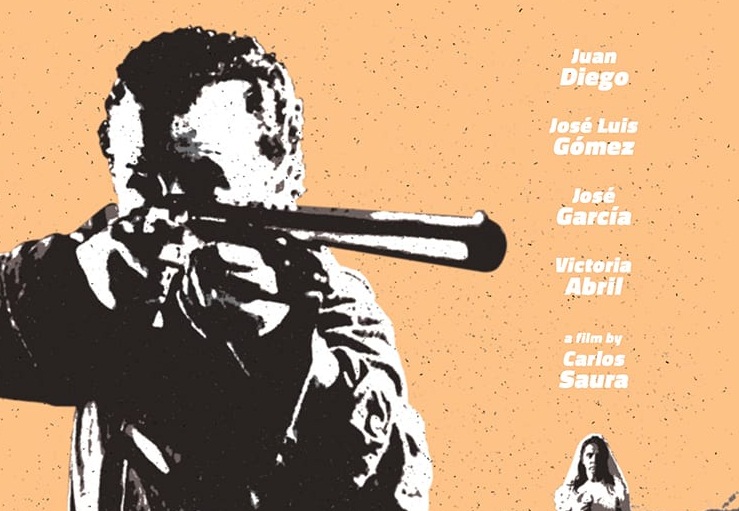 Adam takes a look at the real world cost of vengeance in the Spanish Drama The 7th Day (El 7º día) new to Blu-Ray from Olive Films.

As much as the cinematic world writ large loves a great story of vengeance.  In reality, those story of cyclical vengeance is the most tragic.  Spanish filmmaker Carlos Saura attempts to tackle the human tragedy that vengeance costs.

The Jiménez family and the Fuentes family have been in a story of violence begetting more violence.  Beginning in the 1960’s with a young love betrayed that ends in violence, these families have circled themselves into a toxic situation that only begets more death.  Rather than focusing on those perpetrating the acts of violence, the film is told from the point of view of Isabel (Yohana Cobo) the middle daughter of José Jiménez (José Garcia) and Carmen Jimenez (Eulalia Ramon).  Isabel over the course of a summer as she begins to mature begins to understand and see this feud and what it has cost.  By summer’s end tragedy will engulf not only both families but the entire town.

Saura with screenwriter Ray Loriga has created a film that like United 93 or the very recent July 22 show the cost of violence in a very real and horrifying way.  The 7th Day allows room for the drama to unfold to show not only how this came to be but deflate any sort of exploitative ticks that may have crashed the entire enterprise.  The film builds to a moment of terrifying dread and unspeakable violence for a point.

This is not a film to raise anxiety levels for some visceral kick.  The film is designed to show the reality of what happens when the circle of violence widens beyond those intimately involved.  Viewers that have been rocked by the current string of mass shootings will want to be warned that this film could trigger from the stark imagery in the last twenty minutes.

Suara pulls no punches in his depiction of violence.  It’s designed to be terrifying like real-world violence it comes on as fast as it ends.  Ultimately, that is the point of The 7th Day.  Showing how much violence can take a toll on not just two families but an entire community.  Violence and vengeance are not sexy.  It is not something to be toyed with or to be taken glibly. The 7th Day speaks more to America in its current very volatile times than it does its Country of Origin and the time it takes place in.

Olive Films has been provided a beautiful transfer.  The film having been filmed in the summer months in Spain have the yellow burnt outlook of the rolling hills of wheat and vegetation beautifully photographed in 35mm.  The transfer keeps the grain structure on the lighter side though it is still present but not as heavy as this reviewer likes.  With that exception, the transfer is razor sharp with deep saturated black levels.

No Special Features were included in this release.

The 7th Day is a powerful film though not for everyone.  Highly Recommended, with viewer caution.