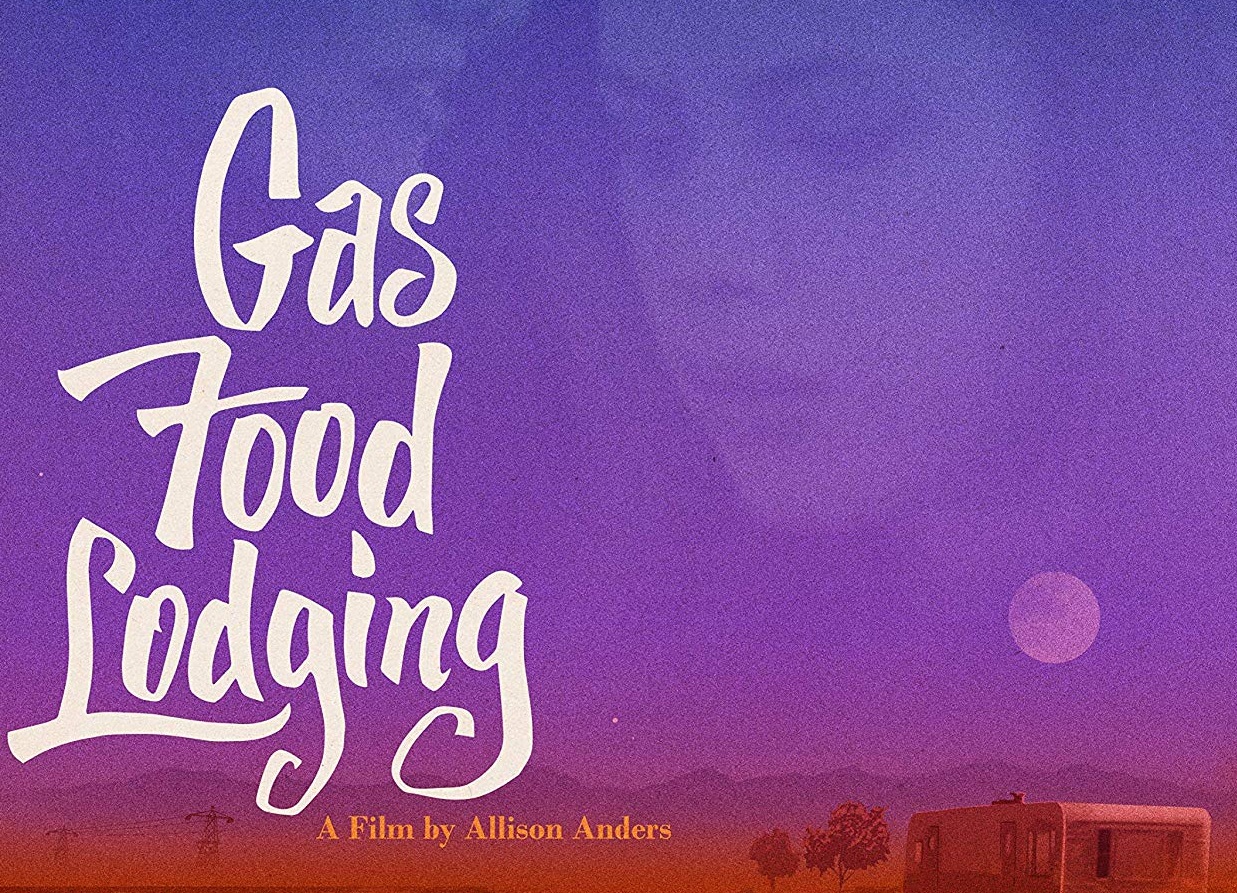 Come for the 90s hair and clothes. Stay for a great film by and about women. Gas Food Lodging gets a welcome HD update.

It’s the early 90s in small-town New Mexico. Boredom abounds and teenage sisters Trudi (Ione Skye) and Shade (Fairuza Balk) are each, in their own way, trying to find a way out – Trudi through the excitement of boys and Shade through the magic of cinema. They live with their single mother Nora (Brooke Adams) in a trailer park on the edge of the desert.

From the novel Don’t Look and It Won’t Hurt by Richard Peck, Gas Food Lodging is a glorious exploration of the search for love, freedom and family, adapted and directed by Allison Anders. In a new interview with Anders, included on this Blu-ray release, she admits that she added several episodes inspired from events in her own life to the story. It clearly works, as this relatively simple story by women and about women is incredibly truthful about the circumstances that each of them faces as they attempt to make their way through life. “Women are lonely in the 90s – it’s our new phase” says Nora, rejecting the advances of the married man with whom she has previously been having a relationship.

The big hair and the oversized coats may be locked in the 90s, but the stories of single-motherhood, of rebellious teenagers, of absent male figures – these are all beautifully relatable. The central cast can’t be praised enough – individually they all have their own travails, and together they are completely believable as a shaky family structure. They love each other, but living in such close proximity with no obvious redemption can be edgy; the sisters squabble and each can see they will turn into their mother if they don’t find a way out. The writing also ensures that the characters are not merely stereotypes of women, but they have fully-rounded histories which we receive glimpses of as the narrative unfolds.

This director-approved restoration of Gas Food Lodging from Arrow Academy comes with the above-mentioned interview with the director, and a fascinating documentary from 1995, Cinefile: Reel Women, which explores the challenges faced by women in the film industry and features interviews with Allison Anders, Kathryn Bigelow and Jane Campion among others.

Make time to see this, and show it to the women you know.