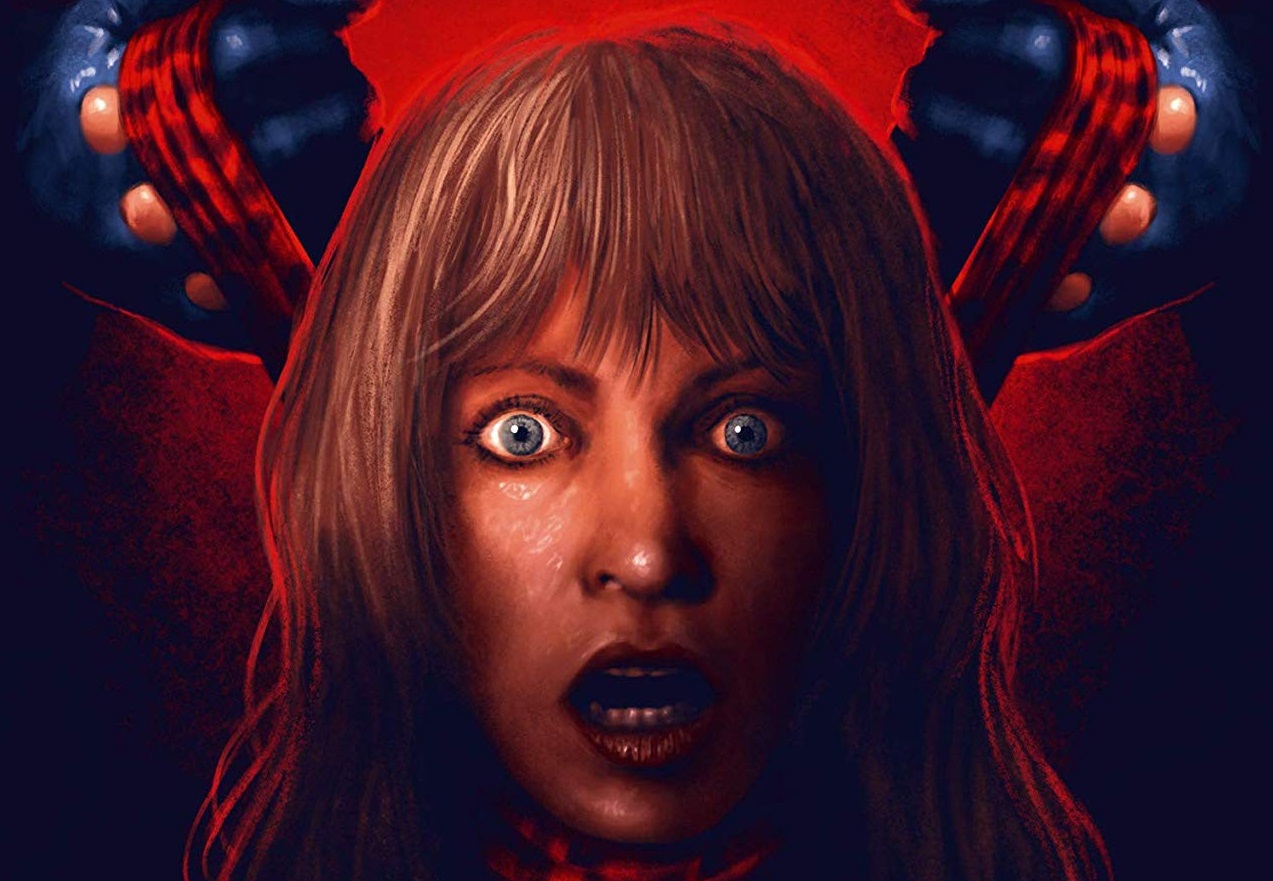 Adam appreciates Sergio Martino’s Torso and its place in the pantheon of Slasher Films but just can’t get into the late Italian Genre film director’s entry into the Giallo Gran Prix.  New from Arrow Video.

For all the lauding and being able to stake the claim as one of the first true Slasher films that follow the conventions to a Tee, Sergio Martino’s Torso is still a slow meandering ultimately lacking film.  Martino’s baser instincts as a filmmaker take more precedence than his storytelling acumen.  Though one must accept Torso’s place in the pantheon of the Slasher genre being the one that created the book on that particular subgenre’s storytelling cliches.

Torso follows a ground of young women as they are stalked and killed by a masked killer.  The reasons for this mask killer’s rampage?  A possible slight at the hands of one of these women. Possibly a disturbed childhood.  Possibly a lust for killing.  Probably all.  The killer methodically and perversely kills them in the same way, with a scarf.

One only needs to know this film was directed a full year before Black Christmas and predates Halloween by about five years.  Many can point to other instances but none of them are as clearly defined Slasher film than Torso.  Unlike Black Christmas which is a truly great horror film, Torso is not.  Part of the issue is Martino is allowed to revel in his own perversity and the sexual exploitation aspects of Torso.  If the sexuality has a greater component within the story beyond an excuse to make a softcore film on par with a Laura Antonelli starter, one could forgive these moments.  Unfortunately, these moments are treated with the sensitivity of a softcore movie you’d see on Late Night Cinemax.

Which ultimately Torso is buried under the weight of.  That grimy softcore sex is such a distraction it pulls you out of the film every time Martino goe there, which is as much as the movie kills characters.

The brand new 2K restoration of the film from the original camera negative by Arrow Films is nothing short of stunning. They have brought the care and expertise they have brought to all their Giallo releases.  The film is beautifully reproduced here with a nice sheen of grain giving the transfer an archival print feel.

Colors of Terror is a 34-minute interview with director Sergio Martino in which he discusses the development of Torso. He was inspired by the MIA Farrow starer See No Evil. How the films release though success was in the shadow of Last Tango in Paris. He discusses all aspects of the film from casting (he almost got Max Von Sydow).

The Discreet Charm of the Genre is a 35-minute interview with actor Luc Merenda. The actor discusses his career at the time and how he took Torso to get a change of pace (he was in primarily in Poliziotteschi) and working with Martino on various films.

Dial S for Suspense is a 29-minute interview with Co-writer Ernesto Gastaldi. He begins with a great Audrey Hepburn story and goes on from there. Gastaldi a jovial man discusses with a lot of honesty the times and how Martino and he became colleagues and friends. How Torso was made and a host of other topics.

Women in Blood is a 50-minute interview with Fredrica Martino actress/director daughter of Sergio. She discusses Torso legacy. Her watching her father’s films. She very interestingly discusses how she’d remake the film.

Saturating the screen is a 25-minute interview with film scholar Mikel J Koven. Where he discusses Giallo as a whole and specifically the films of Martino and Torso. Koven discusses how it relates to the coming of the slasher film. It’s a fascinating interview. Discussing the similarities and differences between Giallo and slasher.

Martino Live is a 47-minute Q&A done at the Abertoir Horror Film Festival. Both Martino and his daughter are present, his daughter doing translating for the Q&A.  It’s a lively discussion about the film and his career as a whole.

Rounding out the set are the Italian and English trailers.

Torso though a groundbreaking film isn’t a very good one.  Arrow has done a marvelous job with the transfer and the extras give us some historical context for the film.  Recommended for Fans only.

Arrow Video’s Blu-Ray of Torso is out now