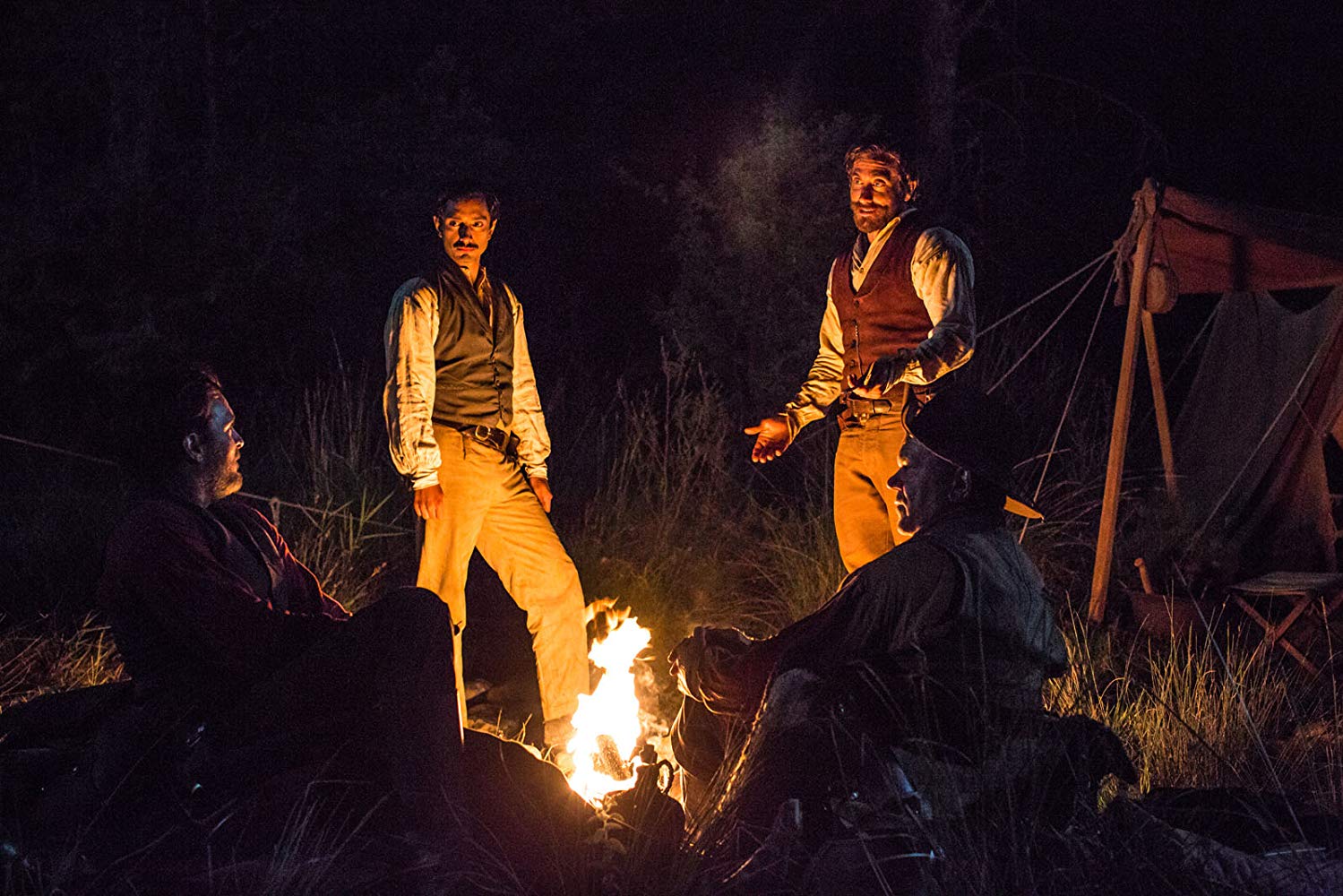 This may look like a classic western with its sweeping vistas, men on horseback, violent shootouts and bounty hunters, but look closely and you’ll actually see a character study of Eli, the older and more reserved of the titular Sisters brothers.

Charlie and Eli Sisters (Joaquin Phoenix and John C. Reilly) are under orders to rendezvous with John Morris (Jake Gyllenhaal), who has been sent to intercept Hermann Kermit Warm (Riz Ahmed). Warm has devised a new way to find gold, and the brothers want to get their hands on it.

For the first part of the film, we travel first with the brothers, then with Gyllenhaal and Ahmed, and flick between the two pairs until eventually all paths cross and it becomes a four-hander.

It’s in these pairings that the film has its strengths. As Morris and Warm get to know each other, a mutual appreciation develops between them; Ahmed and Gyllenhaal have already proven their on-screen collaboration in 2014’s Nightcrawler and it is good to see them working together again.

But of course Charlie and Eli are the main focus. Charlie is the hothead, the one who always goes one step too far and makes situations more difficult than they need to be. Just as cold-blooded as his brother, Eli is also a kind, more introspective person who evolves from a bit of a sad-sack into an understated hero while Charlie is still creating havoc with his impetuosity. The brotherly bond which they share is enough to keep them going through tricky circumstances.

While the plot is minimal, the relationships are intriguing and when all four actors are together, it’s magnetic. As an exploration of “what it means to be a man” I vastly preferred this to anything Clint Eastwood has tried to convince me of.

Now, can someone explain Jake’s accent to me?

The Brother Sisters is out now in the US