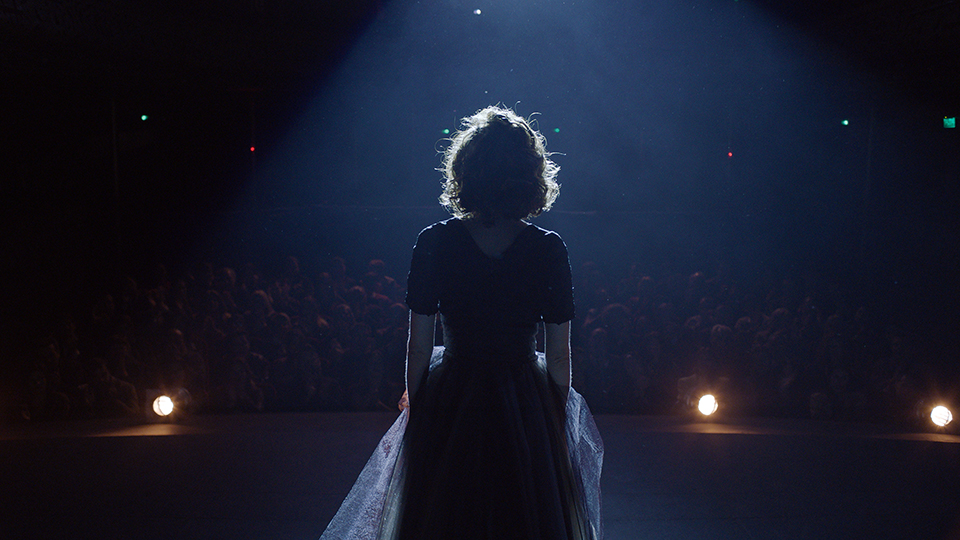 Valeria Bertucelli puts herself centre stage as she writes, directs and starts in The Queen of Fear.

A study of anxiety and panic (both on stage and in life), The Queen of Fear tracks Robertina through a number of stressful situations and the audience gets to see how she responds. Whether it’s a power-cut at home, a friends’ illness or the preparations for her one-woman stage show, when the fear sets in, Robertina’s ‘fight or flight’ response defaults to ‘flight’. She either finds an excuse to  run away from her responsibilities, or becomes so incapable of taking control of her own life that those around her are constantly left to pick up the pieces, even though some of them have significant worries of their own to deal with.

Bertuccelli is certainly magnetic on-screen, but I felt that the mess which is Robertina’s life was mirrored too closely in the structure of the film; it raised too many unanswered questions to keep me engaged, and consequently left me lacking in sympathy for the protagonist and not caring about what happened to her.