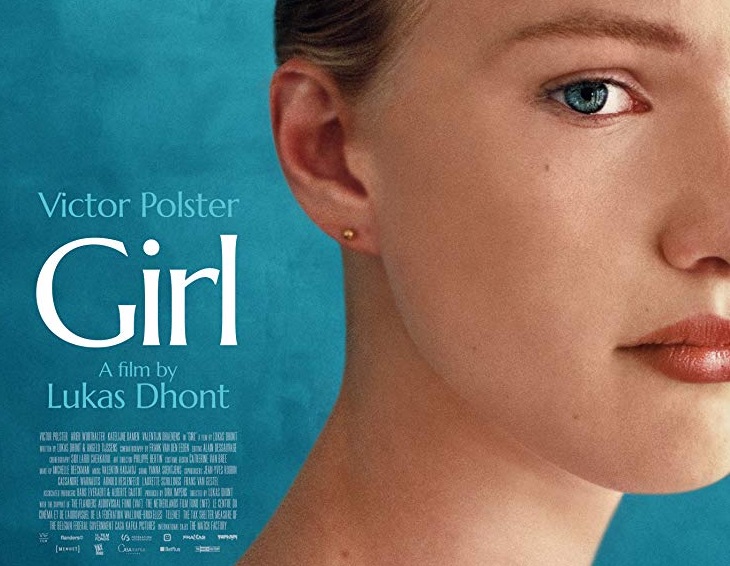 A coming-of-age story at its heart, Marie was swept up in this transgender teen’s struggles to achieve her dream.

Belgian director Lukas Dhont’s first feature is an exploration of gender identity through the character of 15-year-old Lara, a gifted ballerina who was born in a boy’s body. It’s also the acting debut of Victor Polster, who turns in a remarkable performance which earned him the best actor Palme at Cannes this year.

At the point where we join Lara, her father, and younger brother, she has already taken the decision to transition as soon as it is possible, and is living as a girl. Her father is fully supportive, as is her school. It’s clear that Lara has a tough path ahead of her with medication and surgery, but she appears to be ready.

What’s proving a bigger challenge for Lara is trying to retrain and mould her male dance experience into something which matches her feminine identity. It’s alarming how much physical pain she is prepared to endure to achieve her career dream, with bloodied toes and numerous falls from her pointe shoes.

And if that weren’t enough, just as for most 15-year-olds who are full of hormones, Lara starts to experiment with intimate relationships, which affects her deeply. Puberty, eh? Becoming a girl has been the easy part. Growing up and becoming a woman is much trickier.

As Lara struggles to balance the various challenges in her life at a time of huge change for her in many ways, something has to give. Despite outward assertions that she is coping, internally she is waging a battle between how she looks and how she feels. In a scene towards the end, Lara sees her fuzzy reflection in a window and the camera lingers – it’s the image which shows the audience the complex way in which she sees herself.

When Victor Polster scooped the Best Actor Palme at Cannes earlier in the year, it provoked questions as to his casting. Director Lukas Dhont responded:

“Our casting was genderless in the sense that we saw girls, boys or young people that felt both categories didn’t suit them. But our lead was not among them. So we started casting the other young dancers together with our choreographer Sidi Larbi Cherkaoui. And all of a sudden in January 2018 a young boy named Victor Polster entered the room. He had all the qualities we were looking for: an amazing dancer, very natural, very elegant and only 15 years old. ‘Girl’ is his first acting experience.”

Girl is an emotional, sensitively handled story which relies on its central performance and there is no doubt that Polster has succeeded. Excellent debuts all around.

Girl will be distrubed in the U.S. and other territories by Netflix sometime in 2018