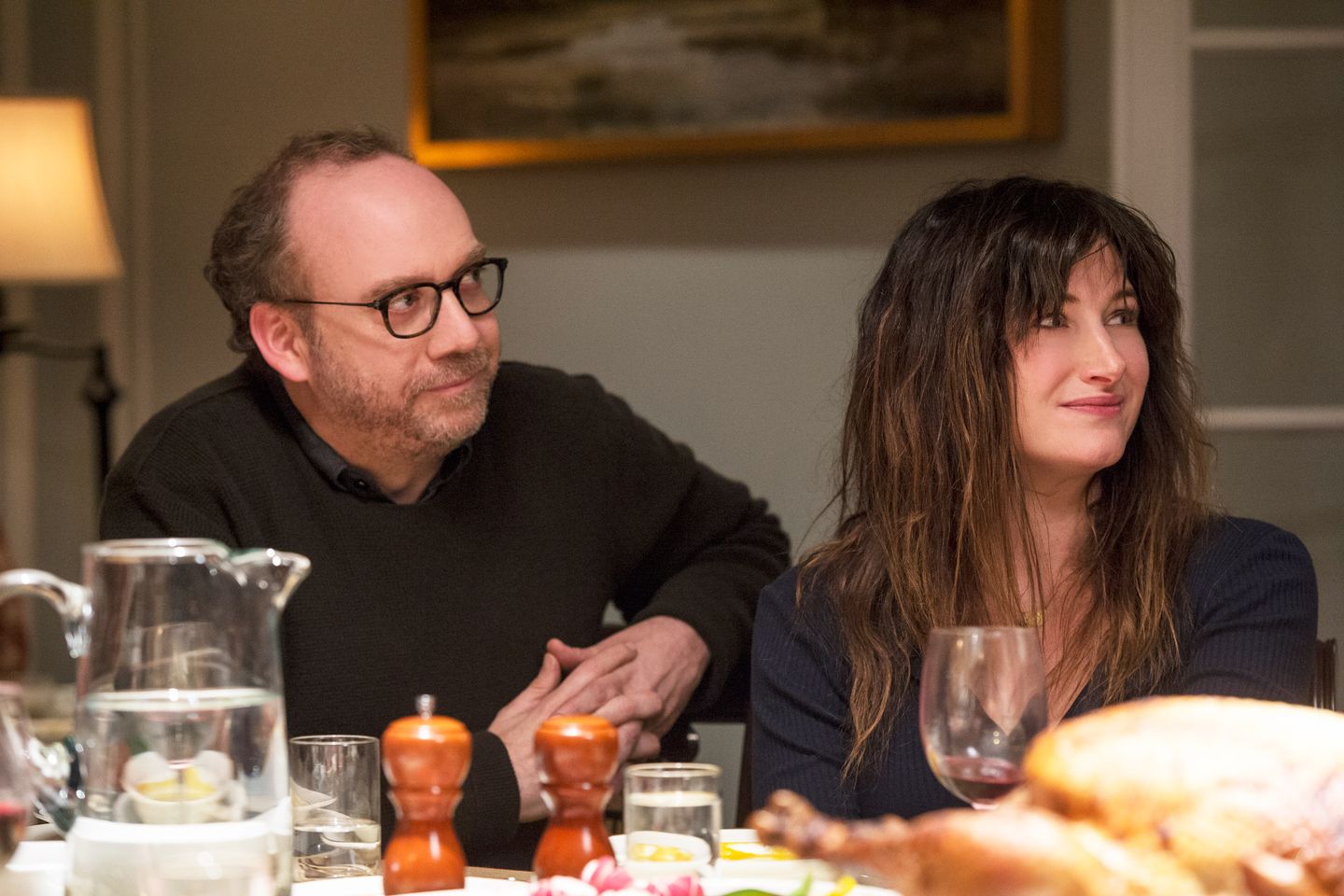 The welcome return of writer/director Tamara Jenkins bares the fruits of her labor in a deeply personal heartfelt comedy-drama starring Kathryn Hahn and Paul Giamatti.

Having children are lightning rods for Couples. The wanting of a child can break a couple or bring them closer.  Some couples find the dumb luck of instantly getting pregnant.  That can create problems.  Some couples have an impossible time getting pregnant.  This creates an entirely different life, lifestyle, and the outlook for a couple deeps in the throes of fertility issues.  This conundrum is at the center of Private Life the newest film by writer-director Tamara Jenkins.

When we meet Rachel (Kathryn Hahn) and Richard (Paul Giamatti) they are in the midst of another failed fertility treatment.  The couple at 41 and 47 respectively have had their minds on their careers and other responsibilities to find time to have children. Options have quickly dwindled to more drastic measures.  Primarily using someone else’s eggs, a process called Embryo donation IVF.  As this sends shock waves through their relationship they take in their 25-year-old Niece Sadie (Kayli Carter).  These three souls begin to connect a strange offer is posted that though laid with the best intentions had the possibility of imploding their newly formed micro family and their extended family.

Private Life is the return of writer/director Tamara Jenkins after a decade-long absence, which had nothing to do with the director herself but the current state of independent cinema writ large.  The director has lost none of her sharp wit and wryly observed characterizations that made 2007’s The Savages such a brilliant film.

Where her previous film dealt with death and coping with loss in the most sardonic of tones that belied a wealth of emotion. Here she is working within a warmer context, an intimacy, and humor that recalls the delicacy of Hal Ashby.  Private Life deals with the complications that arise out of not being able to produce life.  Rather than make the film a sitcom moving from comedic set piece to comedic set piece, Jenkins gives us the messy humanity in every step Rachel and Richard in their quest to have a child.  The film finds a way to never level judgment at its subjects or pity them because of this inability to reproduce, rather give you an empathetic portrait of two people deal with life on life’s uncertain terms.

The film effortlessly navigates those tricky waters of human drama and comedy that many attempts but few succeed.  Private Life is one of those rare instances that drama does not equate to maudlin or sappy results.  It feels as delicate and nuanced as anything that’s been recently released without the sort of snark we come to expect from indie dramas.  The film is a welcome return for Tamara Jenkins, one can only hope it is not another decade between projects.