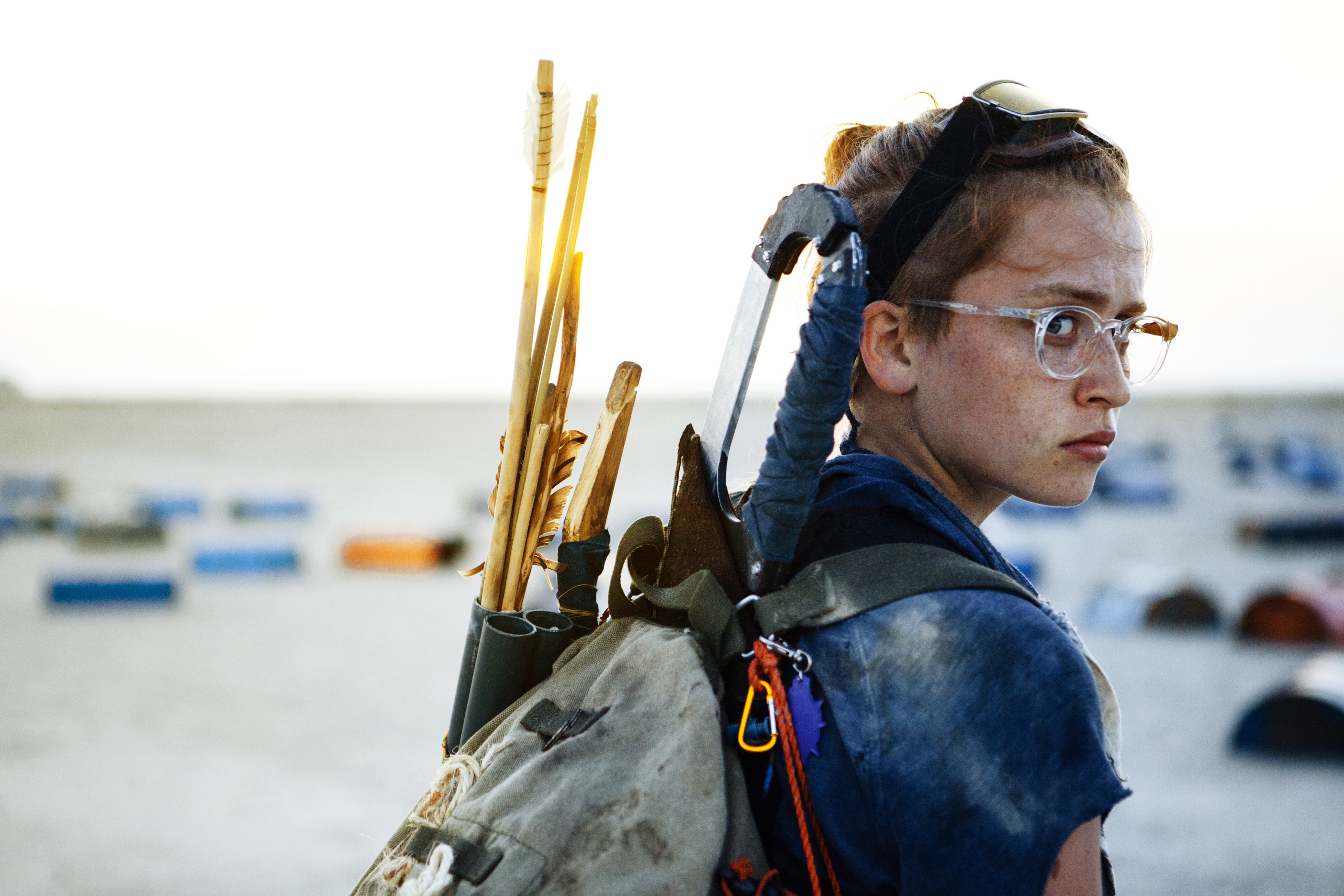 This low budget wonder is designed to kick ass and take names.

Molly is the real deal.

If you are in constant search for that low budget genre film.  The one that surprises you in the way that El Mariachi did.  Something that will continually surprise you in the way that it brazenly pulls offset piece after set piece.  Molly is the film that you’ve been looking for.  The post-apocalyptic actioner announces directors Colinda Bongers and Thijs Meuwese arrival as a creative force to be reckoned with.

Set years after a nondescript Apocolypse, Molly (Julia Batelaan) a scavenger constantly on the move to survive has been targeted by a group sadistic men intent on making her the center of their entertainment.  Though they may try Molly is more powerful than even she can imagine.  Their violent attacks on Molly and a young girl she takes in causes memories and unimaginable powers to be unlocked.  With the men taking her young charge Molly has no choice than to take names and kick some ass.

The most unexpected joy from Molly is its action. The action designed by Youval Kuipers, Rouke Pouw, and Ticho Welchen is designed to be not only unexpectedly impactful but brutal and messy in the best most artful way possible.  Directors Bongers and Meuwese know exactly how to tell a story within the action both in micro and macro.  Using extended long takes (with the aid of some clever VFX work) the trio have created set pieces that go beyond just brazen but to a fever pitch level.

Part of the joy of watching Molly is in seeing if Bongers and Meuwese and their stunt crew can pull off what they’re attempting.  They do.  To beautiful effect.  One will be cheering for both Molly and the filmmakers as the audacity of everything that transpires.  Molly is one of those few films that work on both a meta and non-meta level.  The film and its protagonist are plucky and inventive beyond most genre films and protagonists.  Seeing both overcoming the limitations or roadblocks inherent within the genre is as crowd-pleasing as low budget genre filmmaking gets.

Molly delivers an unexpected amount of kick-ass filmmaking one will not soon forget.  By the final moments of the film, one is left not only wanting more of the universe Molly is set in but whatever Bongers and Meuwese have in store for us next.  Be it another film in the Molly universe or something entirely different one thing is certain.  You’ll be on board with whatever this directing duo does next.

Molly is out now on VOD