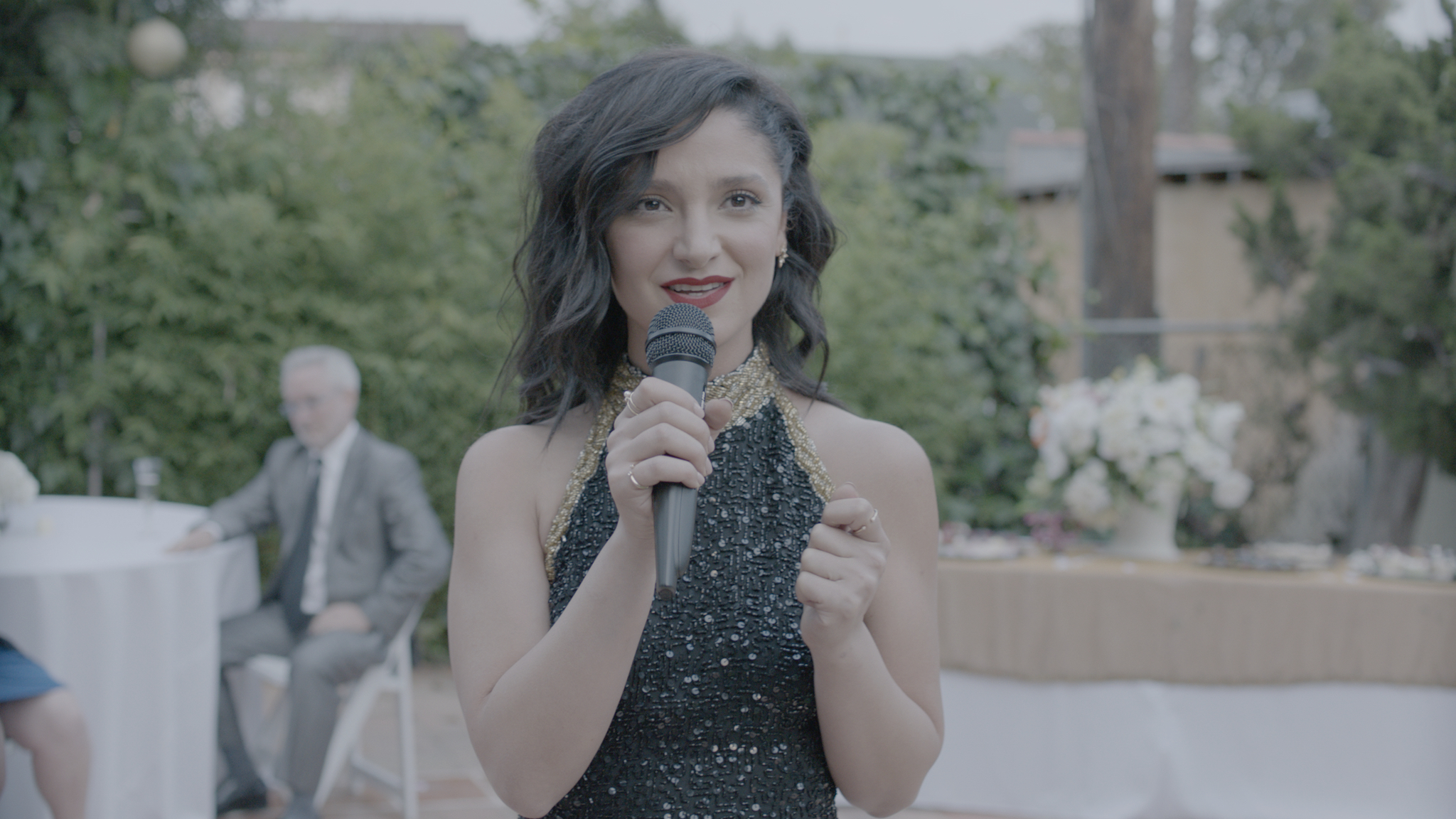 Much like the Slasher Genre, Romantic Comedies have become execution dependent.  They are so formulaic that the old adage “you’ve seen one, you’ve seen them all” can be applied to the genre writ large.  With that in mind its refreshing to see someone handle the troupes and formulas of the genre with some much heart, wit and storytelling acumen as Sarah Zandieh in her debut feature Simple Wedding.

Nousha Husseini (Tara Grammy) is a young woman attempting to juggle her job, family, and finding a man in Los Angeles.  To make things harder Nousha must find the perfect Iranian man to satisfy her family.  Life is never that simple as Alex Talbot (Christopher O’Shea) enters the picture.  The bisexual painter DJ is the textbook case study in what Nousha shouldn’t be looking for. Of course, Nousha and Alex fall for each other leading to a most unexpected journey.

The film’s success lies in Zandieh’s adroit heartfelt funny script.  Her story defies many of the clichés we come to expect in rom-com.  The film’s easy and relaxed charm belies a story that understands the Romantic Comedy genre than even the glossiest studio produced entries of the 90’s (arguably the Rom Com’s heyday).  Rather than making roadblocks that defy human interactions, Zandieh makes Nousha and Alex’s issues real world and relatable.  These two are not sociopaths that lie, cheat, steal all for our entertainment and for the Rom-Com gods.  The couple has an easy chemistry that is believable.

Grammy and O’Shea are perfectly cast the lovers at the center of the film.  Grammy brings a plucky and witty charisma that recalls early Meg Ryan.  O’Shea manages to make Alex who could have been a one-note Millennial joke into a fully realized character.  The film’s success relies on their believability as a couple.  From the first moment, they share the screen the actors exert an unforced chemistry that will delight fans of the genre that want nothing more than for two actors to actually show genuine heat.

The rest of the cast is filled with great supporting work by luminaries such as Shohreh Aghdashloo, Rita Wilson, Maz Jobrani, Houshang Touzie, Peter Mackenzie, and James Eckhouse.  Wilson and Jobrani, in particular, are great getting some of the best moments of the film.  Real-life husband and wife acting team Aghdashloo and Touzie bring grace, soul, and humor to their roles as Nousha’s parents.

Simple Wedding isn’t just a great Rom-Com because of its skilled precision writer/director’s innate understanding of the genre but because of all the heart and soul, she manages to imbue into the entire proceedings.  In a genre that films often times are neither romantic nor comedic its rare to find one that is either or.  Rarer still to find one that is both and made with such heartfelt understanding. Simple Wedding deserves to be discovered by its underserviced audience. This reviewers feeling is that is not going to be an issue.