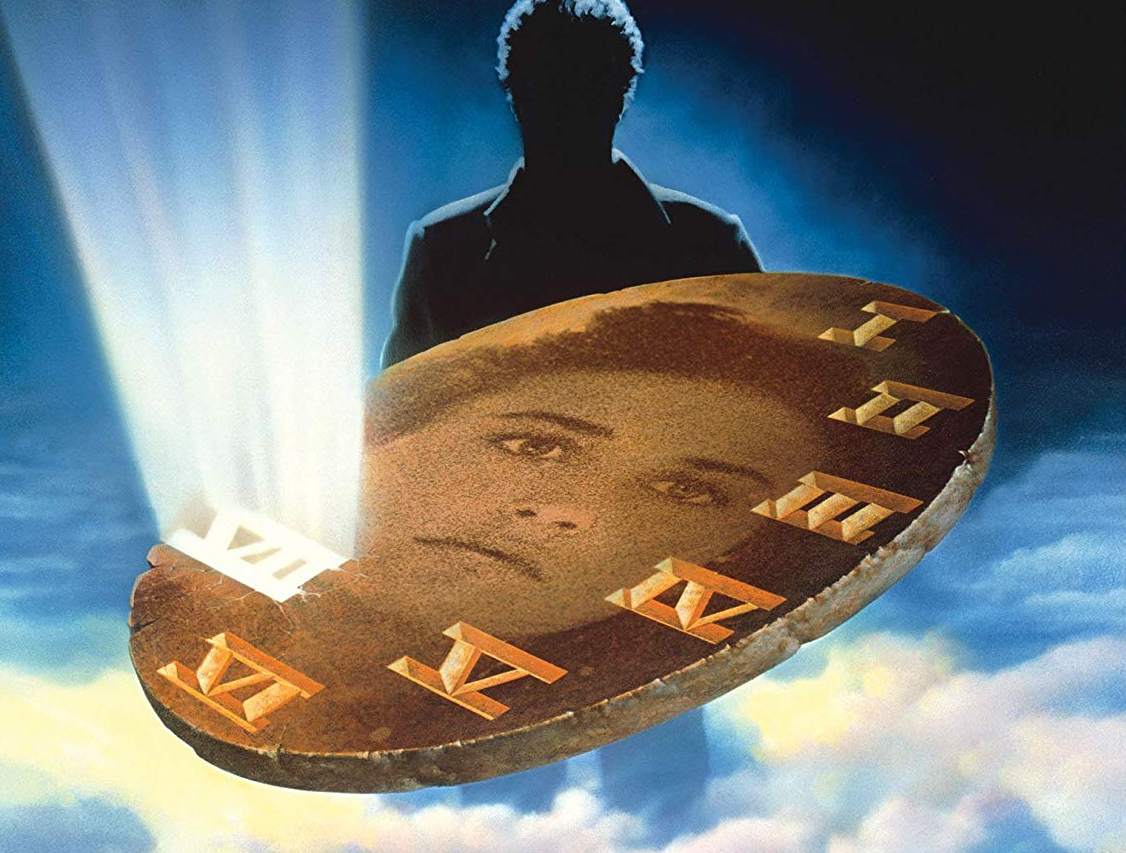 Adam did not realize The Seventh Sign was basically the story of his own birth and that Demi Moore was his mother.  The film is being released by Scream Factory for the first time on Blu-Ray with a host of extras.

The Biblical End of Days is not something easily replicated on film.  Few films find a way to tell something as big as the coming of the Biblical end on a small intimate stage.  The Seventh Sign manages that tricky task with unconventional intelligence and restraint.

Strange occurrences begin to happen around the world.  Fish begin to wash ashore boiled to death.  A Middle Eastern village is buried in ice after a flash blizzard.  People begin to uncontrollably murder one another.  These events appear to be tied to a wandering Stranger (Jürgen Prochnow) who is searching for something or someone.  Thousands of miles away Abby (Demi Moore) is less than a month from giving birth to her child.  To ease the financial burden her and her defense lawyer husband Russell (Michael Biehn) they agree to run out their extra room.  They find as a willing and able border in, you guessed it, The Stranger.  These seemingly arbitrary events plus the case Russell is working trying to save a young man (John Taylor) who killed his parents all fit like puzzles pieces to the end of days.

The film is unique in that it manages to be a non-hysterical or clichéd tale of the coming of the anti-Christ.  The script by Clifford and Ellen Green (who wrote under the pseudonym George Kaplan and W.W. Wicket respectively) is not after traditional scares or bombast.  The Seventh Sign is rather a tale of choice and sacrifice.  More of a cerebral or psychological take on the subject though this is not a “Christian” or “Faith” Based movie, rather a film closer to Rosemary’s Baby.

Director Carl Schultz creates a film that is not interested in set pieces but rather human drama.  The smaller scale intimate nature of the story help offset the more ridiculous moments in this subgenre that have become the norm.  Rather than attempting to make a small budget look bigger, the director leans into the limitations of his budget. This result is a movie that plays out as more like a Twilight Zone episode than Roland Emmerich. Far too few stories aspire to that lofty goal, fewer still succeed.  The Seventh Sign does just that.

The Transfer Provided to Scream Factory is solid.  The color reproduction and black levels are decent.  The sharpness is great on the picture.  They’ve managed to maintain a beautiful sheen of grain to give the transfer a filmic look.

The new Michael Biehn interview is an 11-minutes discussion about his work on The Seventh Sign.  Those who have listened to Biehn in interviews and podcast before will instantly recognize his honest to a fault laconic style.

The new Carl Schultz interview is a 20-minute discussion about the making of the film and the release.  Schultz at the time was not happy with a lot of the process but likes the movies.  The director goes into a lot more detail about the project itself and his career in general.

The new Interview With Actor Peter Friedman is a 20-minute discussion about his career writ large but primarily focusing on his role in the film.  There are a lot of fascinating tidbits to be revealed like an unused makeup appliance.

The new Interview With Actor John Taylor is a delight. The 11-minute interview, which includes a cameo by the Greens, reveals how the actor was cast for this very tricky role and ultimately his experience on the set and his career beyond.

The new Interviews with Screenwriters Clifford And Ellen Green is a 30-minute discourse about the trails and tribulations of getting The Seven Sign made.  They discuss in great detail the research they did regarding the world’s end. How the script changed much to their dismay. Things like Demi Moore being cast though she was too young as written. They discuss why they changed their credits to a pseudonym. Discussed pitch meetings. They are quite honest and frank about how the development process molded and changed their initial concept and script.

Rounding out the special features are archival (and DEATHLY SERIOUS) TV Spots that will entertain anyone that is into trailers.

The Seventh Sign is a thoughtful meditation on the End of Days.  Trading bombast for contemplation makes this Apocalyptic Drama well worth your time.  Recommended!