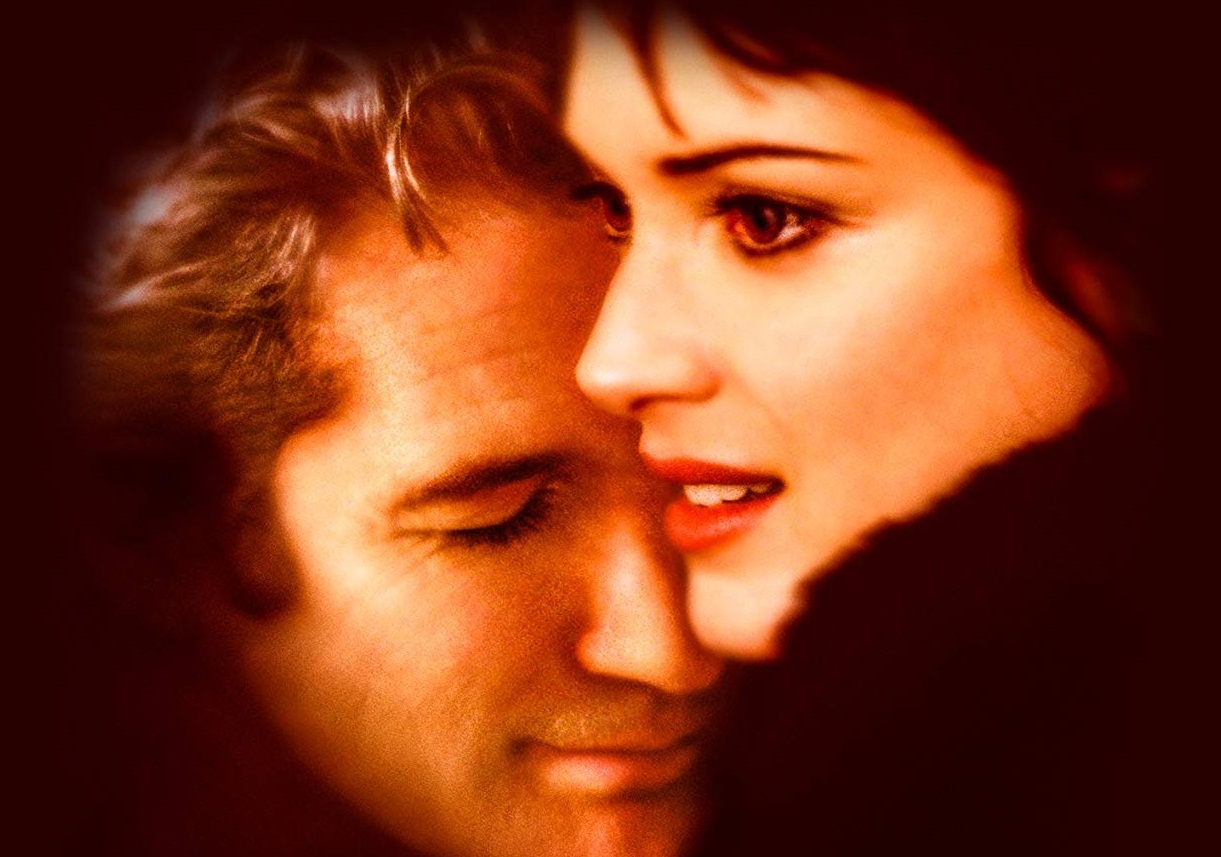 Adam finds much to like in the Joan Chen directed romantic drama Autumn in New York.  The film is being released on Blu-ray via MVD and their Marquee Collection.

We live in binary times, don’t we?  Film criticism has become a “love it” or “leave it”.  It feels like there is no room for the “in between” where many films use to be made.  That in between is where mid-level movies were made, and that is where Autumn in New York falls and very proudly.  The delicate intimacy that direct Joan Chen brings to this bourgeoisie romantic weepie raises it from what could have been a dreadfully pained two hours to that “in between” as there is much to respect and like in the film.

The film charts the romance between Restaurant owner Will Keane (Richard Gere) and part-time Manic Pixie Dream Girl part-time Hat Maker Charlotte Fielding (Winona Ryder).  Will is your stereotypical man-child in his 40s refusing to commit to anything beyond dinner plans.  Charlotte also a commitment-phobe but other reasons of the, shall we say, Terms of Endearment kind.  Of course, these two meet semi-cute and the film charts the ups and downs of their relationship as Will grows up a little bit before the mortal coil is sprung.

What could have been a perfunctory romantic weepy is not thanks in large part to the deft scripting of Allison Burnett and director Joan Chen.  Both seem to understand that a romance without some strife plays flat and uninteresting.  They are able to solve this by placing some truly disgusting habits as apart of Will as a character.  The movie is allowed to own some truly good dramatic issues between the couple.  What is a pleasant departure from most romances is that these issues.  The issues mostly stemming from Will being a 48-year-old lecherous asshole preying upon a much younger woman.

Therein lies the issues of Autumn in New York.  Chen and Burnett create such a glowingly perfect tiny bird in Charlotte she isn’t anything beyond the lessons she’s supposed to teach Will.  By not having her have her own sets of problems beyond the obvious one, she isn’t an interesting foil for Will.  Charlotte is just a constant Victim either of circumstance, life or lecherous Restaurant Owners.  The deification of Charlotte form Manic Pixie Dream Girl to Manic Martyr Dream Girl makes her uninteresting.

Ryder and Gere do great work with the characters.  They both push beyond what’s on the page to make things feel imperfectly perfect.  This is one of the films ultimate issues is the imperfectly perfect design of everything in the film.  Ryder and Gere though their characters are flawed, the film frames them with an almost Douglas Sirk-style glow as a way to smooth the edges.  They both play the movie star moments and movie star roles.

That will be the ultimate issue for most.  The film wants it both ways.  It wants to be a starry-eyed big budget romance.  It also wants to be a Mike Nichols style dissection of a man and his lifestyle.  Those Autumn in New York tries its hardest to blend the two.  It never fully realizes that interesting notion.  What we are left with is a film that is interesting in fits and starts.  A film that is more interesting than most romantic weepies but still adheres to the conventions of that particular style of film.

If not explicitly stated in my review the film is gorgeously shot which the transfer does manage to show off quite a bit.  This is an older transfer that was updated with better compression than the previous releases.  The results are a more pleasing picture though maybe not as striking as we have come to expect.

None included on this release.

If you’re looking for a romantic drama Autumn in New York definitely has you covered.