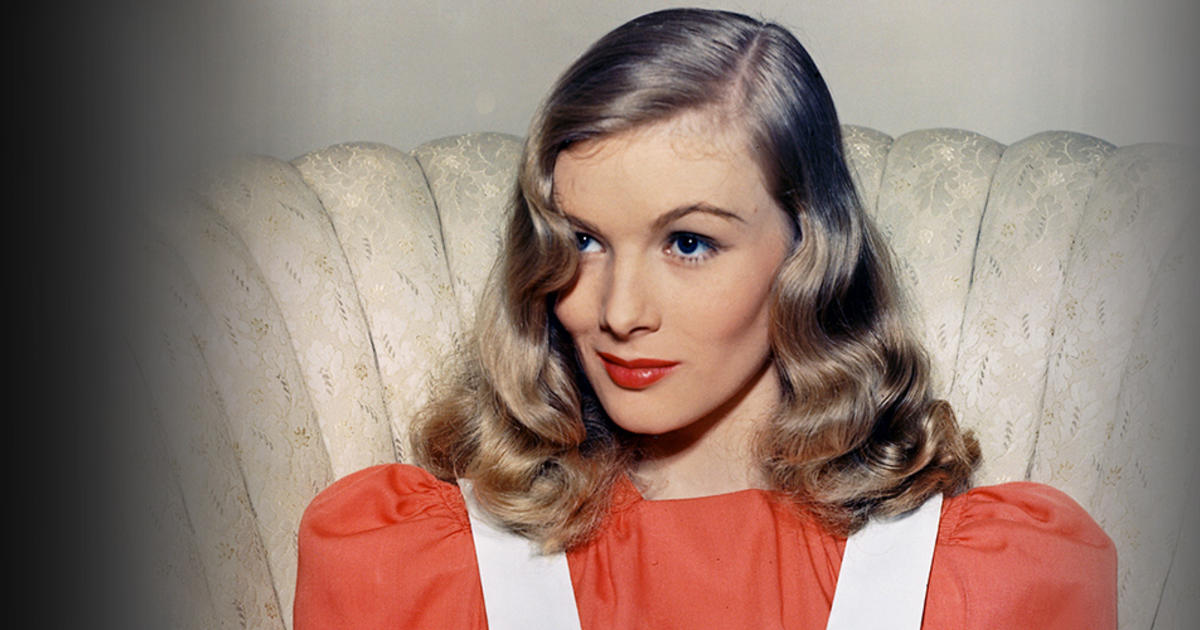 Kristen concludes the first season of the monthly column Her Story with a look at 1940’s Starlet Veronica Lake.

For the conclusion of volume one of Her-Story, I wanted to look at an actress whose been my foundation for much of the writing I do. When I started this series I wanted to honor unnecessarily maligned actress. Women who had been called “difficult” or whose careers were otherwise snuffed out before they realized their true potential. No actress I think conveys that the most than Veronica Lake, a star who literally defined the entire 1940s, yet was washed up and abandoned by the next decade. Veronica Lake has always been a personal favorite of mine, partly because she’s so invisible to movie fans today. So to close out this chapter, let’s go back to the beginning and talk about the girl with the peekaboo bang, Veronica Lake.

Veronica Lake was completely unprepared for stardom. Even as a kid, when her mother put her in local beauty pageants, the young woman born Constance Marie Ockleman wasn’t obsessed with winning. In the hopes of escaping her overbearing mother – a woman who would write a “tell-all” calling her daughter a mentally ill drunk in order to make some money – Constance went to Hollywood and became known as Veronica Lake. She did what all aspiring actresses did, bit parts and uncredited appearances until she made her mark in the 1941 war drama, I Wanted Wings.

Lake was a noir beauty with a cool mien emphasized by her hair, which perpetually covered one eye. In I Wanted Wings she plays Sally Vaughn, the ex-lover of a flyboy played by William Holden, who ends up pulling poor Holden into her web of murder. She’d follow this film up with a series of features pairing her opposite Alan Ladd; it’s said the two were teamed up because Lake was the only actress shorter than Ladd. Features like 1942’s The Glass Key and This Gun for Hire showcased Lake’s vitality and elegance, but often left her as the side-piece to the more fleshed out characters played by Ladd, Robert Preston, and Brian Donlevy.

What Lake excelled best at was comedy, and like other women shoehorned into a particular genre based on their look, the actress was never fully allowed to explore her range. Her first comedic performance was in Preston Sturges’ 1941 feature, Sullivan’s Travels. Her character is a woman with no name meant to be an archetype. As Joel McCrea’s John L. Sullivan says, “there’s always a girl.” Yet Sturges knew better than to limit Lake to just her beauty. Instead she’s riding the rails alongside Sullivan and reminding him that the movies are what’s teaching people about life. Even more remarkably, Lake performed the part while pregnant, hiding her condition behind baggy clothes.

She’d return to comedy the next year with Rene Clair’s I Married a Witch, itself based off a script by Sturges. Said to have inspired the television series, Bewitched, the film follows Jennifer, a witch burned at the stake who returns to wreak havoc on the bloodline that wronged her. It was while making this feature that the stories about Lake’s personality originated. It’s said the feature was initially meant to reteam Lake with her Sullivan’s Travels co-star, Joel McCrea, but that he refused to work with her again. Interestingly the two would reteam for 1947’s Ramrod. In her autobiography, Lake claims that actor Fredric March propositioned her and that her refusal caused him to mistreat her at every turn. Lake gave as good as she got, admitting that she’d kick March during takes and weighed herself down with rocks during a scene where he carries her. After filming was complete March went on the record calling the film “I Married a Bitch.” March would die two years after Lake, forever saying she was just mean for no reason. (Wonder how her claims look now in the wake of #MeToo?)

Regardless of what March thought of her, Lake worked steadily throughout the forties, but the films became less successful. It’s also alleged that Lake’s drinking became increasingly out-of-control, though this might (or might not) have been a coping mechanism to deal with claims of schizophrenia. The films she did later in her career are, sadly, unavailable and leave a truncated record of her abilities as an actress.

Lake eventually transitioned to working in television, but work was limited. She eventually started working as a cocktail waitress in Manhattan. As Gloria Mann, the daughter of Veronica’s best friend Yanka Mann, says Lake enjoyed hard work and didn’t see this as a comedown. It’s said that when Marlon Brando saw her working he offered a $1000 dollars; she wouldn’t  take it. Lake and Mann worked to make what would become Veronica’s final film, the 1973 horror film, Flesh Feast. By this time, Lake was a full-blown alcoholic and it’s evident in what little has been shown of the film. She worked on her memoirs to get money, and biographer Donald Bain said in a 2015 interview with me that she’d often call him to chat, mostly out of loneliness.

When Lake died in 1973 it was Bain who paid for her funeral. Many charted Lake’s sad demise, which ended up being sadder when, in 2004, a New York antique dealer claimed to have her ashes. (Bain, before his passing in 2017, maintained they weren’t hers.) Lake’s surviving son would end up passing a few years after her, a life as equally sad as his mother’s.

As the years have progressed, many of the criticisms I still hear are from men. March and McCrea’s words are repeated regularly, and the fact that Lake was working towards the end of her life often leaves people with the feeling that she deserved her fate. She was a bitch; she was a drunk; she was crazy. I’ve spoken to many people who knew Veronica in different capacities, and many of them will tell you she might have been one or two of those things, but it shouldn’t define her career. Watch any of her movies and witness a vibrant performer whose cool grace acts as inspiration for the likes of Grace Kelly. To say she lost her career by being a bitch is to belittle her as a performer and as a person. I love Veronica Lake, warts and all.

Kristen will return with another season of Her Story in the coming months.  Stay Tuned…