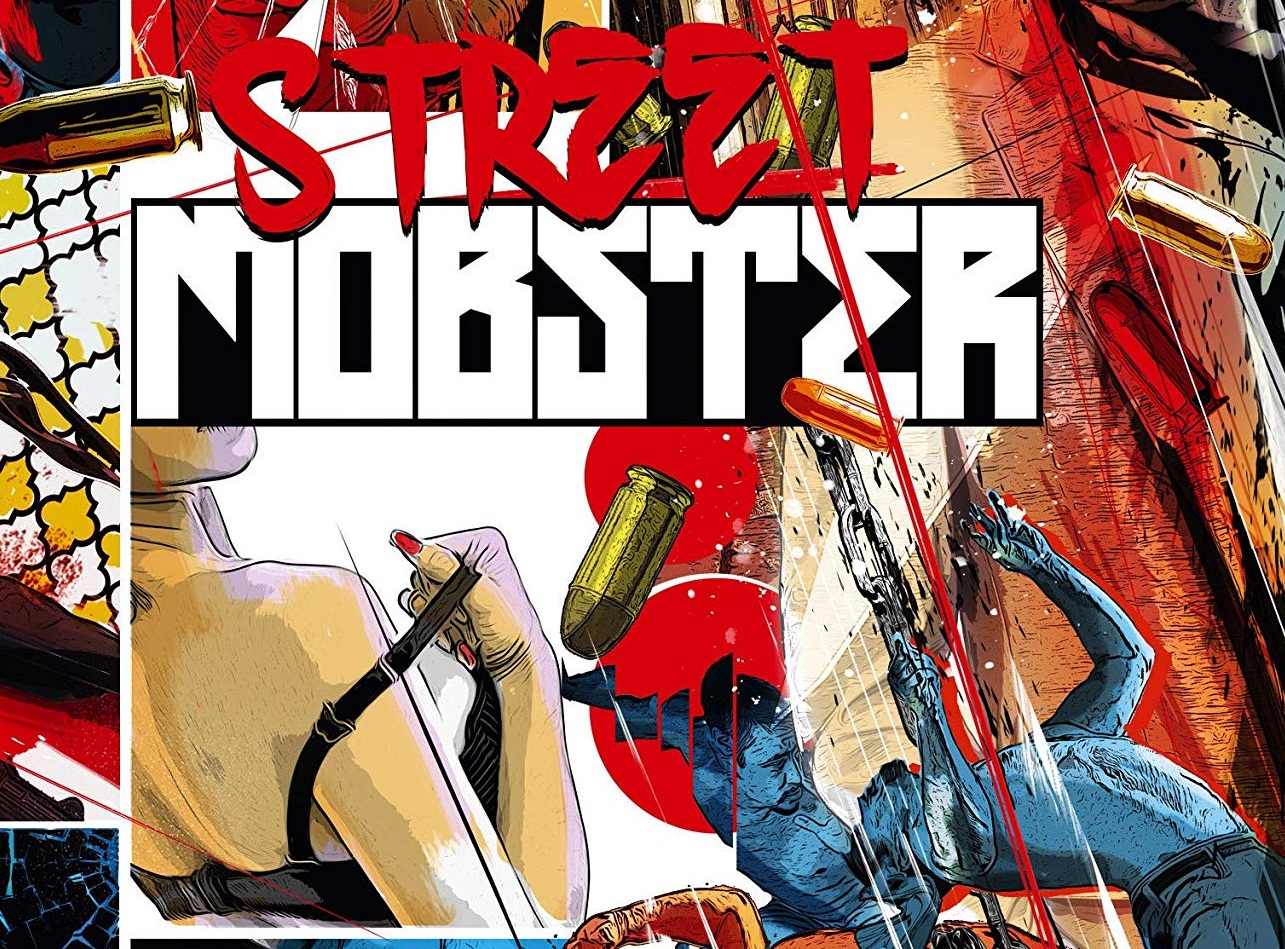 Adam finds much to love in Kinji Fukasaku’s Street Mobster.  The grandfather of Yakuza Films’ most nihilistic view of the lifestyle comes to us on Blu-Ray from Arrow Video.

Kinji Fukasaku’s Street Mobster is like a warm sake bomb followed by a cold slap to the face.  Kinji’s controlled chaos of style, sound, and violent fury is the director at his best in a genre he basically created.  The nihilistic gangster film charts the rise and fall of a truly psychotic low-level hood that would give Scarface’s Tony Montana a run for his money.

Isamu Okita (Bunta Sugawara) is released from prison.  Only a few days out Okita realizes very quickly that the Yakuza clans have changed, becoming software more of a business less about violence and degenerate behavior that allowed him to flourish.  Where there is a vacancy there is an opportunity.  Seeing this opportunity to disrupt and cause trouble (“fights” as he says), he begins a gang of “misfits. Fighting, murders, sex, gambling, fighting, alcohol, more sex, more fighting all ensues as the chaotic neutral Okita rises to the tops of the Yakuza underworld.  But for how long…

Fukasku’s film brilliantly tracks the rise and fall of a pure sociopath.  From beginning to end the director manages to imbue a playful but extremely violent tone to the entire story.  One will be instantly reminded of how Scorsese was able to meld gallows’ humor and violently to similar success.  In fact, many will find much to compare in the two as Scorsese must have seen this film during his development of Goodfellas. The film makes one laugh and leaves you shocked by the violence in a similar manner that the former film had upon its initial release.

Much of the film’s success rests in the hands of Bunta Sugawara as the psychotic Okita, who wants nothing more than the Yakuza War to end all Yakuza Wars.  The actor is magnetic here, able to transcend the abhorrent behavior on screen.  Rather than your stereotypical crazy killer, we get something more.  Okita is an enfant terrible stomping his feet on the ground when he doesn’t get his way.  Not a monster but a child unable to comprehend why people do not understand his irrational behavior or his inability to go with the status quo.  By the film’s end, an audience will know what is going to happen before even Okita.  Why?  Not because the film is formulaic but because Sugawara’s work is so good we understand Okita at a pathological level.

Street Mobster isn’t just an arresting Yakuza film. It’s a great Crime Film, one that begs to be seen by aficionados of the Genre.

Arrow has been provided a great 2K remaster of the original film elements.  The film like the other work they’ve done with Japanese Crime Cinema is top notch. The transfer is razor sharp with crisp perfect black levels and nice grain structure.  Not a hint of DNR.

Street Mobster is a badass piece of Yakuza filmmaking. Recommended.