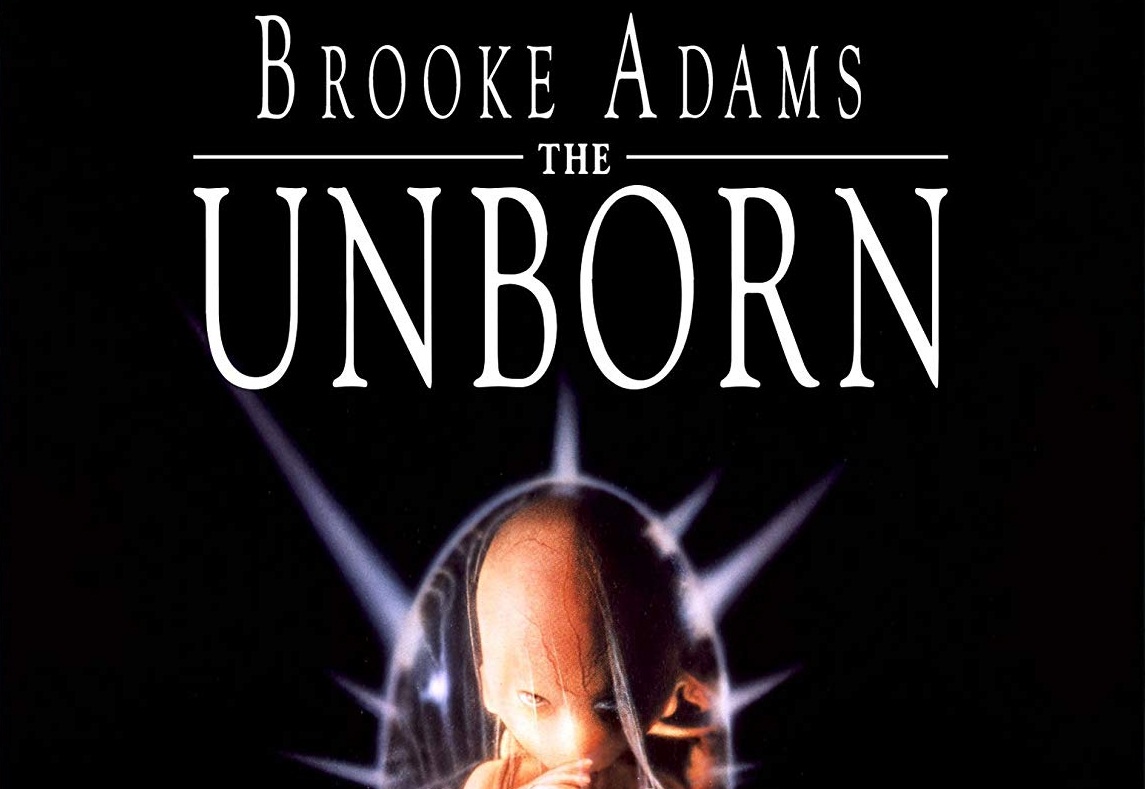 Adam knows nothing good that can come of Brooke Adams when James Karen is her Doctor in The Unborn.  The film was recently released on Blu-Ray by Scream Factory with a beautiful transfer and solid audio commentary.

There is a stigma with anything produced by Roger Corman.  The stigma is that anything that was produced was horrible dreck.  This sort of stigma and attitude has held true since he began to make films.  This is not the case.  There are literally hundreds of Corman Produced (and Directed) films that are worthy of your time and beat any of their Big Budget Counterparts.  This applies to Director Rodman Flender’s body horror entry The Unborn.

A married couple Virginia and Brad Marshall (Brooke Adams and Jeff Hayenga) who unable to conceive go to a Doctor (James Karen) who is able to solve their problem.  As Virginia begins to show signs of her pregnancy, she begins to show the problems begin.  With no one to believe her and a stack of mitigating circumstances, Virginia is own her own as she begins to realize her baby may not be normal.

The Unborn’s biggest strength is its ability and wants to go to the extremes of the story.  There is nothing subtle about the film.  The body horror and set pieces are built with maximum shock value as punctuation.  Flender and screenwriters John Brancato and Michael Ferris (writing under pseudonyms) create a film that just doesn’t work as a “shock and awe” body horror but as an affecting drama.  Like the best of Corman Produced films, what they lack in production value or “budget” they more than make up for in unique storytelling.  There are moments of genuine horror in the film that would never happen in a production today.

The film’s not-so-secret weapon is Brooke Adams as Virginia.  Adams shines as the pregnant woman who knows something is wrong but no one will listen to her.  Flender and cinematographer Wally Pfister (yes, Christopher Nolan’s du jour cinematographer started as a Corman alum) shoot Adam in singles and rarely in a two-shot with anyone as they film progresses.  This simple technique along with Adam’s being able to perfectly modulate her performance takes The Unborn into the kind of territory that David Cronenberg was able to so successfully mine in the 1980’s.

The film is only serviced by the compact and lean 90-minute runtime, leaving nothing on the bone but what is essential.  Flender and Company have concocted a nasty bit of body horror business that will delight and entertain for those will to take the journey.

The new 2K Scan of the Original Film Elements that Scream Factory has produced is beautiful.  The film was shot by Wally Pfister before he became Christopher Nolan’s choice Cinematographer.  His work here is superb.  The film is primarily shot in daylight/daytime which creates its own set of issues but the transfer is beautiful with a subtle amount of grain to give it the 35mm look much desire from these older films.

The Commentary by fellow Roger Corman “graduates” Rodman Flender and Adam Simon (who directed the brilliant Brain Dead for Corman the same year as The Unborn).  The recently recorded commentary (May of 2018 as Flender notes) is great as both Flender and Simon speak at length about the Corman School of Filmmaking with a certain amount of humor and honesty.  They discuss Pfister’s shooting style.  The film as serious horror rather than “jokey” horror that alumni like Jim Wynorski produced under the Corman Banner.  The filmmakers cajole each other for production anecdotes like how Brooke Adams was cast, the Corman signature “stealing shots” (e.g. shooting without permits), and a host of other great stories.  After the commentary is done, one only hopes that Scream Factory has these two recording a commentary for the upcoming release of Brain Dead (note: the answer is yes!).

Rounding out the extras features is the theatrical trailer.

The Unborn is a great piece of underseen horror.  Add in the Commentary and great transfer produced by Scream Factory makes this a win-win purchase.  Highly Recommended.