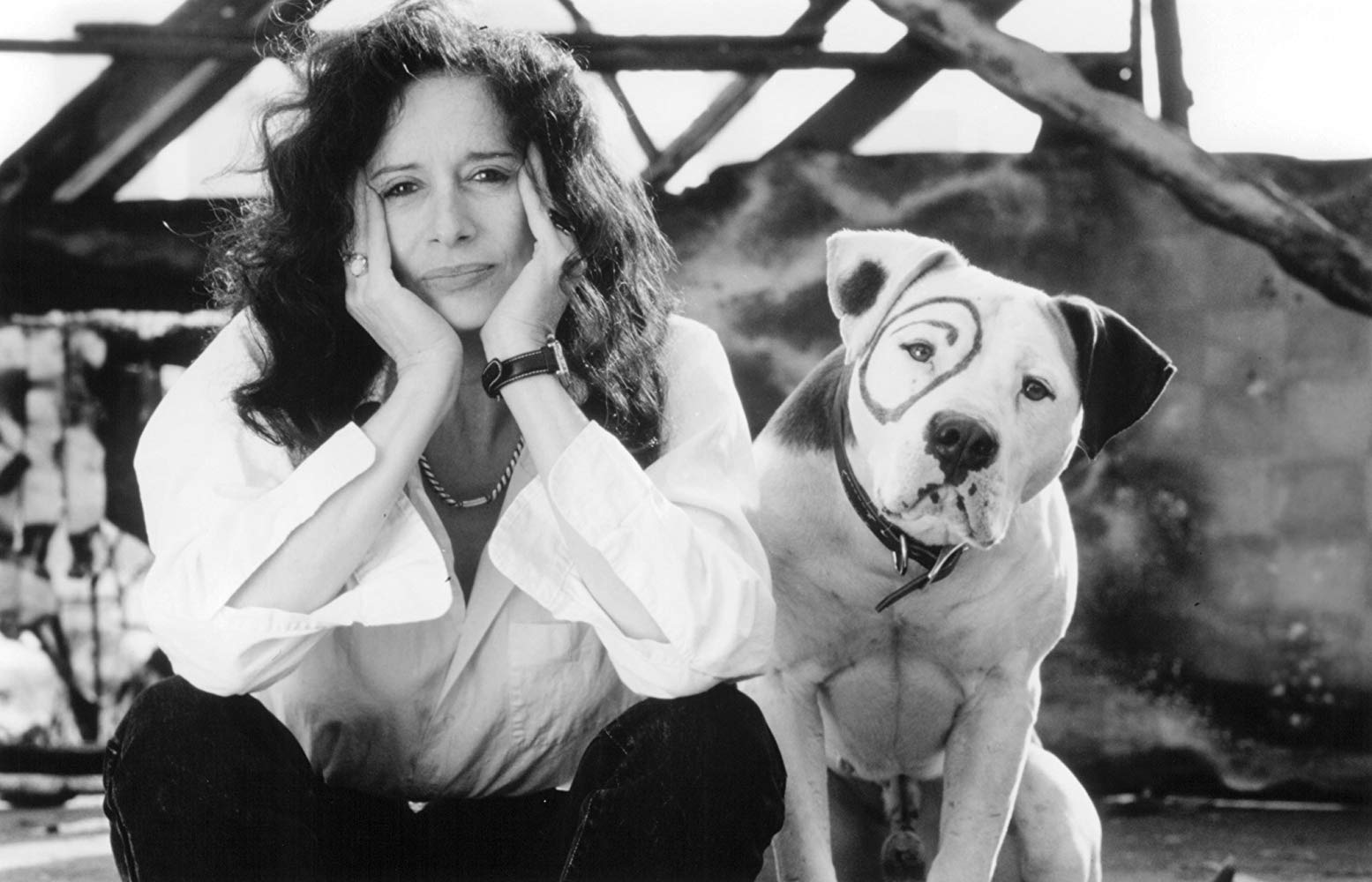 Kristen continues the monthly column Her Story with a look at Director Penelope Spheeris.

An early 80’s interview with Spheeris.

With the release of Susanna Fogel’s new R-rated comedy, The Spy Who Dumped Me, it’s worth looking at other directors best known for making people laugh. Director Penelope Spheeris was initially a director interested in doing comedy. In a 2017 interview for Vanity Fair, “I didn’t really want to do comedy…I’m an extremely serious person — borderline depressed.” And yet, in the ‘90s, Spheeris created a series of irreverent features that made stars of several members of the cast of Saturday Night Live. But despite the laughs being presented on-screen, Spheeris was derided by her successful male co-stars for being a bitch and generally difficult to work with, another victim of the term often used to silence powerful women. But maybe it’s time to give Spheeris’ comedies another look, to find out how a woman known for making head-banging documentaries was able to create features that have endured over the decades.

Spheeris’ career started with a film whose colorful history is worth a movie in itself. While working as a film student she directed Richard Pryor in 1968’s Uncle Tom’s Fairy Tales. The film, which only exists in the Academy archives and is enmeshed in litigation between Spheeris, Pryor’s daughter and wife, was said to be a surrealist story about a white man who goes on trial for raping a black woman. Since only snippets have been seen, it’s a film whose legend is as shady as Jerry Lewis’ The Day the Clown Cried.

In 1981 Spheeris made her theatrical debut with The Decline of Western Civilization. The three-film series – subsequent installments would arrive in 1988 and 1998 – followed the Los Angeles punk and metal scenes, topics that hardly seemed suited to a female director. Spheeris’ work was visceral and in-your-face, so much so that, in 1981 when the first film debuted, then LAPD-police chief Darryl Gates requested the film not be shown in Los Angeles to avoid riots.

Spheeris was a director who enjoyed the down and dirty, and also didn’t conform to what was defined as a “female director’s” type of film. Her follow-ups after the first Decline of Western Civilization are lessons in weirdness, from the 1985 Charlie Sheen drama The Boys Next Door, to the pulpy Hollywood Vice Squad in 1986, culminating with the dirty (literally) and exploitatively sounding Thunder and Mud, a documentary about female mud wrestlers, released in 1990. These movies situated Spheeris as a director who embraced the gritty, less than polished Hollywood. Her movies were aimed at young men who’d embraced the home video market. So it made sense she’d make her Hollywood debut with a film aimed at and about young men raised on VHS, television, and rock music.

Wayne’s World was never perceived to be a hit. At the time it was an attempt to transition the stars of the popular Saturday Night Live skit, Mike Meyers and Dana Carvey, into the mainstream. Spheeris says that the movie “flipped my life around.” The film was a massive success – with the director becoming one of the few women whose film crossed $100 million – but Spheeris and Meyers butted heads throughout production. Meyers wanted the film cut a certain way but Spheeris vetoed his suggestions. When the film’s sequel, Wayne’s World 2, was put into production Meyers demanded a condition of his return was that Spheeris wasn’t involved. In a 2008 interviews Spheeris said “I hated that bastard for years.” It wouldn’t be until 2013, during an event for the Academy of Motion Picture Arts and Sciences, that Spheeris and Meyers would be reunited, seemingly burying the hatchet.

Instead of doing Wayne’s World 2, a project Spheeris was upset she couldn’t be involved with – “that was one of the really tough ones for me” – the director transitioned to bringing another existing property to life, though instead of it being an SNL sketch it was an old television show. Spheeris directed the big-screen adaptation of The Beverly Hillbillies as well as the 1994 film adaptation of The Little Rascals. Neither feature was a hit, though The Little Rascals has a cult following of ‘90s kids who found the adventures of Alfalfa and crew adorable. (Darla forever!)

Spheeris didn’t enjoy being pigeonholed as a comedic director, but it kept her working. In 1996 she directed another SNL duo in a feature film, this time friends Chris Farley and David Spade in Black Sheep. The film suffered from a litany of issues off-screen, particularly concerning Farley, who felt the film wasn’t as personal as his previous venture, Tommy Boy. When the film went bust at the box office, Farley is said to have been incredibly disappointed and believed the screenwriter and Spheeris had botched the material. The film was a stumble that intensified with Spheeris’ follow-up, the Marlon Wayans/David Spade comedy Senseless. Spade was later vocal about his distaste for Spheeris, going on Howard Stern to allude to her being a massive pain during production.

Since her fall from Hollywood, Spheeris has returned to the gritty features she started out making. She’s continued to work on documentaries about rock, documenting the 1999 Ozzfest tour in the 2001 feature We Sold Our Souls for Rock ‘n Roll, and she’s made campy comedies like The Kid & I (2005) and Balls to the Wall (2011), movies for those mindlessly perusing their VOD or Netflix. If anything, she’s come full circle, albeit with different technology.

Did Spheeris deserve better? Yes. With female directors able to dabble, a woman like Penelope Spheeris should be leading the way. Instead, more powerful men lambasting her in the era before social media led to her own decline. I still hope that Spheeris gets a second chance.

Her Story will be back next month with its final installment for the season!!!

0 comments on “Her Story #5: Penelope Spheeris”