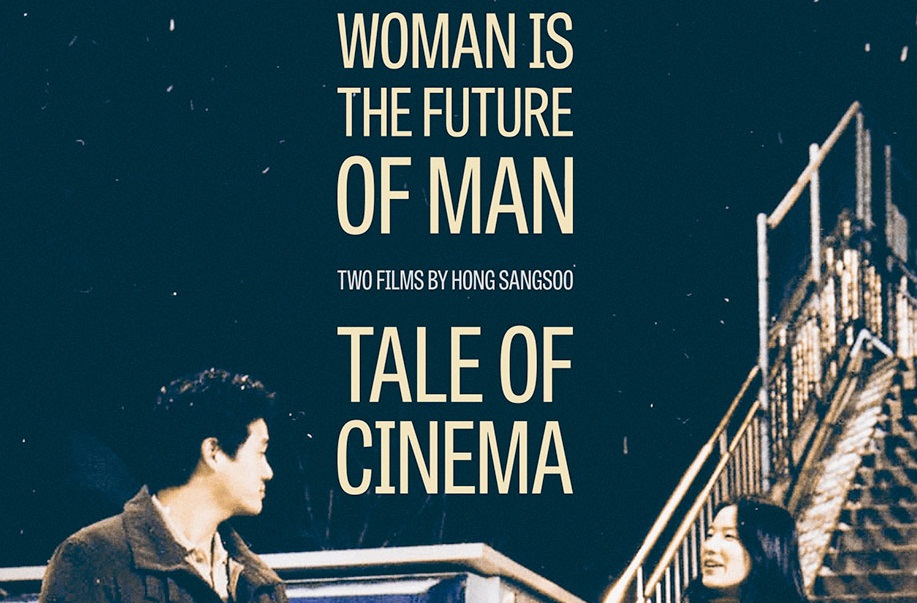 Two of the South Korean writer/director’s early films get the HD treatment from Arrow Academy, and Marie is delighted to get to see them at last.

Having watched both of these films more or less back to back, I’m completely puzzled as to why Hong Sangsoo’s work doesn’t seem to get UK theatrical release. A quick glance at IMDb shows that a couple of his films made it to London Film Festival, but I don’t recall seeing any on even limited release beyond that.

I’m sure I would remember, as both Woman is the Future of Man and Tale of Cinema are exactly the type of experience I would seek out.

Playing with timelines and structure enough to intrigue but not enough to confuse, the South Korean writer/director explores human relationships, weaknesses and (mostly male) insecurities in a realistic way. Events may not be wholly autobiographical, but there’s little doubt that Hong Sangsoo has direct knowledge of his subject matter and has leaned heavily into it.

These two films are the fifth and sixth features from Hong Sangsoo. Woman is the Future of Man (2004) sees two old male friends meeting up after an absence, and deciding to track down a woman they knew. There’s an awkwardness between the men at the start and we’re not sure why, but they appear to be hiding something from each other. As the soju is drunk and the evening progresses, truths are discovered, masculinity is threatened and jealousy abounds.

Tale of Cinema (2005) also features two men and a woman, although this time the men don’t spend time together – though the woman is once again the link. There’s a yearning for one of the men to turn fiction into reality, and a sense that we could all be better, or at least different, versions of ourselves if we could do some reinvention via the medium of storytelling.

Hong Sangsoo doesn’t like to move the camera around, and the static long takes give space and time for small details to hit home, allowing the proverbial penny to drop with the viewer only gradually.

What’s clear is that the director is aware, if not apologetic, of the fact that his male characters are complete selfish idiots when it comes to relationships. They don’t commit any major crimes, but they are thoughtless as to how their words and actions affect the women around them. They also seem to have no understanding that the women are fine without them, actually, and can take control of their own lives, bodies and emotions to keep moving forward in life. The poor men, by contrast, are stuck in their view of what masculinity should be and see themselves as weak when they fall short.

I’m not sure if Hong Sangsoo is using his films as a way of apologising for his own past transgressions, or merely tapping a vein of subject matter which he knows something about, but either way I’m definitely going to seek out more of his work. If I can find it in the UK that is!

Arrow Academy’s Woman is the Future of Man, Tale of Cinema: Two Films by Hong Sangsoo is available on Blu-Ray in the UK on 16th July.

0 comments on “Blu-Ray Review: Arrow Academy’s Woman is the Future of Man, Tale of Cinema: Two Films by Hong Sangsoo”