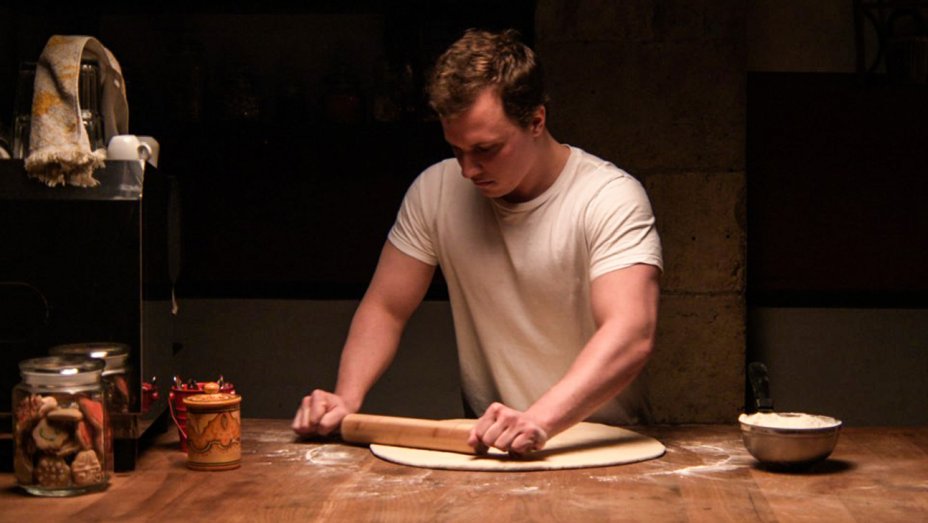 Beautiful Film About Love and Loss Will Resonate With Viewers

We’re almost two months into the summer blockbuster season, a time when theaters are filled with huge epic spectacles that have the depth of a thimble. Characters are pushed from action set piece to action set piece, but it’s simply a visceral means to an end. There are no real stakes, and ultimately, none of it really matters. It’s two hours in the air-conditioned darkness watching a film you likely won’t remember after the next blockbuster arrives.

If you’re growing exhausted by the pointless thrill-rides furnished by the summer tentpoles, then The Cakemaker, the new film from Israeli writer/director Ofir Raul Graizer, is your kind of counter-programming. It’s the mirror image of a slick, packaged blockbuster.  The Cakemaker is a beautifully crafted, small-scale film about a mere handful of characters, but it resonates with emotion in its every frame.

Thomas is a gifted baker working in a cafe in Berlin where he encounters Oren, a married businessman who makes regular trips to Germany for work. The two men begin a clandestine relationship that lasts for over a year.  One day after Oren departs for his home in Jerusalem, Thomas is unable to reach him.  Texts and voicemails go unanswered.  Has Oren decided to end their affair, summarily cutting Thomas out of his life?  Thomas cannot rest until he knows why Oren has disappeared from his world. His subsequent quest for answers takes him in unexpected directions.

The Cakemaker is a beautiful portrait of love in its many forms. Writer/director Ofir Graizer makes the interesting choice of depicting Thomas’ love for Oren when Oren is not in the film.  Likewise, we experience the love of Oren’s wife, Anat, when Oren is not on the screen.  Very little screen time is devoted to Oren with Thomas or Oren with Anat. Instead, the film focuses on the effects of their devotion to the same man and the ways their respective relationships with Oren have altered them.

So many films are about the mechanics of love: hand-holding, kissing, staring into someone’s eyes, laughing, crying. The Cakemaker is about the inner journey, the inward ways that loving another person changes you. Tim Kalkhof (Thomas) and Sarah Adler (Anat) give stunning, modulated performances. They don’t speak about their feelings. They inhabit them.

In one key scene, Thomas breaks down and weeps pitifully. There is no one there to console him, no one to explain to the audience what he is specifically feeling. But, the audience understands Thomas at that point, and we know every unspoken thought running through his mind. That’s a testament to the film’s well-observed screenplay and the subtlety of the acting.

The Cakemaker explores the roles that we are forced to play on a daily basis. Anat runs a cafe in Jerusalem, and there are constant discussions about whether the food at her establishment is appropriately kosher. Anat herself seems unconcerned and even tells her brother-in-law she is not religious. His response is that she at least needs to play along for the sake of appearances. That gap between what we feel and what we can show to the outside world is a theme that runs throughout the film. The Cakemaker questions why our daily lives and the society we live in require a healthy dose of hypocrisy, a fraudulent veneer that we can show in public.

The Cakemaker refreshingly lacks any agenda. There’s a heterosexual marriage and an affair with a same-sex partner.  Is Oren a closeted gay man? Is he bisexual? The Cakemaker avoids labels and simply presents its emotions to the audience.  Oren’s love for his wife and son seems to be real.  His love for Thomas is undeniable. The film sees no reason to categorize its feelings and motivations, and it’s all the stronger for it.