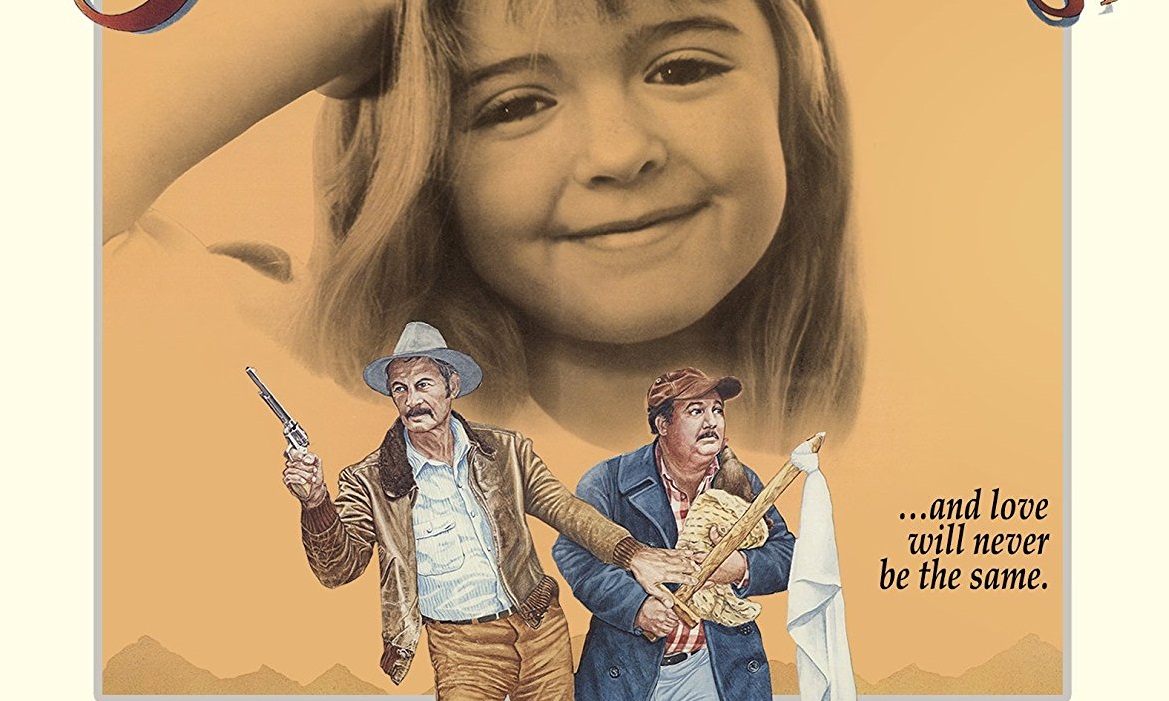 Adam ponders how weird the 80’s were with a look at the Kidnapping film for the entire family Savannah Smiles.  Recently released on Blu-Ray by MVD’s Rewind Collection.

Boys and Girls today’s “Word of the Day” is Saccharine.  Let us all say it together; SACCHARINE.  Good.  Now, let us use it in a sentence.  Savannah Smiles may be the most saccharine kidnapping drama ever produced.

The film written, produced, and starring Mark Miller as Alvie a recently escaped Convict who inadvertently becomes a kidnapper when Savannah (Bridgette Andersen) decides to runaway from her rich parents.  Part Shirley Temple vehicle, Part Laurel & Hardy vehicle by way of Kurosawa’s High Low.  One would think this radical combination would work to produce something strangely great.  Unfortunately, the results are far more standard and sweet than one would expect; less Cohen and Tate and more Apple Dumpling Gang.

The film does play out with similar trajectory as a 70’s era Disney Live Action film, going as far as to include Sherman Brother style songs.  The songs allow for so-sweet-it-hurts montage/musical interludes.  The film does find some charm in lead actress Andersen as Savannah.  Be warned though Andersen’s performance is from the precious kid’s era of acting.  Her Savannah can be found in every frame set for maximum cuteness ala Drew Barrymore.  Her work with Miller and Donovan Scott is the heart and soul of the film.  At its best, the film works as the trio begins to form a pseudo-family.

Part of the issue is the film attempt to want to be both an affecting drama about this mistaken kidnapping but also be a sort of amiable kids adventure.  Part and parcel with incongruent genres, mashing up often times can lead to mixed results.  This is the case with Savannah Smiles.  Those two particular genres lead to thudding bad tonal shifts that do not work in favor of the film.  Rather than being a comment on each of the genres, they make it perfectly clear to the viewer these two genres should never be matched together.  Coming off more like Stockholm Syndrome: The Movie.

This is not to say that Savannah Smiles is a terrible or bad film.  It’s just a film with a story that does not ultimately work in the way it’s intended.  Savannah Smiles is a kidnapping family film with an almost unbearable sweet tooth.  If that is your type of film; this is going to win you over like no one’s business.  If that seems like a jumbled mess of messiness then stay clear.

The Brand-New 2K High-Definition Transfer from 35mm Original Release Film Print Provided by the Library of Congress is the best the film has ever looked.  Having an Ex-Girlfriend who was obsessed with this film, I saw the initial Anchor Bay release multiple times.  That DVD was in no shape or form a good transfer.  Judging by that, this release is almost a revelation.  Though, those expecting some sort of Multi-Million dollar restoration take note that this transfer is not that.  What it is though is a great example of how a 35mm print ages and the condition of prints.  The Print they got from the Library of Congress is, in fact, the only one known in existence.  The transfer though cleaned up isn’t pristine but what transfer lacks in perfection it makes up in character.  Much like Twilight Time’s release of Comes a Horseman, there is a beauty in what we are given.

The Making of Savannah Smiles is a newly produced 30-minute making-of documentary about the film featuring all the major players that made this nearly forgotten cult classic family film.  The making of discusses the interesting history of the film and its main star Mark Miller struggle to make the film (the financing fell through more than once).

The Songs and Music of Savannah Smiles as mentioned in my review this feels like a later-era Disney Live Action film replete with Richard Sherman style music.  Here is a 6-minute interview with composer Ken Sutherland where he talks about the influences and making of the score and songs.

Savannah Smiles may not be for this reviewer but there are enough fans of this cult oddity that will appreciate the time and effort put into the release.  MVD Rewind Collection continues to make surprising choices that are separating them from other Boutique Labels.