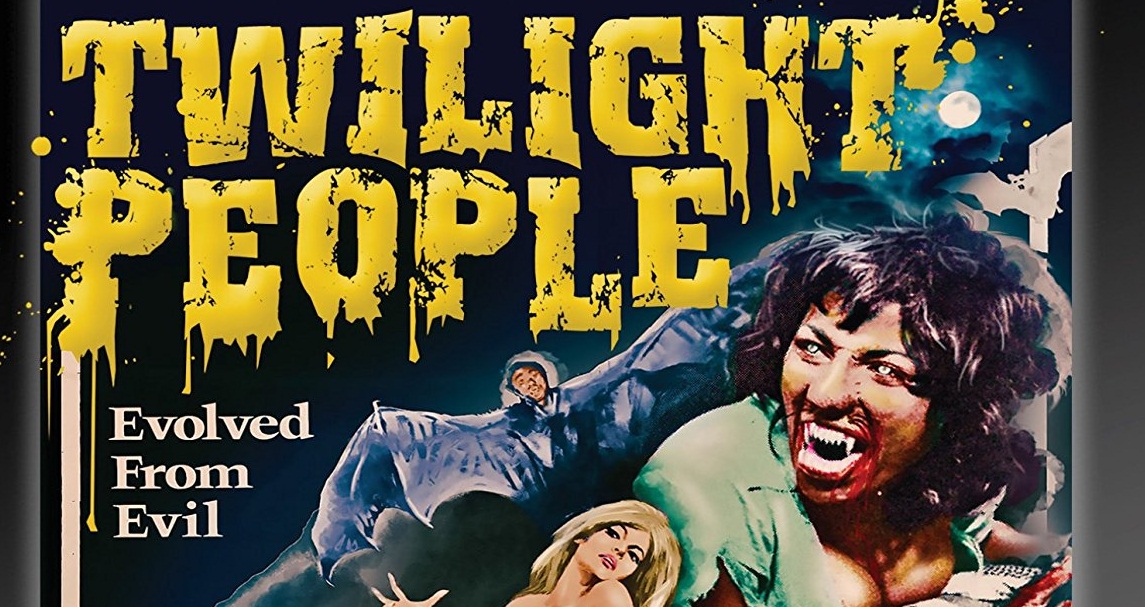 Adam takes a look at the low budget production of HG Welles’ The Island of Dr. Moreau, Twilight People released on Blu-Ray from VCI Retro Elite.

I will give director Eddie Romero this, he took that $150,000 budget he was given and stretched it as far as he could.  The follow up to his classic Black Mama, White Mama; Twilight People does not deliver in the way that his previous film had.  Shot on location in the Philippines, the film benefits greatly from the location shoot.  Like the Jack Hill prison pictures, the lush dense jungle of the South East Asian country adds a layer of the budget to an otherwise rickety production.

A wholesale rip off of H.G. Welles oft-told The Island of Dr. Moreau, Romero has added a layer of grime to the proceeding.  Matt Farrell (John Ashley who also co-wrote and produced) is captured and taken to Dr. Gordon (Charles Macaulay) who is doing cutting-edge research on genetics.  It takes this film about seven minutes to go bonkers in both the best and worst way.

Director Romero keeps everything moving even if nothing has any logic to it.  Those expecting raunchy staged scenes of violence and assault will be delighting in the sort of animal violence in store for them.  Everything is done with that lower budget makeup and blood that was the standard at the time. As the film builds steam there are a few unsavory moments like one of the hybrids attempting to rape the main hero Neva (Pat Woodell) or Dr. Gordon’s murdering of his disfigured wife.

Keen eyes will note Pam Grier’s name in the beautiful underwater photographed title sequence.  Beware of those hoping to find a classic Pam Grier performance.  As Ayes the Panther Woman the seminal 70’s actress has a role that amounts to three minutes of screen time (under heavy make-up) and no dialog whatsoever (unless you consider Panther sound FX’s dialog).

As low budget exploitation cinema goes Twilight People is middle of the pack.  The compact and tight eighty-minute actioner is not extreme or weird enough to truly make a bid for one of the true greats of the era.  An interesting film none-the-less that would line up nicely with one of the female prison pictures as a double feature.

Twilight People comes from VCI’s label Retro Elite with a new 2K Scan of the only surviving elements.  Those expecting a full on restoration will be disappointed.  The film benefits greatly from VCI’s remaster and new Scan.  A review of the other iterations on Home Video show a marked uptick in quality.

The Commentary by critics David Del Valle and David Decoteau who discuss the various aspects of the production like the cast, Romero and the how the production came to be.  This is the best commentary in lieu of Romero doing his own (who sadly passed away in 2013).

The hour-long interview with Director Eddie Romero is the real treat here.  Romero touches on all manner of subjects including his time with Corman, Jack Hill and a host of other Low Budget Luminaries from the 1970’s and how he became such a force in the Philippines during that era.  It’s a truly fascinating interview (much more than the film) that is worth the price of the Blu-Ray.  VCI is upfront about the video quality on the interview not being up to current standards.  It definitely is a nice touch of honesty but the issues hardly distract from this great interview.

A host of TV spots and an Original Trailer round out the special features.

Twilight People is for our grindhouse film fans only.  A cleaned up transfer and a surprising amount of extras make this a recommendation for those cineastes.