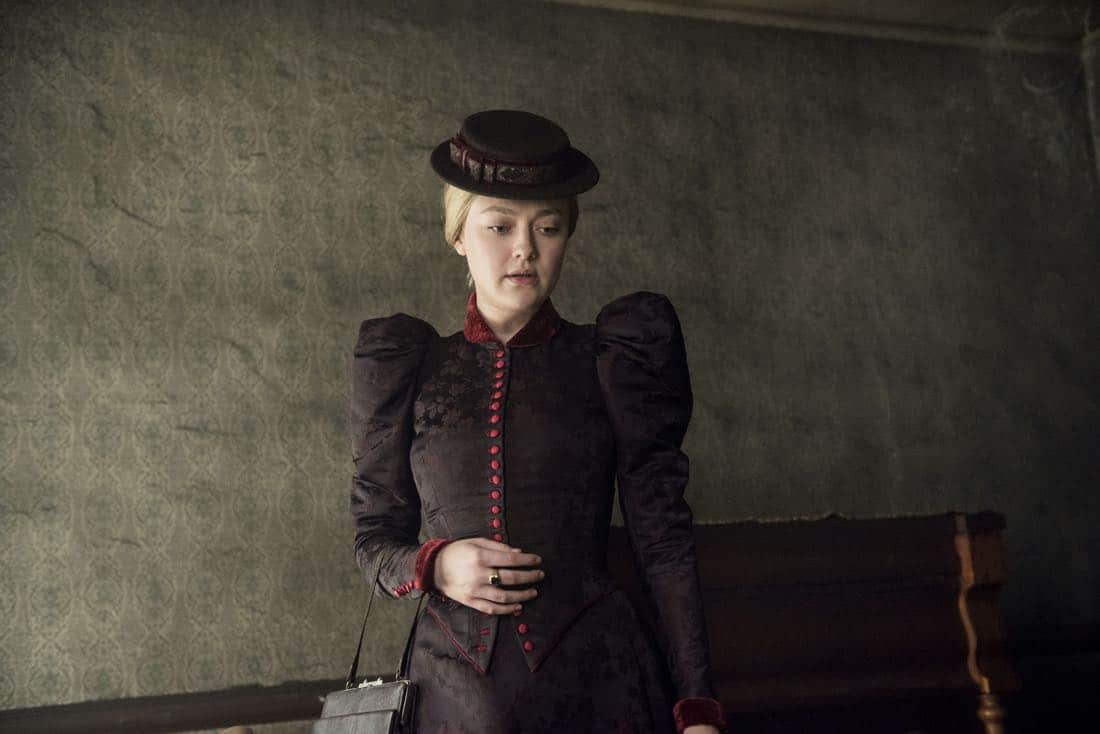 Adam reviews the ninth episode of the new TNT Drama The Alienist starring Daniel Brühl, Dakota Fanning, and Luke Evans.  The series is based on the Best-Selling Novel by Caleb Carr.

Endings are tough.  Yes, a cliché but still holds true and applicable to any narrative.  The Alienist with its ninth and penultimate episode finds the various plot threads beginning to come to a conclusion.  The ending of last week’s episode leaves the team shattered, attempting to recollect without Kreizler (Brühl), who is struck by crippling grief.  Howard (Fanning) in the face of everything emerges as a leader pushing to finish what they started no matter the cost.

A great show will always find a fresh way to tell a clichéd story beat or storyline.  The Alienist in its final episodes has found itself in that very predicament but has navigated those waters confidently.  The show’s secret is in its approach; leaning heavily on characters rather than plot mechanics. The show understands procedurals are not unique.  What does separate one from the proverbial “pack” of procedurals be its approach.  Which, though said previously, does bare merit in saying again, as none of this and episode eight’s plot would carry the weight it does unless we had a vested interest in these characters.

Part of where The Alienist even further separates itself from other shows beyond the procedural dramas is how it gives us damaged characters but it never dwells in that damage.  Kreizler, Moore, Howard, the Isaacson’s, Roosevelt, Mary, Byrnes, Cyrus, Connor, and Stevie are all fallible humans.  Some more despicable than others, in Connor and Byrnes case, but never without a point of view in what they do.  Connor and Byrnes though villains in the piece, are not just standing pieces for horrible acts done onto innocents to move the plot along.  Both men are a vitally drawn as any of the other characters that populate the 1890’s New York City of The Alienist.

The thrill of this penultimate episode is just how unexpected the turns are and how the final narrative is formulating to its conclusion.  For anyone watching the show that has delighted in the work that Dakota Fanning has done as Sarah Howard will find the episodes especially good.  The indignities she has suffered at the hands of the men of this show and how she has traversed them and their actions is the soul of the show.

Fanning as Howard continues to amaze as she evolves the performance.  Howard, as written, could have just been a series of speeches or plot contrivances.  In Fanning’s adept and skillful hands Howard is a woman who finds both anger and strength in her silence.  In this episode, Howard leading by example and taking the reins when it is needed most, are some of best moments Fanning has had to play in her career.  If anything one hopes that if The Alienist returns they give Fanning’s Sarah Howard an even larger role.

As this Limited Series comes to an end next week the stage has been set for a truly great hour of television.  This reviewer cannot wait.