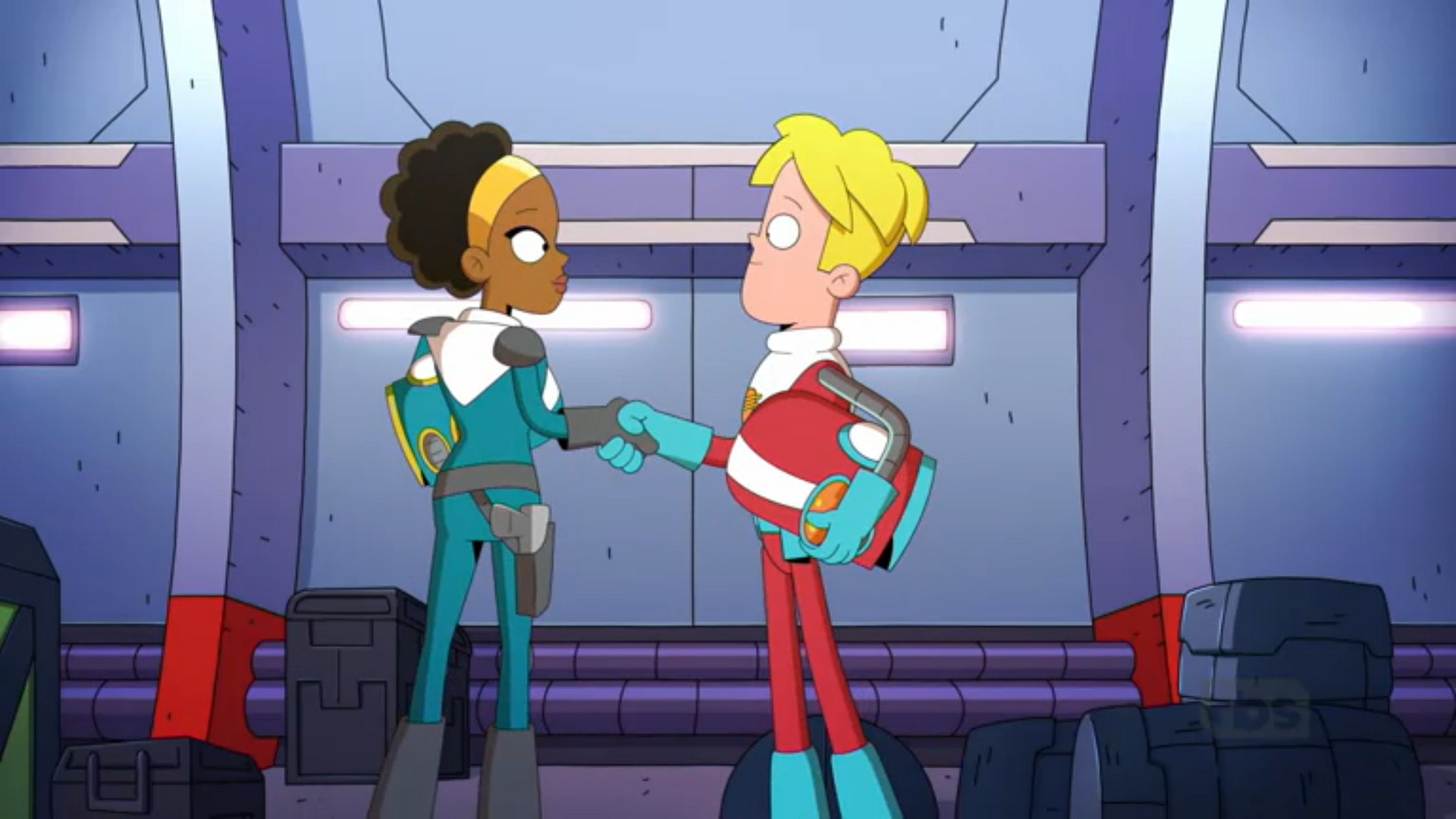 The most underserviced characters in Science Fiction are Female Protagonist.  Second, only to the Fantasy genre, Female characters have a tendency to be objects of lust, goals to be achieved or any number of plot contrivances that are needed.  Orlan Rogers seems to want to play into these as much as he wants to smash them into a million pieces with Quinn (voiced by Takia Sumpter).

The episode takes on just about every cliché (minus the skimpily dressed waif in need of savings) imaginable for a Female Character in a sci-fi story and literally smashes them in the face.  A literal scene and exchange between Quinn and another character have Quinn punching the guy every time he calls her anything but her name.  Much of the comedy in the episode is derived from the fact that Quinn is much more capable than both Avacato and Gary.  Quinn is cut from the same mold as Ellen Ripley who defy the expectations of strong capable female leads in Science Fiction.

Rogers and the writers have taken great care in writing a woman who is not only competent, intelligent, strong, and a leader but is also considerate.   Often times Female Protagonists are binary in genre stories; hard chargers or sensitive enablers.  Quinn is a hard charger, ass kicker, and life taker but isn’t devoid of emotions.  Sumpter’s characterization of Quinn grounds the character and doesn’t make her a joke.  How they are able to consistently come up with surprising ways to have her interact with Gary and Avocato is one of the joys of the episode (and series).

Though she is the object of Gary’s affection nothing about their relationship is simple.  Rogers and writers again have found a way to defy expectations.  They have written a plotline straight out of a Rom-Com or a bad Sci-Fi film and give it real heft and weight.  Minus a bout of angry dancing by Gary, much of their relationship is played straight (though the fists to the face are quite hilarious).  By instantly deflating their first face to face meeting in five years, Final Space takes the harder road.  They create a relationship with Gary and Quinn that is if they even have a relationship, that will be hard earned and one of equality.

Final Space is quickly becoming a show of defied expectations.   Orlan Rogers and crew have made a staple of the genre, overheated Space Opera, though the show is anything but formulaic.  By writing with an unexpected depth and heart the show has found its voice amongst its peers.  Even among the best of the genre, Final Space is something special.