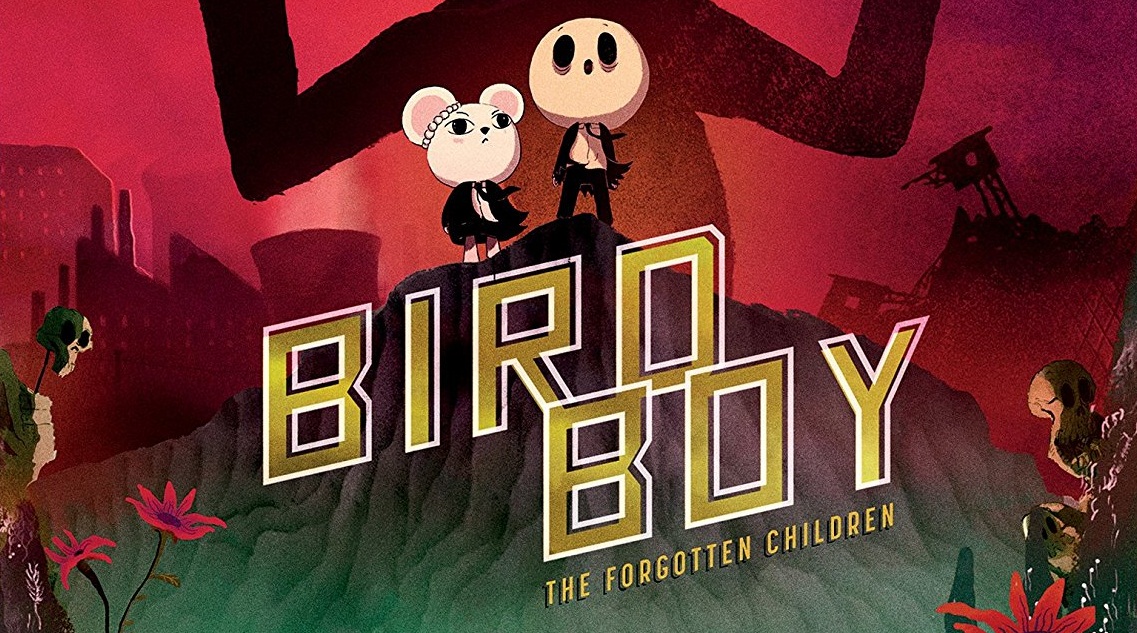 Adam takes a look at the strange and experimental animated entry from GKIDS, the Spanish language animated feature film Birdboy: The Forgotten Children.

GKIDS has quickly established (or establishing if you’re new to the Label) a brand of forward-thinking, adult-minded animated fare.  This is Pixar if ran by David Lynch.  It’s a brand that looks to release titles that push boundaries. I mention this as Birdboy: The Forgotten Children is an artful but narratively slight feature film, far from the normal conventions of what American view animation as.  This is not a criticism but a compliment to the film.

The film is more a nightmarish vision of the post-apocalyptic future done in an Animal Farm style universe than an actual story that is told.  The film invokes a mood and thematic through line.  What Birdboy: The Forgotten Children lacks narrative cohesion more than makes up for it in its visual acuity and visceral reactions.

Writer/Director team of Alberto Vázquez and Pedro Rivero adapt the graphic novel by Vázquez through the mood and feel of the horrors of trauma.  Nothing in the film is designed to be happy.  But this is not the sort of sad sack mopey-ism that Tim Burton has pushed for his entire career. This is true oppression and visions of estranged families, drug addiction, police brutality, racism, fascism.  All on display in a sort of “day in the life of…” framework.

The titular character himself is a drug-addicted orphan, having lost his father at the hand of fascist policing group.  The film’s build up to a crescendo via Birdboy’s final fight and his ultimate fate plays out as some sick cosmic joke.  The vicious circle of violence passed on and indoctrinated from generation to generation.  Birdboy: The Forgotten Children is only for the most adventurous of viewers. A challenging film that will reward those willing to take the risk.  Bravo to GKIDS for such an artful and daring release.

The film’s transfer is perfect, rendering a sharp image and great color representation (what little color is used).

The interview is a single interview with writer/directing duo Alberto Vázquez and Pedro Rivero discussing their journey in making an animated film with no plot.  Vázquez discusses how they approached adapting material that was a decade old and what went into that.  It’s a fascinating 13-minute interview that gives context to the oftentimes obtuse film.

The original Birdboy short films are much more of a prequel of sorts showing the time before the apocalypse and how certain plot threads came to be in the film.

Decorado is an experimental short that uses live recorded sounds matched to an animated picture for a very stirring effect.  The results are as transfixing as they are jarring.

GKIDS’ release of Birdboy: The Forgotten Children is an only for the most adventuresome of animation fans.  Those that will take the dare will be rewarded with something altogether new and unique.

GKIDS’ Blu-Ray of Birdboy: The Forgotten Children is out now.