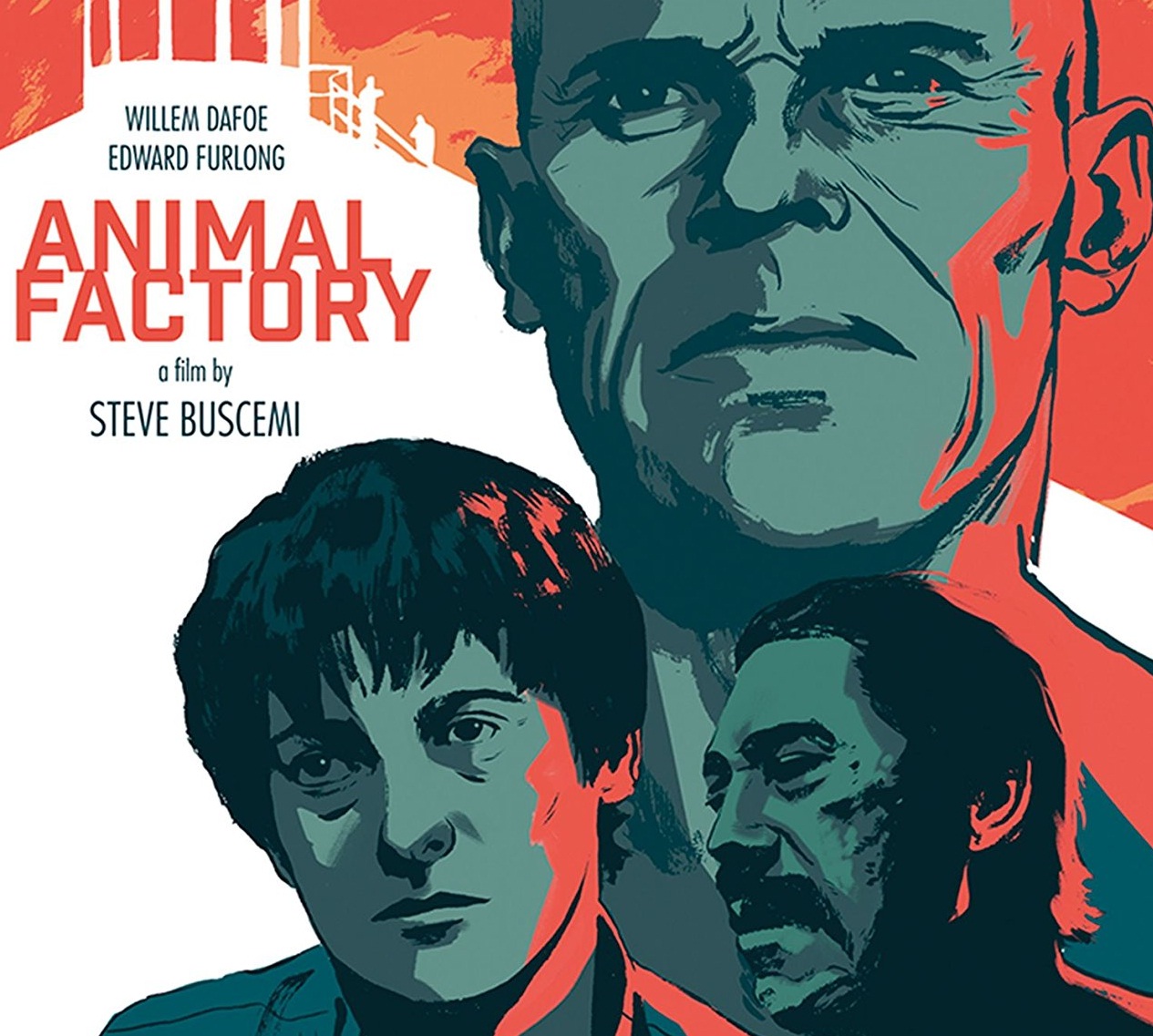 Animal Factory adapted from the novel of the same name by Eddie Bunker may be Steve Buscemi’s greatest work as a director.  Though a prison picture the film transcends that particular sub-genre’s trappings.  In telling a story of two men who become uneasy friends in a place that is designed to eradicate any humanity one has.  Be warned The Shawshank Redemption this is not, those looking for something as sentimental as that classic should look elsewhere.

At its core the film is a character study showing the inner workings of prison life.  The matter-of-factly way that everything proceeds is thanks in part to Buscemi’s style as a director.  There isn’t anything salacious or exploitative about how Buscemi and writers Eddie Bunker and John Steppling approach the material.  It does help that Bunker also wrote the novel that the film is based on.  Bunker before becoming a legendary Crime Novelist and Actor was a career criminal spending 19 calendar years in prison (from his own account).  Part of the power of Animal Factory is that it feels authentic because it’s being written by a man who spent a large chunk of his life in the correctional system.

The film tracks Ron Decker (Furlong) as he is sentenced to 5 years in prison on a drug charge and processed into prison.  He is quickly encircled by wolves (in the form of a group of Puerto Ricans that plan to rape and kill him) and is saved by lifer Earl Copen (Willem Dafoe).  Copen gets Decker out of trouble with the Puerto Ricans and takes the young man under his wing.  As unsure as the audience is of Copen, Decker is too.

Part of the beauty of Animal Factory is that Buscemi never lets the specific tension between Copen and Decker go.  That unease that Copen wants to make Decker his “punk” even if there are assurances by Copen that, “if I had wanted you, I would have already had you.”  The other part that transcends the genre is this friendship, one that goes beyond common friendship.  Bunker in his novel and in the script forms a relationship that could only be formed in prison.  A symbiotic relationship that is in part based on sexuality, beauty and also on the need to survive, equally balanced as Copen needs Decker as much as Decker needs Copen.

Edward Furlong and Willem Dafoe playing Decker and Copen respectively are on fire in this film.  Dafoe is brilliant in this subdued performance.  Furlong is an inspired choice as Decker, imbuing the character with a softness and androgynous quality that is not typical in this genre.  Their chemistry is what builds the film and its tension.  The work done by everyone is stellar including Tom Arnold in a cameo that is sure to frighten anyone.  John Heard should also be noted for his two heartbreaking scenes as Furlong’s father.

Animal Factory transcends the sub-genre to give us an uncommon and rare film.  A prison picture that is unsentimental uncommonly astute character piece about men on the fringe of society that trade in violence or the threat there of day in and day out.  Bunker and Buscemi like Copen and Decker make perfect compliments to one another.  One can only hope that Buscemi will return to Bunker’s work. Animal Factory is by far his most accomplished piece of filmmaking.

The High Definition transfer Arrow was given is slightly dated and does show.  The black levels are a bit washed out. That is the only complaint for an otherwise solid transfer.

The interview with Foshaw is a great 20 minute piece for those unfamiliar with the life and times of Eddie Bunker the author of Animal Factory.  Forshaw does an excellent job of discussing the novel’s career as both criminal and writer.  Many that have read Bunkers work (like the seminal No Beast So Fierce) will be fascinated as Foshaw discusses Bunker’s though on adaptations of his work.

The best extra by far is the inclusion of the commentary by Eddie Bunker and Danny Trejo.  Both helped produce Animal Factory and talk candidly about the film.  Bunker and Trejo we learn have known each other from their respective times in prison and in Hollywood.  It shows with their ribbing of one another and trading quick and fast facts and stories during the commentary.  The commentary is fascinating look by two men who have zero tolerance for anything less than truthful moments.  This is by far one of the liveliest and entertaining commentaries I’ve heard all year.  (Note: Commentary was Recorded in 2001 as Bunker had passed in 2005).

Arrow Video with Animal Factory continues their varied and great curation of their label. Recommended.

Animal Factory is out now from Arrow Video.