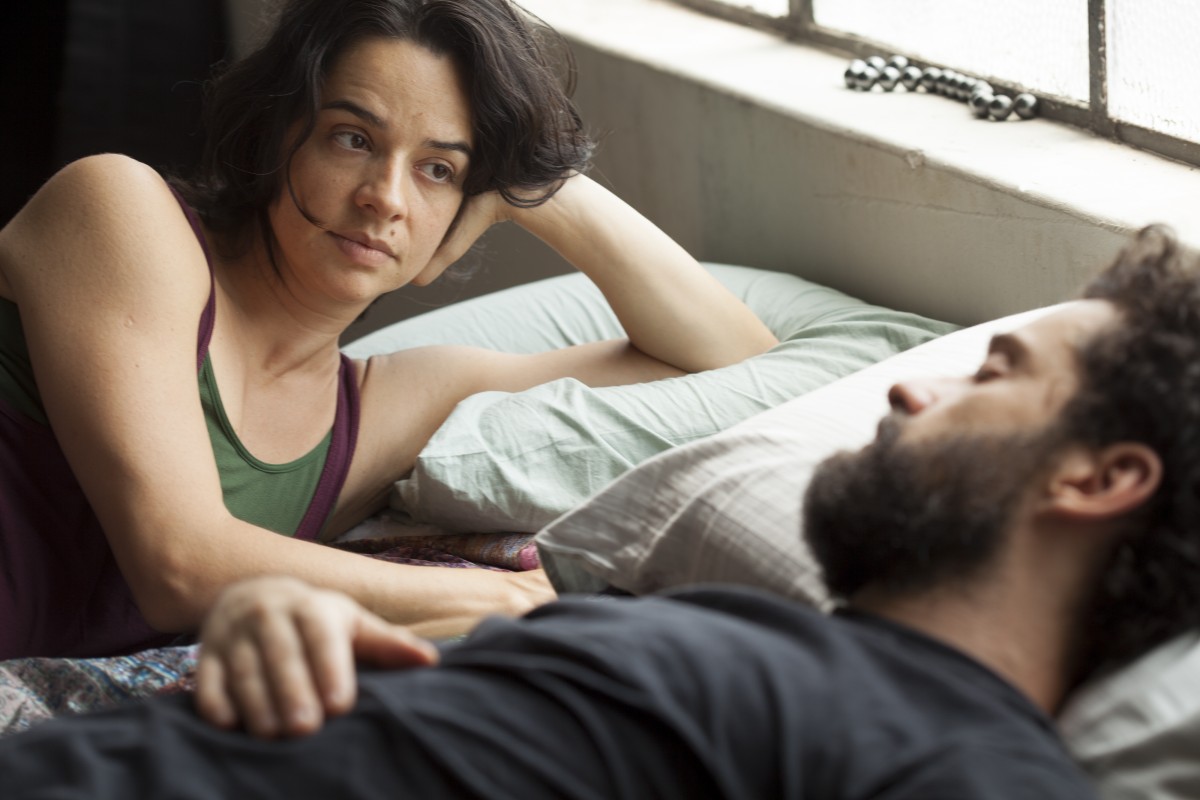 The second feature film from Brazilian writer/director Julia Murat Pendular is the kind of honest and truthful film about love, life and artists that we rarely see. The film dissects how these cross and commingle without cynicism and pretension that can often times be the case with these types of films.  Anchored by two brave performances by Raquel Karro and Rodrigo Bolzan, Murat’s feature charts the fracturing of the relationship as they attempt to create a space to live and work together.

The film begins as Karro’s Alice and Bolzan’s unnamed Sculptor use tape to draw division lines as to where each’s workspace will be.  Murat never wastes a frame or moment in Pendular showing us both the intent (cohabitation) and the actuality (division).  These two diametric opposing forces are at the center of the story and shape everything that Alice and her Sculptor go through.  From the challenges and minor successes, Murat beautifully charts the decent into the depths of fracturing.  The film is able to show the challenges couples face that not only choose to live together but create art together but separately with a simple honesty that few films can touch.

Murat builds the film to an emotionally visual moment of Alice exorcising demons (both personal and artistic) dancing to Joy Division’s Love will Tear us Apart. The moment plays out in a single shot to the entirety of the song.  The moment serves as not only a moment of emotional resonance but serves as Murat’s portrait of how a dancer comes to their emotive dance.  Never once is there someone to explain this or other artistic flourish that play out.  The visual style and impressionistic way Murat builds this all is wholly impressive because she never calls attention to this.  Though an audience intuitively understands everything.

Murat shows a clear voice for visually emotive filmmaking.  Much of Pendular is wordless and those moment with dialogue is incidental or the focus of the piece.  Murat expertly uses mise en scène, sound, score (or lack thereof) and the physicality of the performances to tell her story.  Set in a ruined industrial factory much of the film is told against the backdrop of not only a city soundscape but the decay of this factory/building.  Murat effectively uses this to show the characters internal decay slowly coming through.

Pendular is a challenging film but rewards you with a truthful look at two artists struggling with their relationship both with themselves with each other and their work.  Murat does not shy away from anything here; sex, anger, love, inspiration, creation are all viewed with an honest fashion.  Those uncomfortable with graphic and honest depictions of sex take will want to shy away from the film.  Those willing to be challenged will be rewarded with a film that is as beautiful as it is powerful.