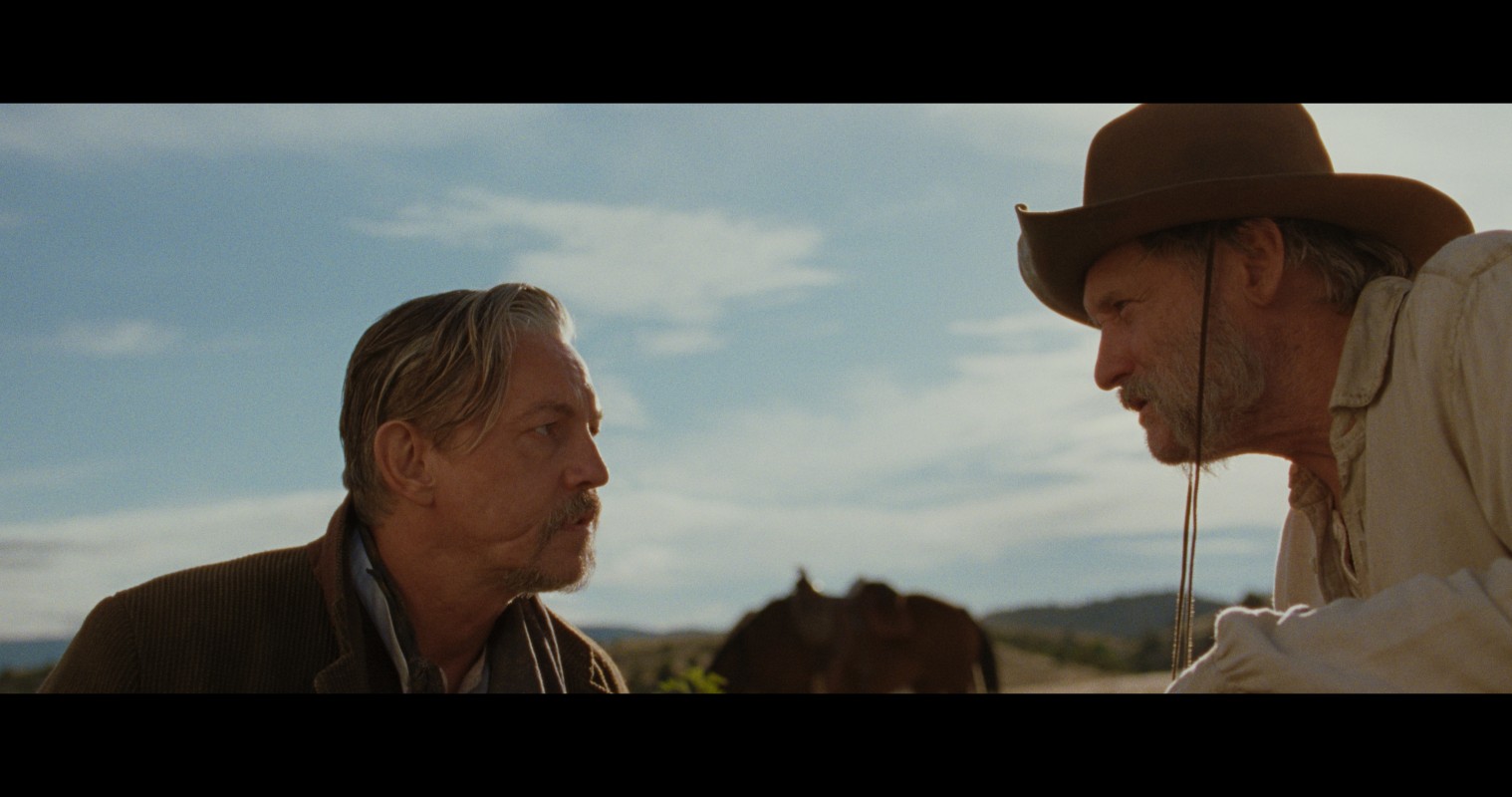 Adam reviews the newest western starring Bill Pullman, The Ballad of Lefty Brown, written and directed by Jared Moshé.  The film played as a part of the AFI Film Festival’s American Independent Section.

Imagine a Howard Hawks’ film where ten minutes in John Wayne was shot and killed, forcing Walter Brennan to become the hero of the piece.  To further compound issues, the Walter Brennan character just stepped into a Peckinpah-style western.  From these two statements, you will know if this film is for you.  The Ballad of Lefty Brown is a beautiful western that defies your expectations time and time again.

Anchored by Bill Pullman in a career-best performance as the titular character, this debut feature by Jared Moshé is an ode to westerns of yesteryear while also being a wholly new entity. Lefty is the good-natured simple soul who has been cared for by career lawman and newly-minted Senator, Edward Johnson (Peter Fonda).  A simple task turns deadly and has Lefty thinking about vengeance for his friend.

The story crafted by Moshé isn’t a simple case of role swapping but is a clever reworking of all the conventions and clichés of the western genre. There is a delight at the core of The Ballad of Lefty Brown that relishes defying the genre expectations.  The film never feels glib. By its end, it shows that its director, cast and crew have a true love and understanding of Westerns and how to subvert the particular tropes of the genre.

Moshé creates a real sense of danger in Lefty’s task.  As good-natured as Lefty is, the world surrounding him is very real.  The script (written by Moshé) never gives easy answers or free passes to Lefty. Help is given to Lefty by a recovering alcoholic Tom Harrah (Tommy Flanagan) and a kid with dime store novel dreams of being a gunslinger (Diego Josef).  This would-be crew is more trouble than help for Lefty as the film progresses, and Lefty finds himself in a position that could leave him shot and killed like Johnson.  There is a true sense of danger that many will delight in and real stakes that actually matter. Moshé is able to infuse these elements into the script that few dramas, let alone a modern western, can muster.

Part of these stakes and their danger comes from the fascinating performance by Bill Pullman.  An actor who has continually surprised throughout his three-decade career, sometimes defying Hollywood expectations.  Be it as the President fighting off an Alien invasion or as the high functioning drug addicted Darryl Zero or the bleach blonde bumbling kidnapper, Pullman has always given these roles a sense of understanding reminiscent of a Gary Cooper.

Here as Lefty Brown, Pullman gives a soulful career best performance.  Equal parts simple, courageous, scared, brave, and righteous, Lefty is a character who would be a joke in any other film.  For Moshé and Pullman, he is Don Quixote and Sancho Panza.  A man at odds with the changing world around him, ill-equipped to handle the coming modern expansion.  Pullman plays Lefty as knowing this is his last hurrah, the last ride and chance to be a hero and mean something.  The performance is as much a love letter to actors like Walter Houston and Walter Brennan as it is to the entire genre.  Pullman’s performance is as much a lament for the loss of the western genre as it is for the ideals that westerns hold.

The Ballad of Lefty Brown subverts genre conventions to praise the ideals of the classic Hollywood Western: courage, bravery, individuality, standing for what is right in the face of adversity.  Though they are very different films, the film is a perfect complement to High Noon.  Both find their heroes with an impossible task and only their ideals facing down villainy and corruption.  How this all unfolds is unique and raises The Ballad of Lefty Brown above and beyond.

The Ballad of Left Brown is currently on VOD through DirecTV and will be in theaters on December 12th.

1 comment on “Film Review: The Ballad of Lefty Brown”