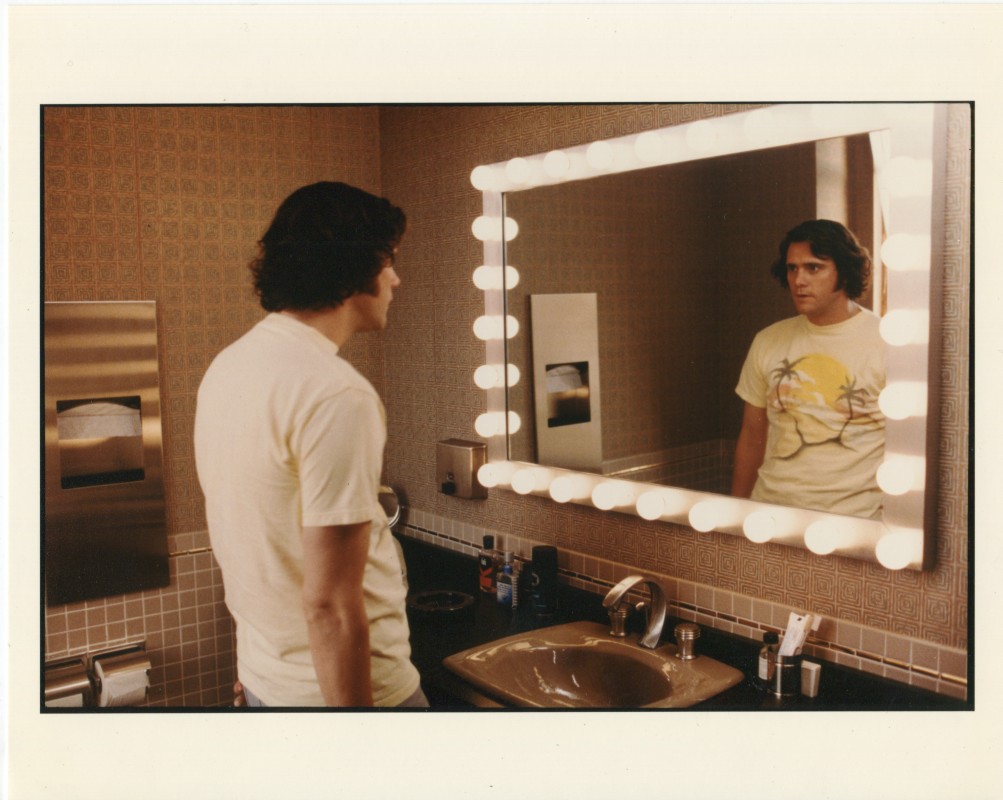 Adam reviews the Jim Carrey documentary Jim & Andy: The Great Beyond. The film played as a part of the AFI Film Festival 2017 in their Special Screening Series.

Often times we hear about an actor going to extreme lengths for a part.  Daniel Day Lewis living in a house he made for himself for months before he filmed The Crucible.  More recent, James Franco staying in character as Tommy Wiseau through the entirety of the filming of The Disaster Artist going as far as to direct the film in character.  These are stories of Hollywood lore are never to be seen by anyone not on set let alone the movie-going public.  That is until the truly heartfelt and brilliant (also very long titled) Jim & Andy: The Great Beyond – The Story of Jim Carrey & Andy Kaufman Featuring a Very Special, Contractually Obligated Mention of Tony Clifton.

Those expecting some sort of stunt or glib take down of Carrey should look elsewhere.  Director Chris Smith creates a documentary that just doesn’t tell the story of Carrey’s work as Kaufman but tells Kaufman’s story in parallel to Carrey’s own ascent to Super Stardom.  The same sort of humor, pathos and compassion that Smith showed in his debut feature, American Movie, is present here.  Smith’s was given over 100 hours of behind the scenes footage shot by Lynne Margulies and Bob Zmuda, both Kaufman confidants.  What he’s shaped with a present day interview with Carrey is nothing short of miraculous.

Jim & Andy: The Great Beyond by building its narrative from this detailed archived footage creates less a “talking heads” doc and more of a documentary narrative.  Allowing the footage to play out we are given a warts-and-all behind-the-scenes glimpse at how far Carrey went to accurately portray Kaufman in Man on the Moon.  Early on as Carrey interacts with director Milos Foreman, Danny Devito and others we realize as they do, he simply is Kaufman.  To complicate matters for the production and blurring the lines of reality, Carrey’s also plays Kaufman’s alter-ego Tony Clifton.

The power of the film is in its understanding of what story it is telling.  Smith never over sells anything in his direction.  The director lets Carrey, through the modern interview, to craft the narrative.  The star holds nothing back, being honest to the point of bluntness.  This bluntness allows for a rarity in these types of Hollywood documentaries; a stream of honesty.  By the star allowing the more damaging behind-the-scenes footage to be shown, the documentary becomes more than just another PR stunt. There is real narrative strife because of Carrey as Kaufman’s and Clifton antics on set.  It stands on its own as a portrait of two artists who blurred the lines between reality and comedy.

This film and the making of Man on the Moon would have delighted Kaufman to no end.  Carrey admits during the documentary that he wishes that they had been able to find a way to integrate the behind-the-scenes footage into Man on the Moon. That would have been a more fitting tribute and apt biography for the man that spent his career burring reality and performance.  As it stands now, Jim & Andy: The Great Beyond – The Story of Jim Carrey & Andy Kaufman Featuring a Very Special, Contractually Obligated Mention of Tony Clifton is as much a biography of Kaufman and Carrey as it is a tribute to the work that Jim Carrey did and the spirit of Kaufman’s legacy.

Jim & Andy: The Great Beyond – The Story of Jim Carrey & Andy Kaufman Featuring a Very Special, Contractually Obligated Mention of Tony Clifton is scheduled to debut on Netflix November 17th.

0 comments on “Film Review: Jim & Andy: The Great Beyond”