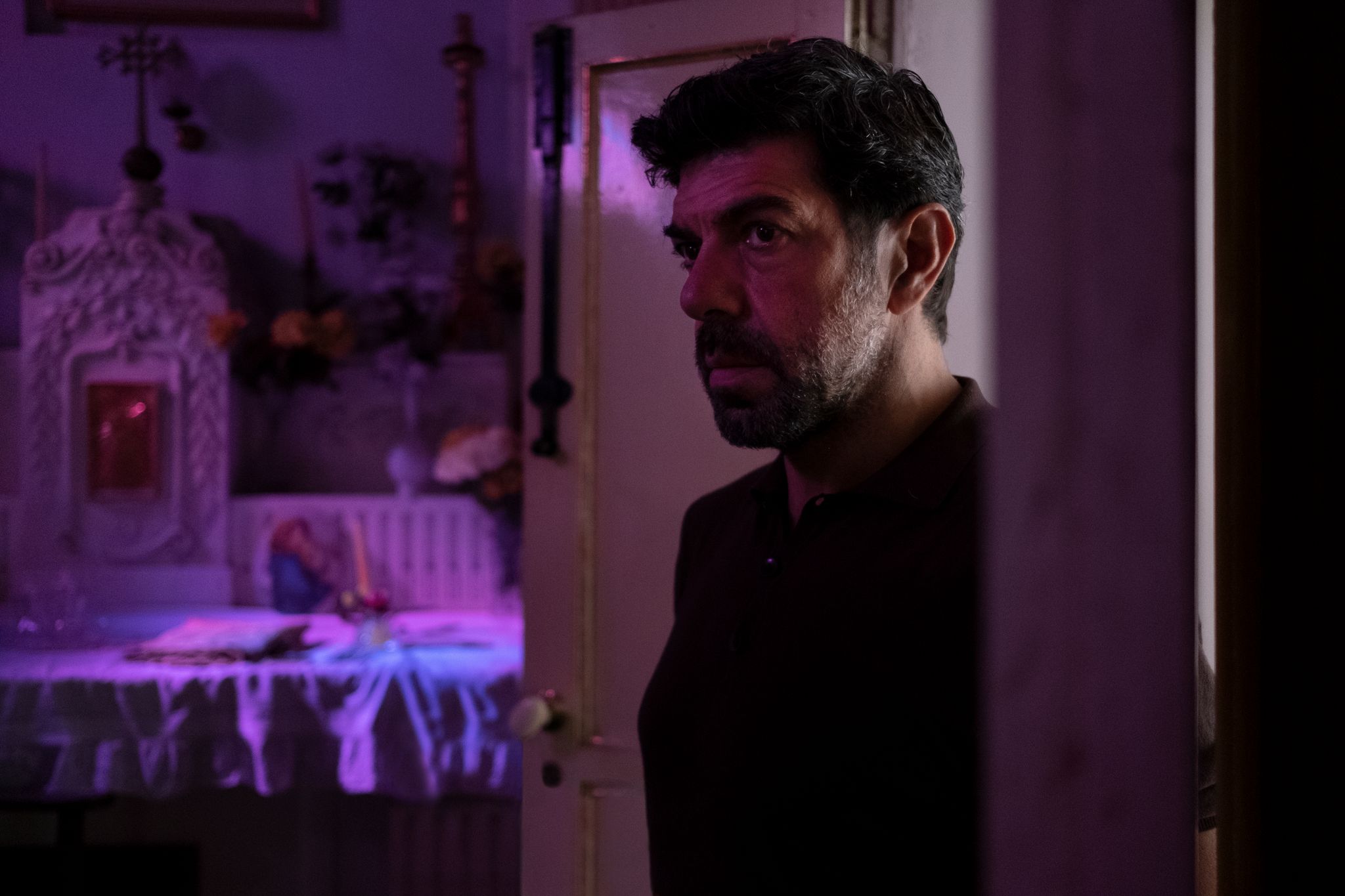 The problem with nostalgia is that it’s not real. Perhaps, like Felice, you can kid yourself for a while that the past is past – but eventually, the truth will out. One of the films officially selected for Cannes 2022, Nostalgia was Italy’s submission for the Academy Award for Best International Film.

Felice Lasco (Pierfrancesco Favino) has returned to his home city of Naples to visit his ailing mother (Aurora Quattrocchi). Initially, he appears like a fish out of water; he struggles with the language that he grew up speaking for the first 15 years of his life, he doesn’t drink red wine with his pasta, he doesn’t make the sign of the cross when in church. For Felice has been living in Beirut and then Cairo, and has adapted to Arab customs and language. It’s been 40 years since he visited the labyrinthine suburb of his youth and things feel both different and the same to him. But as Felice once again becomes familiar with the pace of life in Naples, he begins to deal with the issues that drove him away and tries to put them behind him.

Nostalgia for things past inevitably leads us to romanticise events or overlook fundamental problems which are long buried. Felice is guilty of this – reconnecting with his mother opens the door to reminiscence and he begins to believe that, 40 years on, past differences can be buried and he can rebuild a life in Italy with his Egyptian wife. But this is only his nostalgia – for those who didn’t leave the country, the truth is difficult to forget.

Based on the novel of the same name by Ermanno Rea, Nostalgia carefully navigates the portrayal of the Camorra, avoiding most of the well-worn warring clan depictions and focussing instead on the personal connections. Only ever seen from Felice’s point of view, director Mario Martone and his cinematographer Paolo Carnera switch to 4:3 ratio for some golden-tinted flashbacks; everyone else is concerned with the present and how to survive in such a volatile urban environment.

A handful of subtle yet telling scenes are pivotal, cleverly conveying the gradual shift in Felice’s perspective – a glass of red wine; local priest Don Luigi (Francesco di Leva) carefully introducing Felice to his flock as “someone who is very dear to [him]”; a couple of beautiful scenes of tenderness between mother and son, pouring decades of absence and love into just a few moments.

The final 10 or so minutes are incredibly tense – not in a horror sense, but in the nagging thought that something untoward is about to happen; every Vespa that buzzes past, every open-windowed Fiat slowing down to take a sharp bend in the maze of narrow streets, they all hint at something violent which may be about to happen.

The performances are strong, particularly Pierfrancesco Favino and Francesco di Leva as Felice and Don Luigi respectively, and the scenes between Favino and Aurora Quattrocchi as his mother are genuinely beautiful and will touch anyone who has cared for an elderly parent.

Nostalgia opens in theatres on 20th January 2023 and will be available on VOD/digital platforms on 21stFebruary.