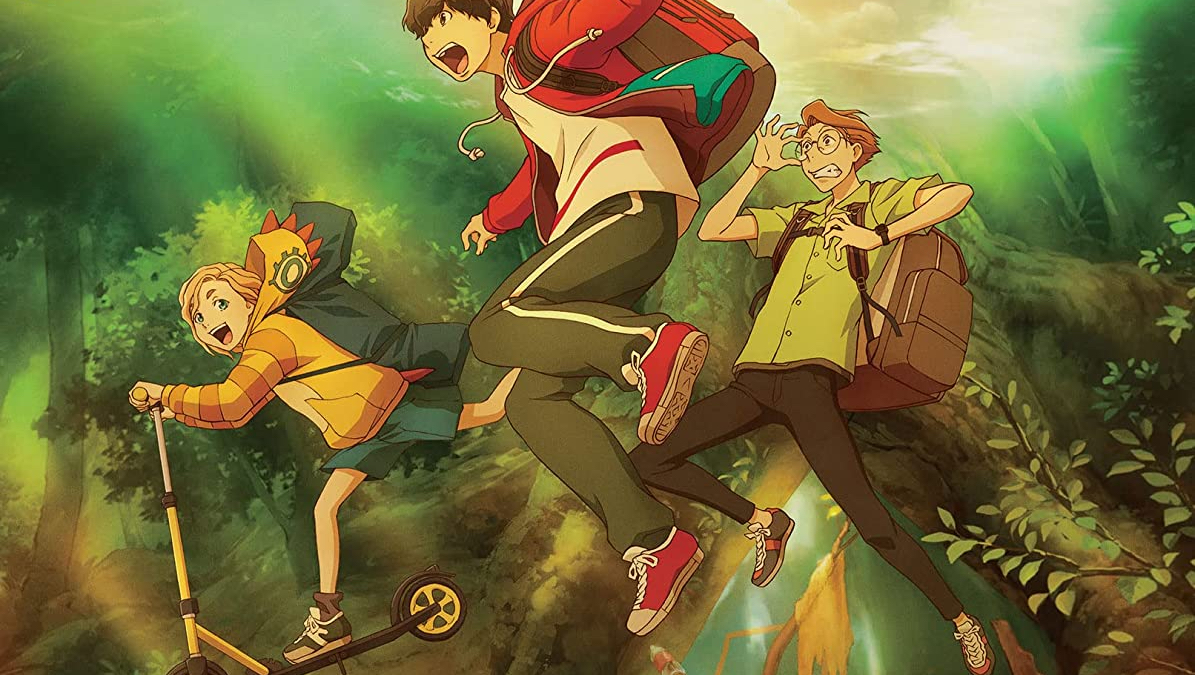 A heartfelt tale of friendship and coming-of-age Goodbye, Don Glees! channels Stand by Me and other similarly themed films with their own beautiful take on the genre.  New to Blu-Ray from Shout Factory and GKIDS!

Some genres never wear out their welcome.  The genres are so elastic they defy conventional wear and tear.  The Coming-of-Age story is one of them.  The genre as is the case with writer/director Atsuko Ishizuka’s Goodbye, Don Glees! is able to speak to a specific generation better than others because of the understanding of that generation’s particular concerns.

Toto and Roma have always been friends.  Shunned and bullied they’ve created their own club – a safe haven away from the world that’s rejected them – Don Glees.  As they enter High School they meet another similar boy Drop.  Drop a student from America makes their duo a trio of Don Glees.  It’s when a fireworks celebration and a forest fire occur to the boys incur the wrath of social media blaming them.  Drop, Toto, and Roma have no other choice than to find the drone they were using during their escapades to prove their innocence.  Though the adventure does not lead them to the destination they thought it would.

Goodbye, Don Glees! is more than just its plot machinations.  Embedded within is a film that surprises with a wealth of emotion.  Not built necessarily around troupes or cliché the film has an understanding of archetypes and how these stories do play out.  Though the work is so complex and richly tied to Japanese culture that these points and plot twists feel fresh.  In fact, the ending elevates this beyond a simple coming-of-age story becoming almost mystical.

One does not want to ruin this intelligently constructed film’s wonderfully emotive and evocative final third act.  Rather, after watching Goodbye, Don Glees! one will search out more of Writer/Director Ishizuka’s work and hope that it’s not another half decade before she gets a chance to direct.

The transfer provided to Shout Factory is a perfect example of how they continue to take care and pride in producing home video releases for their Animated films.  The razor-sharp transfer is complimented by its color reproduction and contrast levels.  An amble amount of the film is set in darker or nighttime settings all of which this Blu-Ray transfer handles without any issue.  The only way one could elevate the transfer is by releasing a 4K UHD version.

Interview With Director Atsuko Ishizuka (10:33) – in this all-new interview with the writer/director she begins with how the film evolved out of begin jealous of boys being able to be reckless and stupid at a certain age.  Some of the other details include the similarities (or lack thereof) to Stand by Me, how she developed the different characters, the differences between how to approach the “girls” and the “boys”, the character she identified most with, how her accomplished student films got her more work out of University, and much more.  One could watch an interview two or three times as long with Ishizuka.

Goodbye, Don Glees! is a delight and surprise for any fan of cinema let alone animation.  Highest Recommendations!