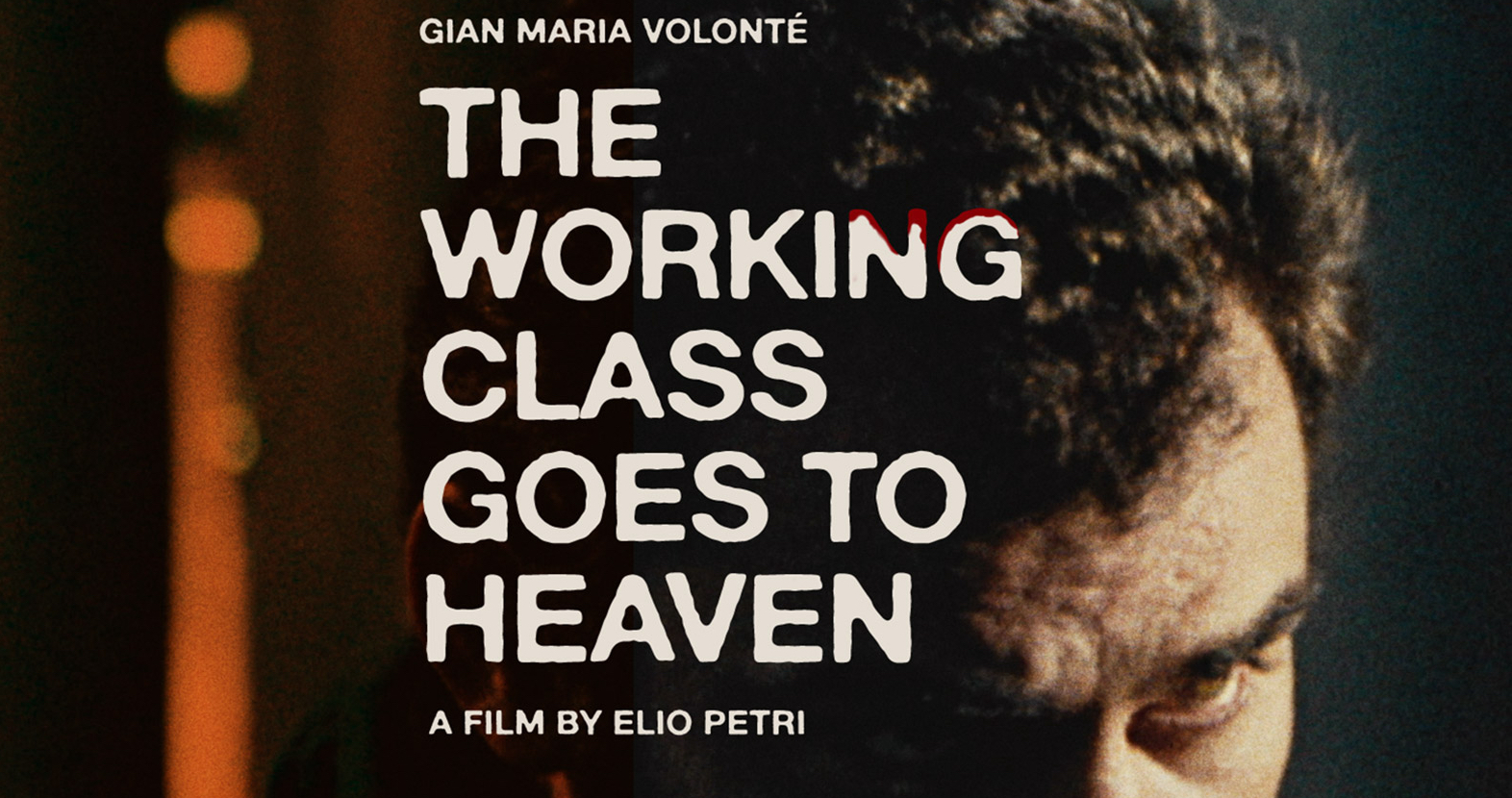 Radiance Films launches in 2023 with a very well-timed Blu-ray debut – the Cannes Palme d’Or winning film The Working Class Goes to Heaven, from one of Italy’s most political filmmakers, Elio Petri.

Watching The Working Class Goes to Heaven for the very first time in a country where the wealthy appear to be getting wealthier, yet stagnant wages and worsening working conditions leave thousands of key workers with no other option but to strike in demand of improvement, Radiance Films couldn’t have chosen a more apt film with which to start the year.

The Working Class Goes to Heaven takes place in Italy in 1971, a time of unrest in which left-wing student groups are vocal against the corruption of capitalism, urging factory workers to wake up to the realisation of their situation. One of these workers is Lulù (Gian Maria Volonté), whose machine-like approach to his work ensures that he is almost single-handedly increasing productivity in the factory where he works. But his co-workers can’t match his pace, and his success rate raises management expectations of what can be produced during a working day. Outside of the factory, Lulù has one broken marriage behind him and is in the middle of another rocky relationship which is suffering as a result of his daily toil. An industrial accident then radicalises Lulù, and he unwittingly becomes the face of the workplace revolution.

Filmed in a factory in Northern Italy and using some of the workers as extras, director Elio Petri paints a picture of an ordinary man looking for his place in the world, and gradually realising that it has already been allotted to him as a result of his class and education. It pits the ideological students, most of whom have not done a day’s hard labour before, against the realities of the working class man, scraping lire here and there to put food on the table for the family. And of course it viciously shows up the divide between workers and management, those who exploit and those who are exploited.

Although it’s highly likely that many of the things portrayed in the film happened in one way or another to the workers of Novara and any number of other Italian towns, the film doesn’t claim to be based on ‘a true story’, but it does have an almost documentary-style feel to it. This is in no small part down to an outstanding performance by Gian Maria Volonté, who embodies Lulù to such perfection that it’s difficult to accept that he hasn’t been working on the production line all his life.

Luigi Kuveiller’s camera follows Lulù’s face throughout, so that we see his gradual breakdown on the horizon, and the choppy film editing of Ruggero Mastroianni adds a feeling of urgency and a lack of control to Lulù’s journey.

With additional interviews and archival documentary footage exploring the realities of the time in more depth, along with some of the cast and crew’s own political backgrounds, The Working Class Goes to Heaven is a politically charged film of the early 1970s which unfortunately also resonates today.

The Working Class Goes to Heaven is available from Radiance Films from 2nd January 2023.