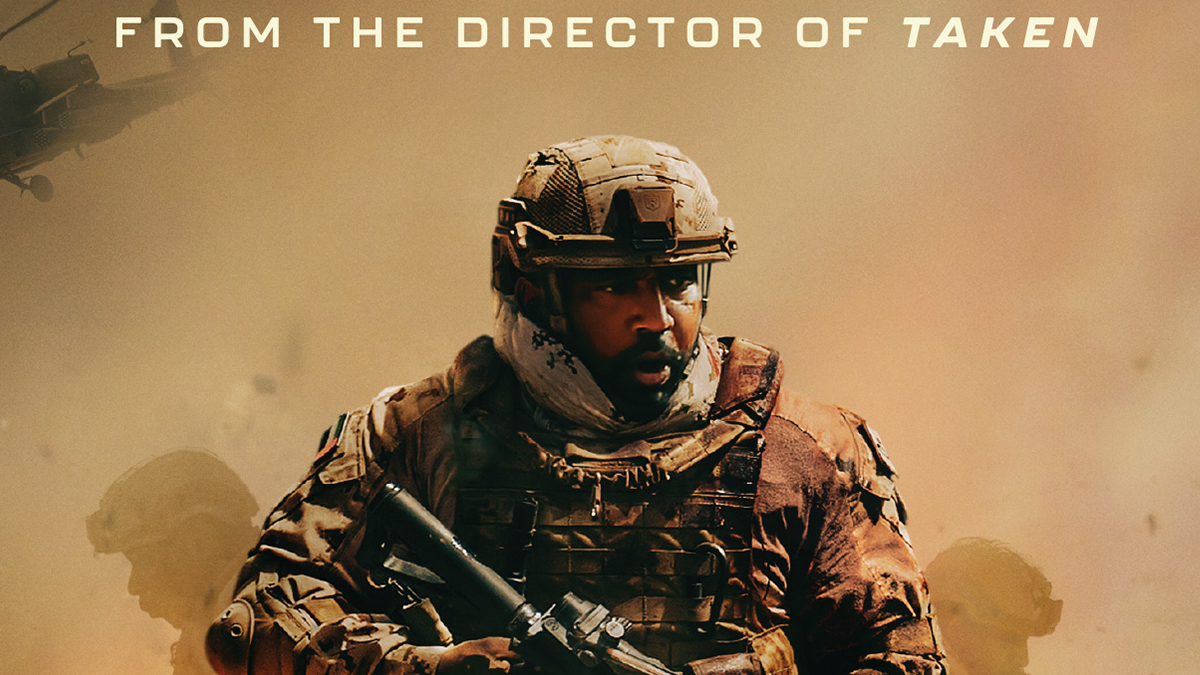 Director Pierre Morrel puts a new coat of paint on the war film with The Ambush.  New to Blu-Ray from Well Go USA.

Sometimes all a tired and true genre needs is an inspired notion to revitalize what we’ve seen repeatedly.  The Ambush adroitly understands this setting its action in the UAE and casting an all-Arab cast.  The results are something that may deal with archetypes but never feel cliched.

What begins as a routine military patrol ends in an ambush by rebel forces trapping a crew of an armored truck in a canyon with no escape.  A quick response team is deployed to try to help the three men as an overwhelming opposition begins to encroach on them.  It is only a matter of time until this well-planned coordinated attack succeeds in its goal.

The Ambush isn’t a subtle film, nor is it meant to be.  Though it is a clear, concise, sharp film that does effectively what other War Films attempt to usually in 2.5 hours.  Thankfully, screenwriters Brandon Birtell and Kurtis Birtell’s script is a lean and economical one that understands a film – like this one – is better than most modern-day entries.  One that services characters and action “on the go”.  They etch these soldiers quickly and efficiently within the first 20 minutes which allows the next 90 minutes are able to sustain action and conflict.

Director Pierre Morrel understands the exact film he’s making and delivers a geographically sound, character-based, hard-hitting-action film.  There isn’t gore for the sake of gore here, but the impact and the dangers of combat are definitely on display.  The biggest accomplishment of the whole enterprise is how Morrel with editors Shahnaz Dulaimy and Frédéric Thoraval and ace vet cinematographer Thierry Arbogast make the last two-thirds of a close to 120-minute film one long action scenes that isn’t an exhausting experience.

The Ambush is an unexpected war-time action thriller that delivers on its action premise.

The transfer provided to Well Go USA is nearly flawless.  There isn’t an issue or concern with the digitally shot film’s transfer to Blu-Ray and home video.  The image is as crisp as the desert that Arbogast shot the film in.   Well Go USA continues to bring the best version of its films from the big screen to home video.  Bravo!

A special note should be made of The Ambush which features a beautiful DTS-EX encoded soundtrack that’s one of the more aggressive and bombastic tracks of 2022.  With even a halfway decent home theater a/v setup one will be thrilled by this demo-disc style soundtrack.  Impressive.

The Ambush delivers an ace-action thriller.  Well Go USA brings it to home video with outstanding picture and sound. Recommended.