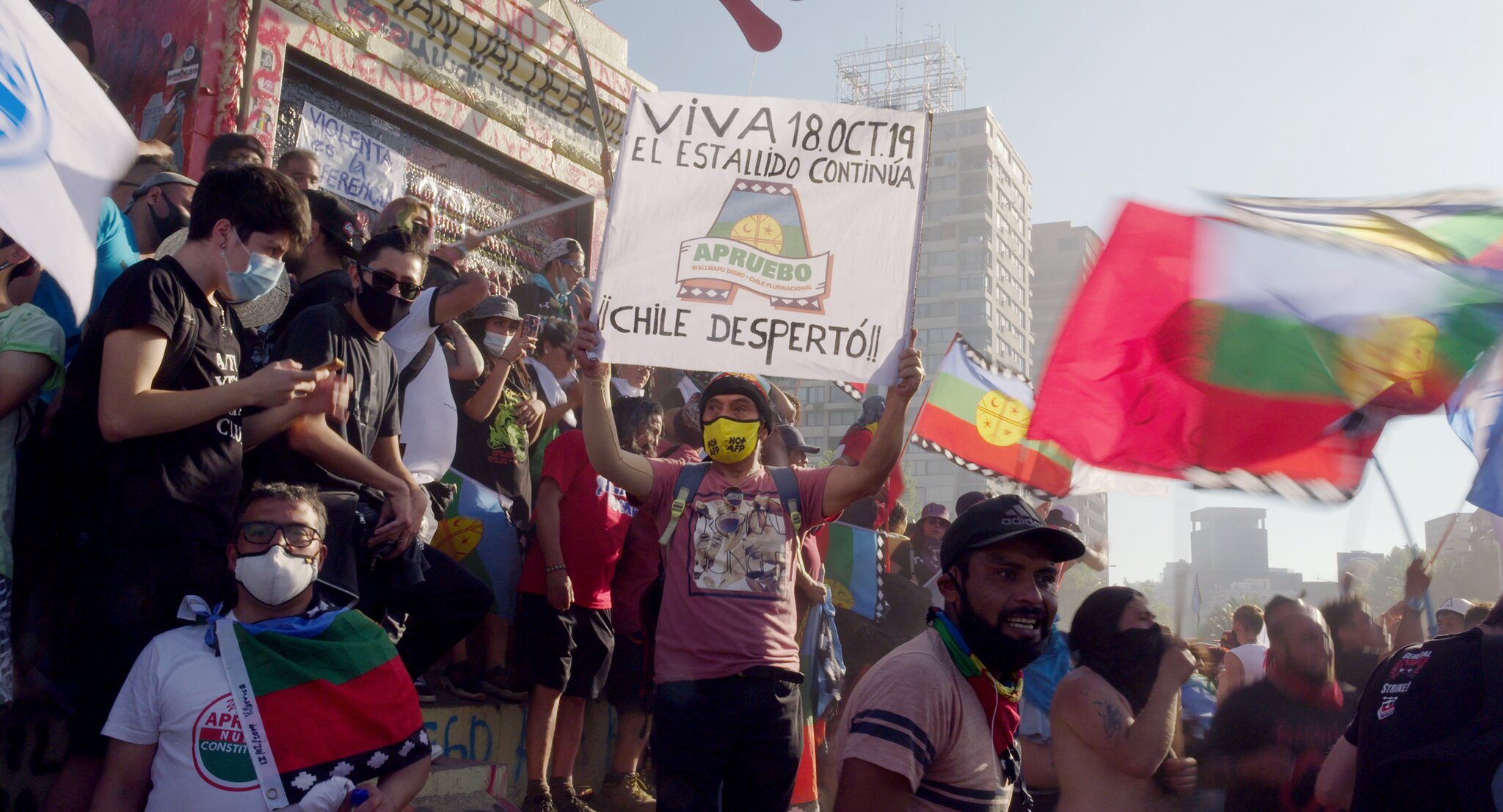 Acclaimed Chilean documentarian Patricio Guzmán returns yet again to his homeland to chart an unexpected people’s revolution, one which could finally banish past oppressions and give him and his compatriots the country they dream of.

Patricio Guzmán’s latest documentary, My Imaginary Country, opens with the director himself setting the scene in a slow, deliberate voice-over:

“October 2019, an unexpected revolution, a social explosion. One and a half million people demonstrated in the streets of Santiago for more democracy, a more dignified life, a better education, a better health system, and a new Constitution. Chile had recovered its memory. The event I had been waiting for since my student struggles in 1973 finally materialized.”

Chile’s political and social history has been catalogued by Guzmán many times (The Battle of Chile, Nostalgia for the Light, The Pearl Button), but My Imaginary Country is less philosophical than his more recent output, and much more a work of reportage.

Focussing exclusively on female voices of all ages, Guzmán charts a path from (almost) the beginning of the social protests to the election of a new, young president who embraces the push for huge constitutional change to remove lingering frameworks of the Pinochet dictatorship and bring about a government where gender and ethnicity are irrelevant and where everyone has an acceptable standard of living.

The ‘almost’ is key. Guzmán admits that he missed the spark which started the protests and was only able to travel to Chile once things had grown in scale. And while the end of the film excitedly talks about the referendum on the new constitution which is to come, the documentary ends before the vote takes place, and so the outcome is also missing from the narrative. It somehow feels incomplete as a journey.

The strength of the film is definitely the women who speak out – younger women needing to protect their identity or who are volunteering their medical expertise to assist those injured in the protests, others who are older and who have experienced more of Chile’s murky history.

My Imaginary Country is perhaps not the most striking of Guzmán’s works because of the lack of detail, but the voices are worth hearing and it is, for once, a film with hope for Chile.

My Imaginary Country was a Special Presentation at the London Film Festival from 9th October 2022.