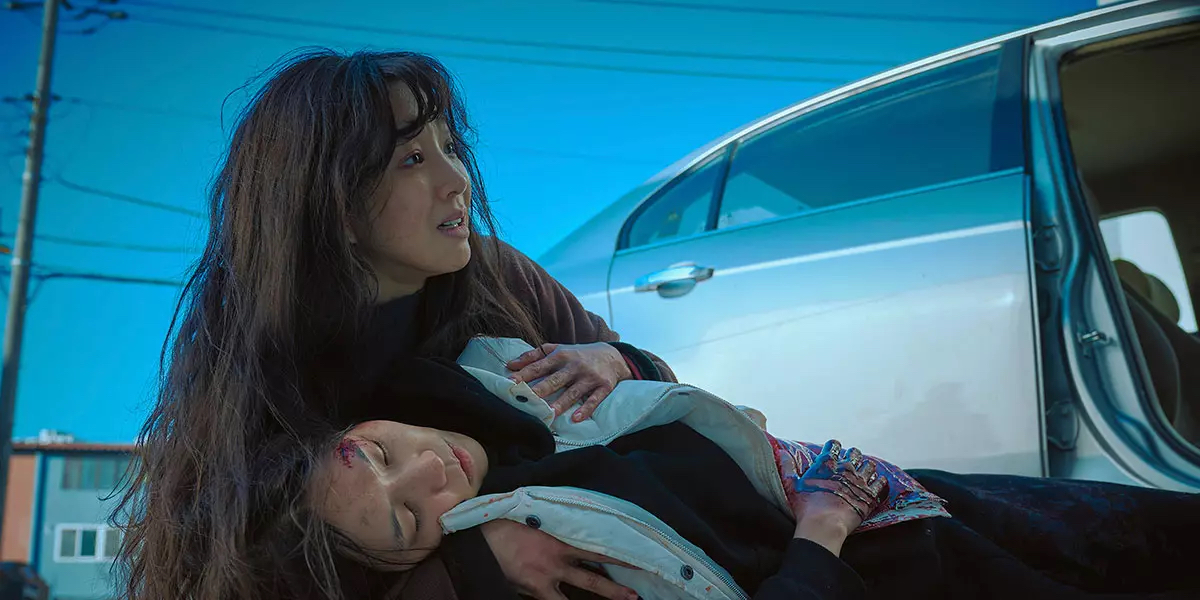 A labyrinthine plot with a few too many twists in the second half, The Woman in the White Car is nevertheless an engaging film from start to finish, featuring two outstanding performances from its leading actors, including Jung-eun Lee (Parasite’s housekeeper).

The Woman in the White Car begins as a conventional police enquiry following the arrival of a badly injured woman and her sister at a small Korean hospital, with two local police officers called to investigate.

Do-kyung (Ryeowon Jung) maintains that she was beaten, and her sister stabbed, by the sister’s fiancé. But he has disappeared without a trace, and it soon becomes clear that not only is the stabbed woman, not Do-kyung’s sister but that events probably played out differently than Do-Kyung is relating them. The investigative team (led by Parasite’s housekeeper Jung-eun Lee) find their investigations following one twist after another until the final truth (or is it?) is uncovered.

The first half is highly enjoyable, keeps you on your toes, and benefits from two barnstorming but very different performances from Ryeowon Jung and Jung-eun Lee. Ryeowon Jung eases seamlessly through several stages of mental imbalance, and Jung-eun Lee just about keeps a handle on the fallout from her experience of childhood abuse which colour her response to life.

At the midway point of the film is a moment which spectacularly upends the police investigation, and sets the second half off on a rollercoaster of twists and turns, which are somewhat difficult to keep up with.

I’d say there are two too many twists in the second half and although that moves things along swiftly, it also makes you wonder when it is actually going to end.

But it’s entertaining and worth watching for the two central performances alone.

The Woman in the White Car plays in the Thrill category at the London Film Festival from 7th October 2022.