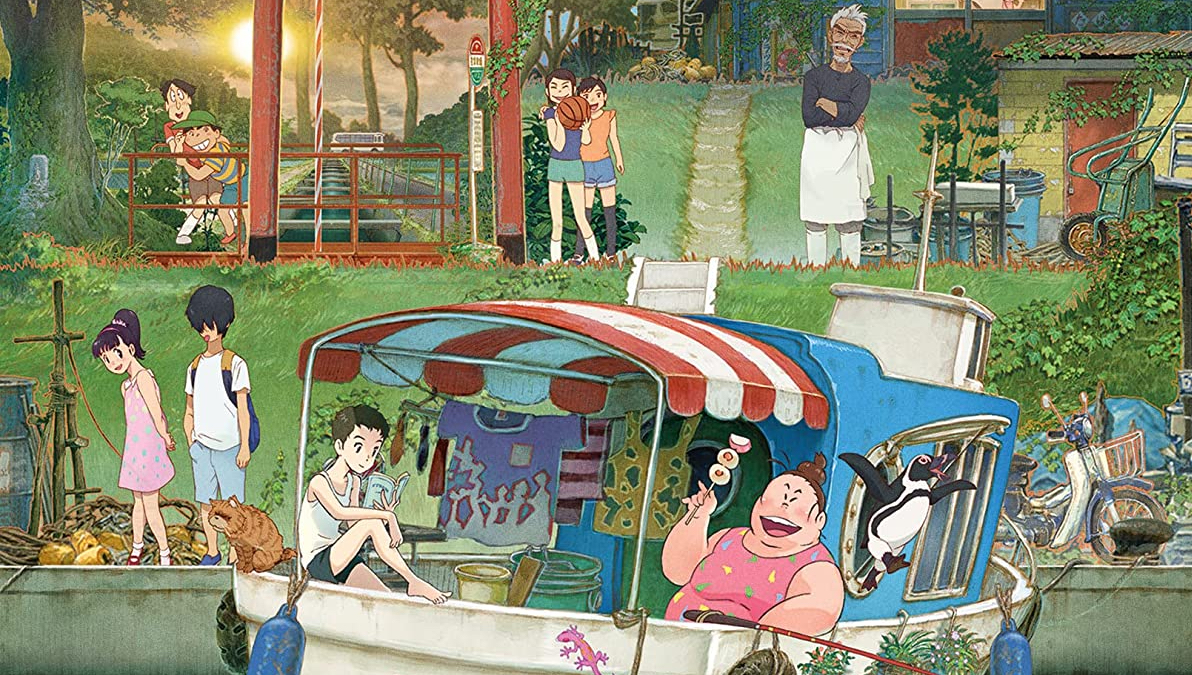 Fortune Favors Lady Nikuko is another delightful surprise from Shout Factory and GKIDS on Blu-Ray.

The story of a mother and her daughter making it through life is the type of film at first glance gives us characters that can grate and annoy.  Though these characters like in life stop grating and begin to slowly but surely creep into your heart.  Part of the magic of Fortune Favors Lady Nikuko is its small stakes that are so humane and a part of your daily life that one will wonder “what’s it all about Alfie” until it smacks you right in the face.

Based on the novel by Kanako Nishi of the same name the film feels like a novel in the best way unfolding its gentle but lovely narrative in its own time.  The script by Satomi Ooshima never loses its focus or power.  The focus is always on the characters and the relationships.  Rarely do we get a mother-daughter relationship that’s so understanding of that dynamic and understanding that this is enough to carry the weight of an entire film.

The transfer provided to Shout Factory is a nearly flawless perfect transfer.  The handsome razor-sharp image is a showcase for the beautifully animated feature.

Making Of (72:25) – much like their work on other animated titles, Shout Factory has been provided an amazing feature-length making-of documentary.  The documentary takes one from the origins, development, the production, and finally release.  There isn’t a portion of the production that isn’t covered in this thorough documentary.  Anyone that is remotely interested in how this very unique animated dramedy came to life should watch this feature. Japanese with English Subtitles.

Film Completion Press Conference (26:54) – The Press Conference is hosted by Nippon TV with the cast and crew as they begin their press tour.  The group is led by producer Sanma Akshiya – whose a rascal of a charmer – in introducing and discussing the production of the film.  Some of the others who comment include Actors Cocomi, Shinobu Otake, Hiro Shimono, and director Ayumu Watanabe.  Japanese with English Subtitles.

Official Premiere Event (18:34) – the entire cast and crew appear on stage (socially distanced as it was filmed in June 2021 still in the midst of the pandemic) for a post-screening Q&A.  Some of the cast and crew discussing the film are Actors Cocomi, Shinobu Otake, Hiro Shimono, producer Akshiya, and director Watanabe.  Some of the details include the actor’s favorite scenes, their hopes for the film’s release, and much more.  Japanese with English Subtitles.

Sanma Akashiya Birthday Event (18:02) – which is held at a screening in the producer’s hometown.  Some of the details include how they got the novel, how they approached the film and its style, casting the various actors, their favorite scenes, and much more.   Japanese with English Subtitles.

Guest Speaker Event (19:55) – Actresses Shinobu Otake and Cocomi – and a surprise appearance by director Ayumu Watanabe – do a post-screening Q&A at the time of release.  They speak about references director Watanabe used for his film, a gift that novelist Kanako Nishi gave Cocomi, their thoughts on the final film, and much more.  Japanese with English Subtitles.