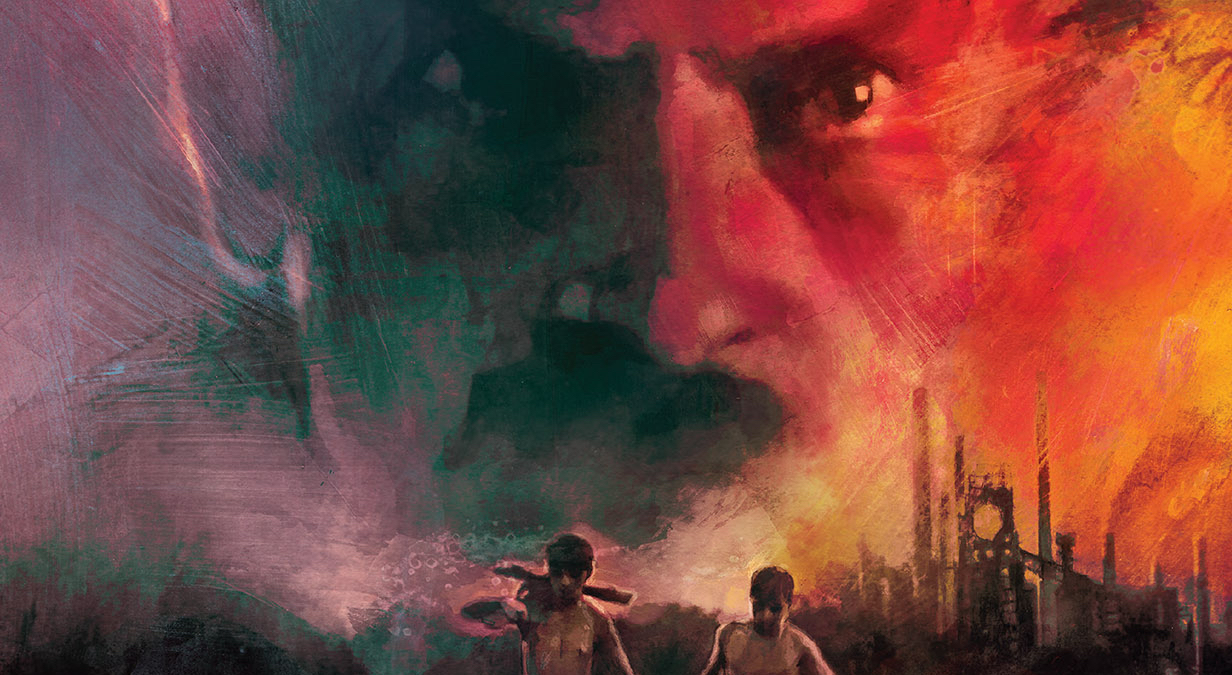 Mondocane is the Italian Post-Apocalyptic Coming-of-Age film you never knew you needed until now.  New to Blu-Ray from Kino Lorber.

Mondocane (Dennis Protopapap) and Pisciasotto (Giuliano Soprano) are orphans trying to survive the desolation of New Taranto.   They see the only escape is to join The Ants a gang run by the ruthless Testacalda (Alessandro Borghi). They are conscripted into the gang and only after does Mondocane becomes disillusioned not wanting to conform to the violent lifestyle of The Ants.  Pisciasotto however takes to the crime and murder like a duck to water.  The two lifelong friends begin to turn against one another as Testacalda sees that he can manipulate Pisciasotto to do his bidding.  It is only a matter of time until one turns on the other.

Make no mistake, Mondocane is not your average “kids” film.  Though it stars younger actors, this is a film made strictly for adults.  The film is a terse and intense experience with the pre-teens taking drugs, drinking, stealing, and even killing.  The script written by Celli and co-writer Antonio Leotti takes inspiration from the Italian Post-Apocalyptic knock-off films of the 1980s but only uses them as a starting point.

More akin to City of God though Mondocane shows a city that has crumbled in the future and has been overtaken by those left behind.  It is never critical or polemic about its themes, there is definitely an understanding of the sort of breakdown in society and class systems here.  Mondocane shows the aftermath of the collapse.  The building of new tribes and how this is alluring to the orphans that have been left.

The film presents the dichotomy of both orphans being held by the state and those that are under the gaze of Testacalda.  Neither are welcoming choices as both are very clearly shown in the film are at the cost of the youth.  In the state’s hands “school” is nothing more than manual labor.  Under Testacalda’s guidance, they are pawns on his violent chessboard of power plays against the police.

First and foremost, Mondocane is a visceral and thrilling coming-of-age story about friendship.  One that is forged under the most dystopian of circumstances.  How that friendship evolves through violence, is the broken-hearted soul of the film.  In its final moments and its final images, Mondocane transcends beyond its genre origins to be something altogether different… something haunting.

The transfer provided to Kino Lorber is solid. The handsome image is sharp with a great dynamic range within the contrast and black levels.  This is highlighted by the film as it is shot in a lot of darker interiors.

Behind-the-scenes documentary (6:21) – is an EPK style making of.  The featurette does have some great b-roll footage behind-the-scenes with production art, and more.  There are comments by director Celli and actors Barbara Ronchi, Alessandro Borghi, Dennis Protopapa, and Giuliano Soprano.