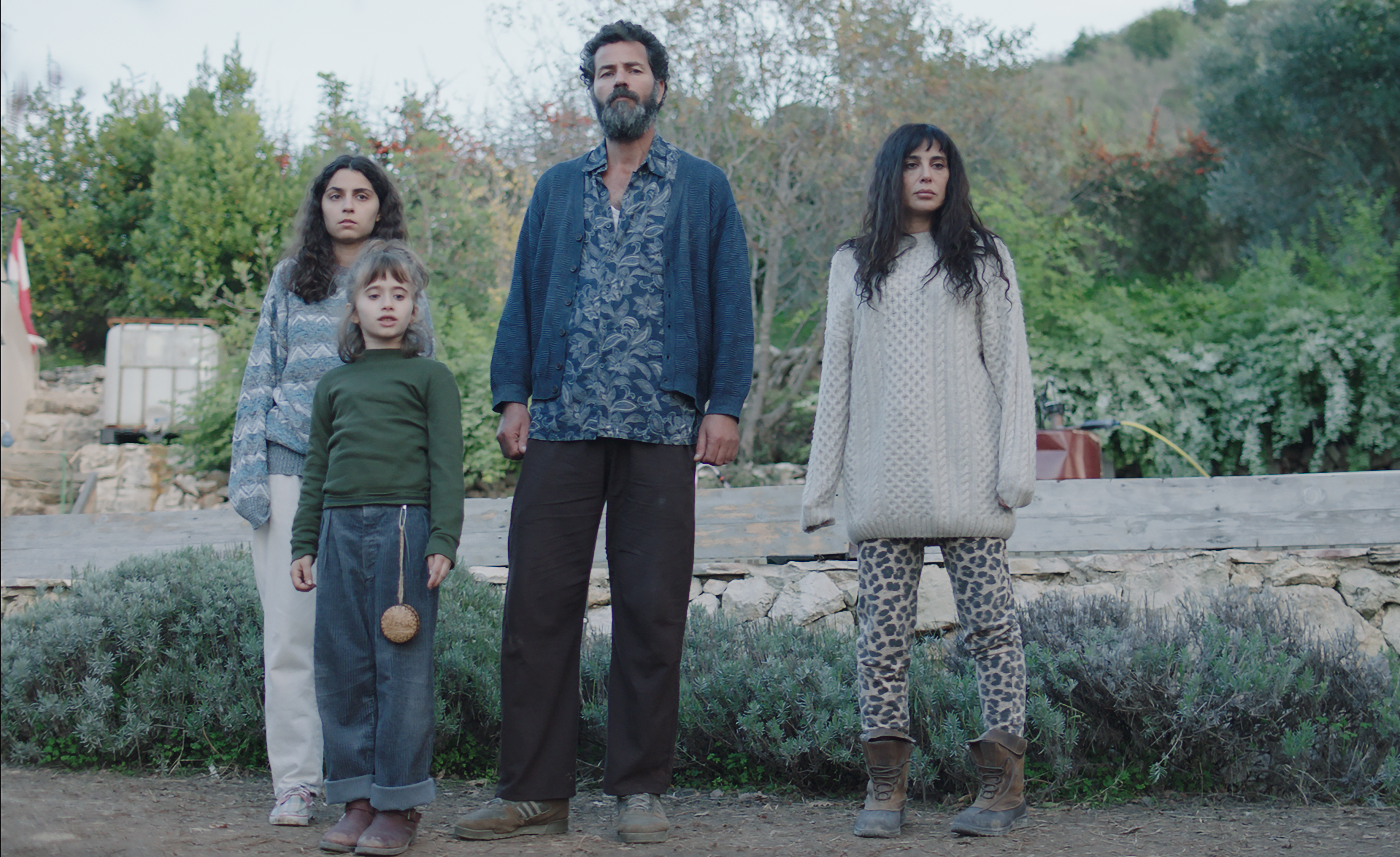 Tensions flare in an idyllic rural home when environmental issues and political corruption arrive on the doorstep of a family which has chosen to remove itself from city living and go off-grid. Costa Brava, Lebanon is the first feature from Mounia Akl and has strong performances from both Nadine Labaki and Saleh Bakri.

Costa Brava, Lebanon was one of the films that I sadly missed during 2021’s London Film Festival, and so I’m delighted that it’s getting an opportunity to be seen now.

Set in “Lebanon, in a near future”, the Badri family lives a self-sufficient life in the mountains, having left Beirut many years ago to escape the rising pollution and social unrest of the capital city. But when an illegal landfill site appears on their doorstep overnight, they are sucked back in to the corruption and pollution they had been trying to avoid. Tensions rise in all quarters as their deep-rooted ideals are challenged.

Costa Brava, Lebanon is director Mounia Akl’s first feature, and she has skillfully created a family drama as allegory for the problems she currently sees in her beloved Beirut. The pollution and government corruption are taken directly from her own lived experience of the city, and she has extrapolated it to a near and identifiable future in which this particular family has seen only one course of action.

Nadine Labaki (Oscar-nominated for her own film, 2018’s Capernaum) is Souraya, a well-known singer and political activist in Lebanon until she retreated to seclusion in the countryside with husband Walid (Saleh Bakri), a fellow activist and idealist. Their younger daughter Rim (played by wide-eyed twins Geana and Ceana Restom), being around seven years old, was born in the rural idyll and knows no other lifestyle. She is free to roam their patch of land as she pleases, and she shares her father’s love of their environment. Her sister Tala (Nadia Charbel) is seventeen years old and although at the beginning of the film we see her happily playing with her younger sister, the arrival of people from outside of their milieu leads her to explore her teenage sexual desires, and she begins to block her sister out. Both Tala and her mother seem to be less settled, and miss aspects of their old life in the city.

The family seemed to be managing just fine until the outsiders arrived; now, not only has their life been upended by the detritus from the city right outside their front door, but their relationships with each other and with their own feelings are also challenged.

Costa Brava, Lebanon is a quiet, gently-paced film in which Mounia Akl allows events to unfold with just enough speed to unsettle everyone, but without a violent stand-off. She has also chosen, in Nadine Labaki and Saleh Bakri, two accomplished actors whose on-screen relationship is utterly believable and who are able to convey loss, disappointment, and anger at events both past and present in a way which is raw, real and relatable.

It’s a laudable first feature, beautifully shot by cinematographer Jo Saade, with some imagery which is just enough to give a hint of each character’s imagination which is slightly out of the ordinary.

Do go and take a look if you can.

Costa Brava, Lebanon opens in New York on 15th July at the Quad Cinema, expanding to the Laemmle Monica in Los Angeles and other screens on 22nd July 2022.