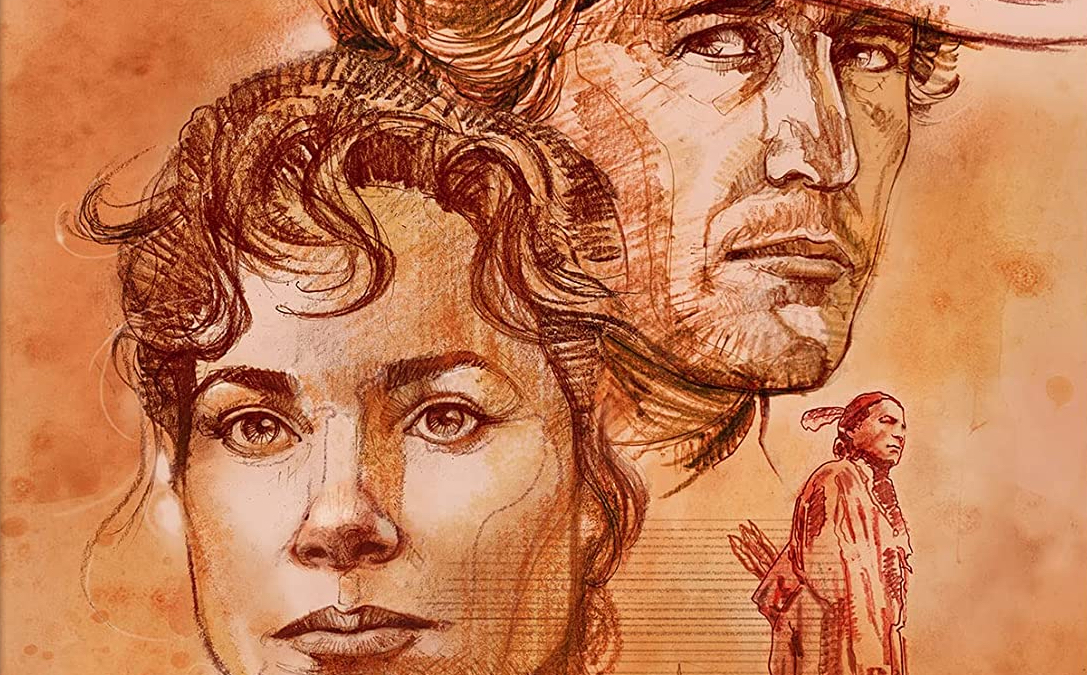 Last of the Dogmen is an undiscovered gem of a neo-western the 90s forgot.  Kino Lorber has done a marvelous job with a new restoration and extras.

Sometimes it takes years or decades for a film to be truly appreciated.  I still remember the ads and announcements for Last of the Dogmen.  The ads were hoping to capture some of the shine off the still freshly minted reinvention of the Western that began with Dances with Wolves and continued on with The Unforgiven.  The film directed by Tab Murphy ended up being swallowed at the box office to an indifferent audience.  Thirty years later the adventure romance in the era of Yellowstone being a blockbuster success, should find a newly receptive audience.

Bounty Hunter Lewis Gates (Tom Berenger) is hired to track down some local escaped convicts by the town Sheriff (Kurtwood Smit).  The job does not go as planned as Gates sees something he can’t believe.  After researching and enlisting the help of Lillian Sloan (Barbara Hershey) they both go into the Oxbow regions of the Rockies.  What they find is the last of an Indigenous tribe that had escaped colonialism of the west.  With a past tied to the Sheriff he cannot shake can Gates protect the last of the Dogmen.

What is so unexpected about Last of the Dogmen is how modern and old-fashioned it is.  There are some things to be expected like the “white savior” aspect that was huge in the 1990s but then there are things like how the film ends and its final moments that make it feel like a newer film.  Much of what is unexpected is the treatment of the Indigenous characters in the film.  There isn’t a moment that feels forced or out of character.

Though Last of the Dogmen isn’t as much about the Indigenous people that surround the film but rather the characters that Berenger and Hershey play.  The romance on an adventure is the right amount of earnest but subtle that could be substituted for a 30s frontier romance or John Ford film of the 40s.  Writer/Director Tab Murphy does a wonderful job of building not only the main characters but the supporting characters as well.  There is a sense of verisimilitude at play that gives all the characters, especially the ones played by Kurtwood Smith and Eugene Blackbear more dimensions than the archetypes they’re drawn from.

Last of the Dogmen is a rousing adventure romance with the sort of peaceful frontier spirit that was captured by so many Neo-Westerns of the era.  Many will welcome its charms and delights as it eschews any sort of hardcore message that many films of similar ilk were known for.  Those smart decisions by Murphy give us a film that, after almost three decades, shines over its more well-known counterparts.

Note: Includes Audio with Narration by Wilfred Brimley and the Director Preferred Version Without Narration.  What is reviewed is the film without the Narration.  The Narration version is lacking because of the inclusion of Brimley’s narration which brings out more of a hokeyness that does not benefit the film in any way shape or form.  In fact, the primary gripe about the narration is one that feels very on the nose and those substiles discussed in the main review all but evaporate.

The Newly Restored from a 4K Scan of the Original Camera Negative – Color Graded and Approved by Director Tab Murphy and Cinematographer Karl Walter Lindenlaub is a marvel.  The handsome image is sharp with perfect contrast/black levels throughout.  The film’s beautiful 35mm shot on location images are perfectly rendered on Blu-Ray.

The newly recorded Audio Commentary by Writer/Director Tab Murphy, Producer Joel B. Michaels, and Moderated by Filmmaker Douglas Hosdale is a conversational delight.  Some of the details include Murphy’s inspiration for the film, how Michaels got involved with this project, Murphy/Michaels taking their crew from Stargate – because of the involvement of Mario Kassar and Carolco, production troubles that started in Mexico and then eventually moved to Colorado and the reason whys, how the 1994 Northridge Earthquake helped the production, working with Berenger and how he was on the set, the work of costume designer Elsa Zamparelli, working with Kurtwood Smith, Murphy’s understating of the Colorado Rockies and the region and his youth spent in the area, the change in Hershey’s character’s gender and how that changed the script, working with Hershey, the casting of Zip the dog – it was one dog, working as a first time director, working with editor Richard Halsey – and their reactions to the first assembly of scenes, how they achieved the shale cliff set piece, the possible casting of Dennis Hopper in the Kurtwood Smith role, the casting of real Cheyenne Indigenous Americans in the roles of Cheyenne – and Murphy’s insistence on this, working with Kassar as a partner and a producer during and after the production, the casting of the Chief in the film – Eugene Blackbear, the strain working in Colorado created – because of the altitude, creating and directing the ending, and much more.   Hosdale does a great job of guiding the commentary track between Murphy and Michaels and getting great details about the production and the development process.  For any fan of the film, this will be a must listen.

Last of the Dogmen is a wonderful discovery.  Kino Lorber has done right by the film giving is a beautiful transfer and great extras.  Highest possible recommendations!!!