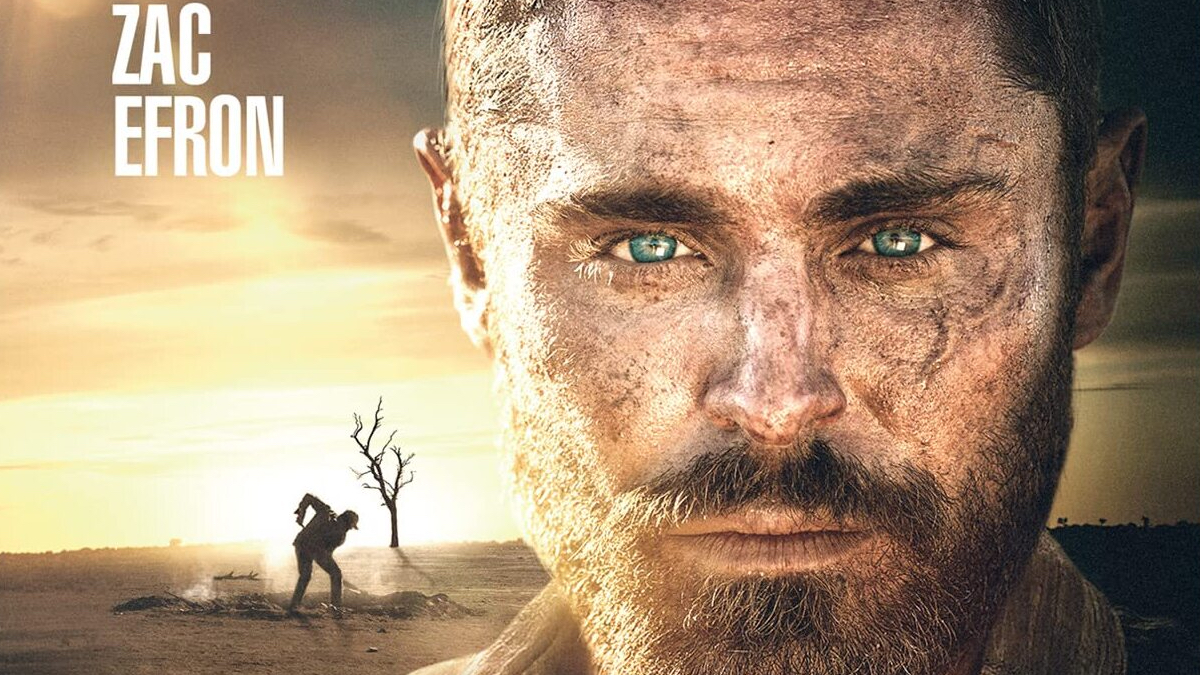 Zac Efron goes all in for Gold.

In the near future, much of the earth has become a wasteland.  Virgil (Efron) comes to an unnamed inhospitable area looking for a chance to begin again as a flyer has told him.  Keith (Haynes) is his driver to the remote location where work and a new beginning await Virgil.  This all becomes a moot point as car issues begat a literal found piece of treasure.  A huge piece of gold to be exact.  The two men strike a deal; Virgil will wait as Keith heads back for supplies to pull this life-changing piece of wealth from the earth.  As Virgil waits the most inhospitable of guests in all shapes and forms rain down on him.

Much if not all of the success of Gold lands on the shoulders of its star Zac Efron.  Haynes’ and co-writer Polly Smyth’s script is lean and economical in the best way and allows Efron to fill in the gaps with his performance.   As Virgil is Efron creates an unaffected and unfetter performance.  The star cares nothing of vanity or heroics.  Virgil is a man pushed to the limits of the human condition.  Efron’s performance gets better and better as his character descends slowly into a physical and psychological hell.

Haynes working with cinematographer Ross Giardina create visuals that are lean and economical but never at the expense of style.  The set pieces have a punch to them that feels genuine to character and plot rather than manufactured. The film never feels like a retread of other films set in the Australian outback, which is no easy task considering some of the truly great work that has been made there.

Gold is as cynical as thrillers come.  A meditation on the lust that wealth or the prospect of wealth brings.  This is one that people will discover and fall in love with.

This razor-sharp handsome transfer is as good as they come.  The color, contrast, and black levels are all perfectly presented here on Blu-Ray.

Making-of (16:57) – this fairly comprehensive making-of featurette discusses all the ins and outs of making this unique film.  The featurette discusses the difficulties of producing the film with the pandemic, Efron’s window, the challenges of in the middle of the desert – including a real dust storm they filmed in, and more.  There are some truly great and passionate discussions about the making of the film, working with Haynes and Efron.  Added bonus there is some good b-roll footage of the making of the film.  Comments by star Efron, director Haynes, writer Smyth, producers John Schwarz and Michael Schwarz.

Gold is the real deal and waiting to be discovered.  High recommendations!!!