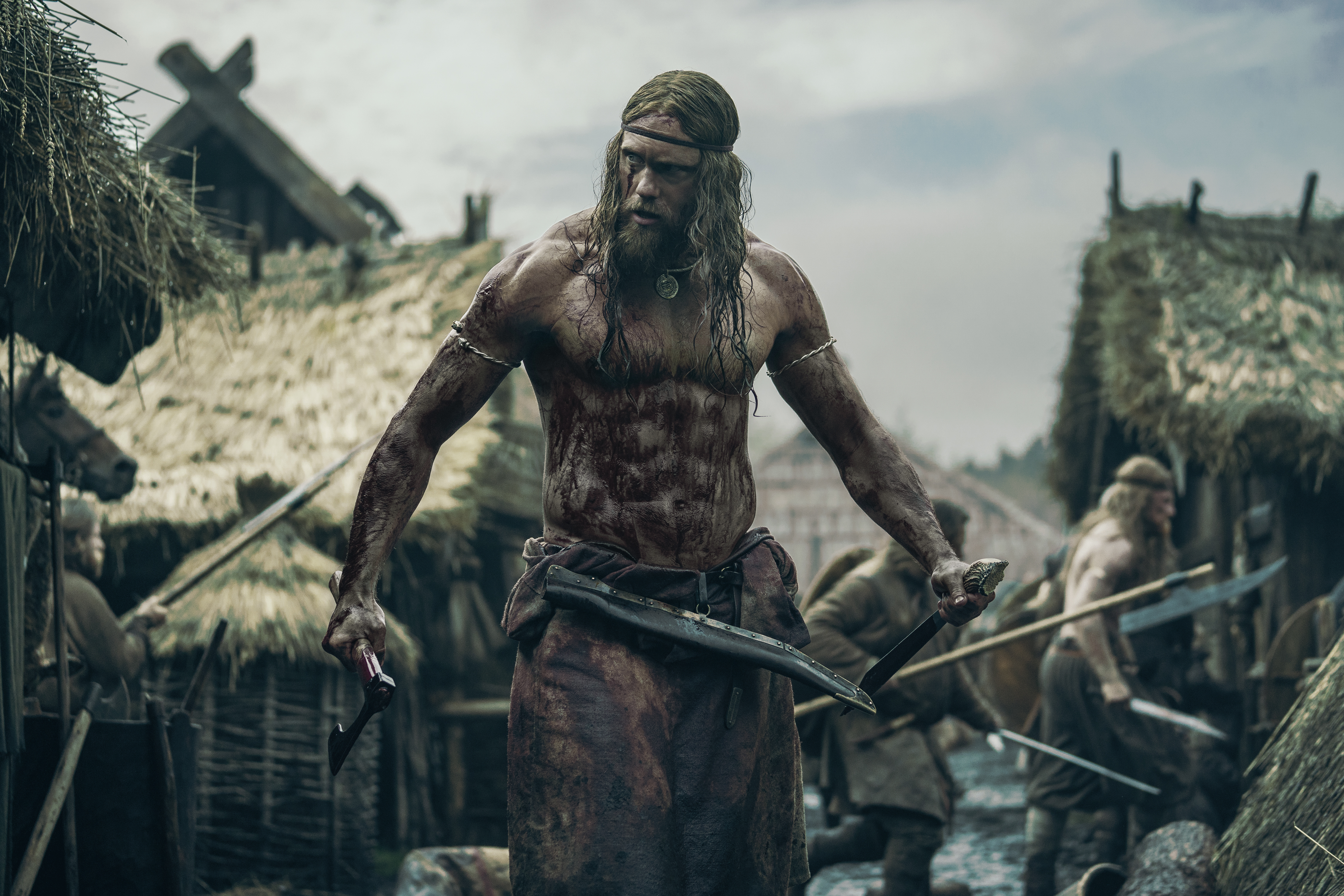 Writer/Director Robert Eggers returns to the Big Screen with The Northman.

There is an archaic way that writer/director Robert Eggers’s newest film, The Northman, plays out over its 2-hour and 20-minute runtime. An archaic tone making the movie feel less like a $90 million Epic Adventure and more like a documentary that its director and crew set forth to capture.

The film based on a Norse Legend that was the foundation for Shakespeare’s Hamlet never gives into the sort of crass commerciality of Vikings or Fantasy Adventure. The script by Eggers and co-writer Sjón excels at curbing any sort of revelry or heroism of Viking Culture.  Rather the duo creates a story more an artful meditation on revenge than a traditional revenge film.  The resulting movie is something contemplative, horrifying, bold, and fiercely its own vision.

The story of young prince Amleth (Alexander Skarsgård) who witnesses the murder of his father (Ethan Hawke) only to go on the run from his murderous Uncle Fjölnir (Claes Bang).  Vowing vengeance and to save his mother Gudrún (Nicole Kidman), the young prince grows strong and cunning.  Aligning himself with a savage clan of mercenary salvers, Amleth after years see the chance the gods have promised him.  Though vengeance is never an easy path, Amleth posing as a Slave finds out quickly as there is more to the death of his father than he realizes.  With the help of Olga (Ana Taylor-Joy) a fellow salve and sorceress the prince finds his revenge and more than he had ever wanted.

From the description above one would think of Egger’s film to be a fairly straightforward affair.   The Northman is to Viking movies, what Apocalypse Now is to the Vietnam War film.  A journey and descent into violence, betrayal, and secrets that ends in a place called the gates of hell – the literal mountain face of an active volcano.

Like another Milius’s Conan: The Barbarian, The Northman is set in a place where magic is as real as the brutality perpetrated by men.  In Eggers’s world, there is no line between what is real and what is magic.  All occur on the same plane of existence without the sort of gerrymandering plot devices of other films.  A place where a sword is just a sword but also a magical weapon that can only be opened by moonlight.  One could not call The Northman a fantasy, nor one could not call it a piece of historical dramaturgy bent on absolute realism.  Though both are true in Egger’s film.  The fantastical and the historical are dealt with the same sort of reverence and respect.

The Northman is almost protestantly dogmatic about its adherence to never explaining away the mysterious.  Which is to all’s benefit.  When Olga tells Amleth that she is a Sorceress a nod of understanding is all that is passed.  Nothing more.  No dribble to explain away.  Eggers understands the power of mystery.

Make no mistake in that The Northman does not hold back in its violence because it twinged with the magical and fantastical.  There are scenes where children are murdered.  Men are savagely ripped apart by other men with their teeth.  Eggers and cinematographer Jarin Blaschke never linger to be excessive.  Their visual style which is a more formal mise en scène is effective whenever these moments do occur.  There is a certain setpiece that plays by fog and firelight that is one of the most visually arresting and horrifying scenes to play out in a film in recent memory.

This film is so effective in its storytelling that by the time a Valkyrie appears … it is both real and imagined.  It is both history and myth.  The Northman succeeds in creating something far more powerful than a good adventure.  It succeeds in creating a legend.  One etched in dirt, stone, and blood.