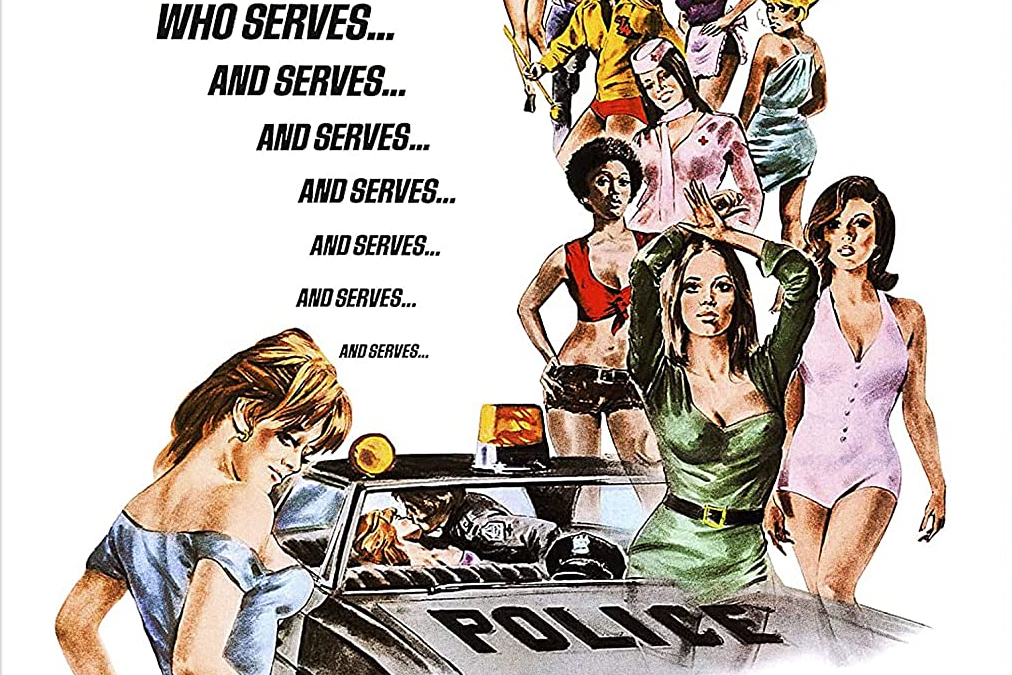 AIP’s Dirty O’Neil makes its debut on Blu-Ray with a new 2K Master thanks to Code Red.

Note: This film does depict a rape.

There isn’t any subterfuge in Dirty O’Neil. The Lewis Teague co-directed AIP film is the kind of grimy, nudity-filled drive-in fodder that was turned out by the production house almost weekly.

In the tiny – and still tiny – town of Newhall, California deputy Jimmy O’Neil (Morgan Paull) has transferred out of the “big city” (obviously Los Angeles).  Why one asks?  Well, it appears that Newhall is overflowing with singles, sometimes not so single, beautiful women.  O’Neil uses his good looks, charm, and badge to sleep with as many as he can.  But Jimmy isn’t just looking for those one-night stands… he’s looking for a real relationship.  Though his non-violent existence is about to be tested by three murdering rapist criminals that enter his town.  It’s only a matter of time these thugs make it personal.

The biggest issue with Dirty O’Neil is that it has no sense of urgency.  Everything happens at a languid pace that would make Antonio raise an eyebrow.  With Antonio, there is something happening it’s just glacial in pace.  The script by Leon Capetanos, who also co-directed, lacks any sort of narrative drive.  One would think by my plot description this could be a tight little thriller along the lines of Moonshine County Express.  It is not.  Capetanos’ script is a mashing of incidents and pontifications that never add up to really anything.

One would think that with a narrative like this the arc would have been almost Shane-esque with O’Neil having to muster the courage to take down the hoods… but it never happens.  Even in the last third with the rape – we all know how much these films love to have an extended rape scene – and its aftereffects are played with the overwrought heat of a refrigerator.  Which is even more insulting because O’Neil doesn’t even seem mad after the woman bares her soul. There is humanity in O’Neil to even understand what’s occurred or vow some kind of vengeance.  Literally, in the next scene O’Neil and his partner are on patrol.

One wonders with co-directors at the helm this was a situation of two very different movies happening and no time to sort out the rest.  There are pieces here that work and movements that seem cohesive but overall, it never connects when it matters most.

The Brand New 2K Master is a beautifully sharp image.  AIP definitely preserved their elements as this one is near flawless without much of a scratch or blemish during the 89-minute run time.  The image is well-balanced contrast levels and the grain structure is still in tack.  The film has probably never looked better than it does in 2022.  Bravo to Code Red for finding the best elements and spending the resources on a truly beautiful transfer.

Code Red has given us a beautiful presentation of Dirty O’Neil.

Code Red’s Blu-Ray edition of Dirty O’Neil is out now.