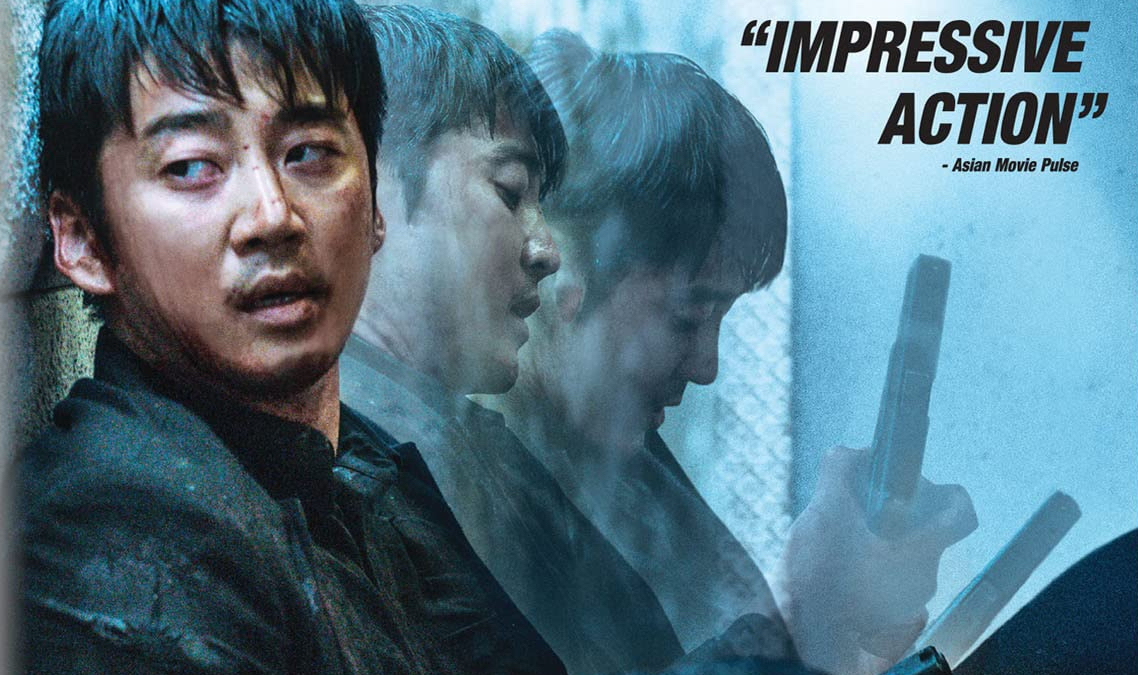 Spiritwalker is a high concept action thriller of the first degree.  Another genre winner from Well Go USA.

If one watches Spiritwalker and within the first fifteen minutes you’re a wee bit confused, do not worry.  It is all intentional and eventually, you’ll catch up with this very adroit thriller from writer/director Yoon Jae-geun.

Kang I-an (Yoon Kye-sang) wakes up in a different body.  He has no idea why or how but knows that something terrible has happened.  As he attempts to piece together what appears to be a drug deal gone wrong he is pursued by Director Park (Park Yong-woo) a man he worked for.  The problem is that when he changes bodies it is into that of various criminals and drug dealers that were at the deal gone wrong.  Slowly he begins to piece together that the drug that was a part of the drug deal is to do with his shifting bodies but can he fix this.

Spiritwalker is a confidently told action thriller with a trippy sci-fi-infused concept at its core.  From how writer/director Yoon conceives and tells his story as a mystery, aids in the finale and its credibility with an audience.  There are many ways to tell this story horribly and fail in the execution.  Not here.  The confidence in the way that the film knowingly is already has a running head start on you is part of the fun of the film.

The film is more mystery than action film but that should not belay the action in the film.  Like similar South Korean thrillers, Spiritwalker is designed with impact and terse action in mind.  The action set pieces are crackerjack crisp with the type of lean geographical economy that anyone that loves Korean genre films will be delighted with.

Smart thrillers are an increasingly rare proposition in Hollywood or even with the advent of Streaming Service Productions.  It is nice to see writer/director Yoon and his contemporaries not just keep it alive but with the likes of Spiritwalker.  Not just keeping it alive but making sure it thrives with stylish intelligent storytelling and great action.

The transfer provided to Well Go USA is nothing short of spectacular.  The digitally shot film looks as impressive on Blu-Ray as any big-budget studio-produced film in America.

Action Trailer (0:53) – More of a teaser trailer than an actual action trailer.

Spiritwalker is aces.  Well Go USA has wrapped this one with a great package.  High recommendations.