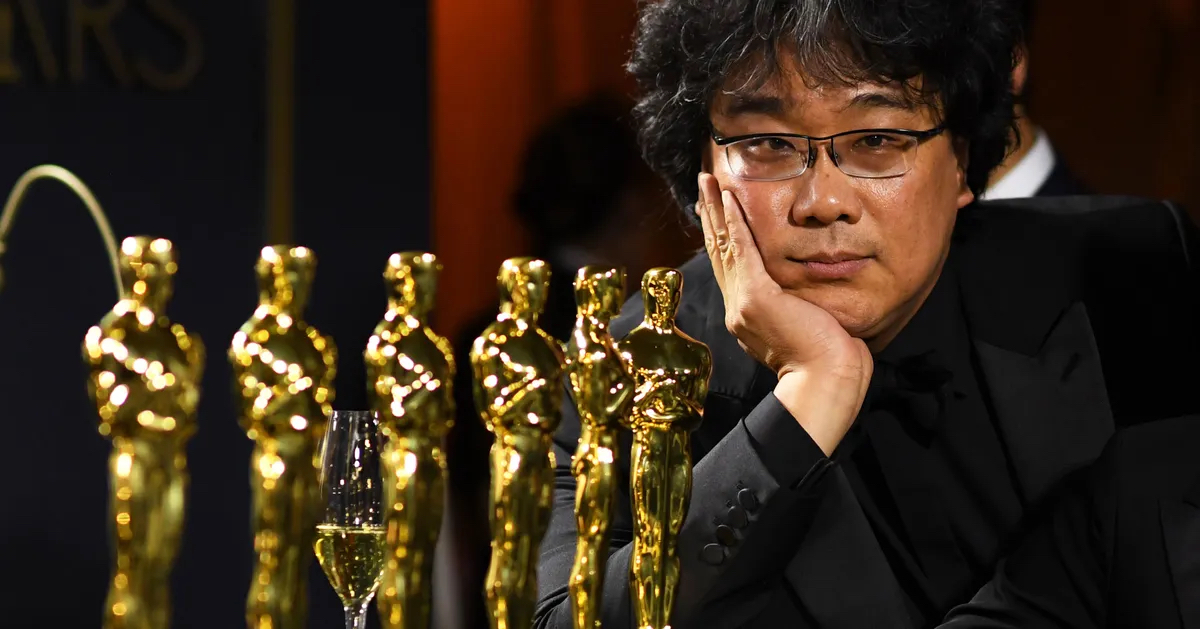 As we eagerly await Sunday’s Academy Awards, Marie reflects on this year’s crop of films not in the English language which have garnered a nomination this time around.

Since Bong Joon-ho uttered the words “Once you overcome the one-inch tall barrier of subtitles, you will be introduced to so many more amazing films” and went on to claim Best Picture, Best Director, and International Feature Film prizes for his film Parasite at the 2020 Oscar ceremony, many of us hoped that films not in the English language might receive a little more attention going forward.

The fact that this year, Ryûsuke Hamaguchi’s Drive My Car – a Japanese film about grief and the uncertainty of ever truly knowing another person – has been nominated for Best Picture (as well as International Feature Film) is a small step forward, but it does not seem to be part of the discourse as to whether it will win or not.

Of the ten Best Picture nominations this year, for me Drive My Car is top of the list – but as I am not a voting Academy member, then that means nothing.

Where Drive My Car does stand a chance though is in the International Feature Film category, where it is also nominated alongside four others – Flee, The Hand of God, Lunana: A Yak in the Classroom, and The Worst Person in the World.

Of these five, Lunana: A Yak in the Classroom is probably the outlier. A 2019 film from Bhutan about – yes, a yak in a classroom – it seems to be a solid film and culturally interesting. More than that it’s impossible to say because, despite trying several routes, this film doesn’t seem to be or have been available to watch in the UK at all outside of a London Film Festival screening a couple of years ago which I did not attend and can’t even recall.

Like the football match that the title references, Paolo Sorrentino’s The Hand of God is a tale of two halves. A coming-of-age story of Italian teen Fabietto (Filippo Scotti, a stand-in for Sorrentino himself), the first half is full of colourful, expressive, even perhaps stereotypical characters – in-laws, cousins, aunties – providing laughter, joy, and affection against the backdrop of sunny days in 1980s Naples. Things turn following a traumatic event, and the second half sees Fabietto making some serious decisions as to the direction his life should take. The Academy has history with going all-in for films about movie-making, and The Hand of God invokes a selection of Italian classics – Stromboli, Cinema Paradiso for example – as it establishes Fabietto/Sorrentino’s formative years. This may have been a film that Sorrentino has been itching to make for most of his adult life, but for me, it is not the pick of this category.

The Worst Person in the World seems to have been tearing up a storm with devotees of international cinema, however. Norway’s submission from director Joachim Trier is a film about relationships and relationships with oneself. The viewer’s age rather than gender will determine where one’s sympathies lie. While the performances are great, the film lets itself down in the last third with some plot conveniences which undo much of the strong setup in earlier scenes. It would not surprise me if The Worst Person in the World did actually win in this category, but it would not be my personal choice for the reasons stated.

The fact that Danish submission Flee is on the list and also nominated for Documentary Feature and Animated Film is a testament to the strength of its storytelling and filmmaking. The fact that it is the first film to be nominated in these three categories should make it a strong contender, but I fear it will miss out in all of them. The basis for Flee is a series of conversations between Amin, a refugee from Afghanistan who fled to Denmark, and Jonas Poher Rasmussen, a filmmaker. The conversations reveal Amin’s extraordinary story and journey to his new life in Denmark; because it is Amin’s own words, it feels sincere and very personal, and not manipulative or sensationalised. Flee also succeeds as an animation because it has to be an animation. Many of the scenes are essential to understanding Amin’s journey, but the animation provides a buffer for the audience; dramatisation would be too difficult to watch, and yet the animation does not trivialise events. And because Flee is both a documentary and an animated film, I’m not sure it will get votes in the International Feature Film category, despite it being quite an extraordinary piece of filmmaking and storytelling in its own right.

Which brings us back to Drive My Car. One has to assume that the one-inch high subtitle barrier is not an issue in this category, and so each of the nominated films should start on an even platform. Drive My Car’s 3-hour run-time might put some people off, but it shouldn’t. The pacing and plotting mean that it takes just the right amount of time to tell its story, and it never feels like a chore. Encompassing death, grief, and Uncle Vanya, Drive My Car is a delicate, emotional journey (literally and figuratively) through different waves of grief experienced by theatre director Yûsuke (Hidetoshi Nishijima), who also discovers that the person he is grieving may have had secrets. The audience might wonder whether he knew and had turned a blind eye or deceived himself, or whether the revelations are as new to him as they are to the viewer. It’s also a film about communication and about listening, embodied in remarkable scenes of rehearsal for Uncle Vanya in which the international cast each speak their lines in their own language. Drive My Car is an exquisite creation from director Ryûsuke Hamaguchi, adapted from the short story by Haruki Murakami.

So where does that leave us come 27th March? Well, outside of the Best Picture and International Feature Film categories, there are very few non-English language nominations to be seen in the features categories. Hamaguchi is nominated for Director for Drive My Car (rightly so), and his film also has a nod for Adapted Screenplay; The Worst Person in the World has a nomination for Original Screenplay. Parallel Mothers, Pedro Almodóvar’s latest, has nominations for Penélope Cruz for Actress in a Leading Role and Alberto Iglesias for Music.

I can’t see Drive My Car doing a Parasite and sweeping Best Picture and Director this time. My best guess is that either Kenneth Branagh’s Belfast or Jane Campion’s Power of the Dog will win Best Picture, with The Worst Person in the World taking International Feature Film. (Possibly Branagh and Campion may split the Picture/Director vote – but then I could be totally wrong on all counts.)

So the Marie Oscar for Best Picture goes to Drive My Car, and I can award International Feature Film to Flee in the hope that it will encourage more people to jump that one-inch barrier and go watch both of them.

Watch the Oscars on March 27th