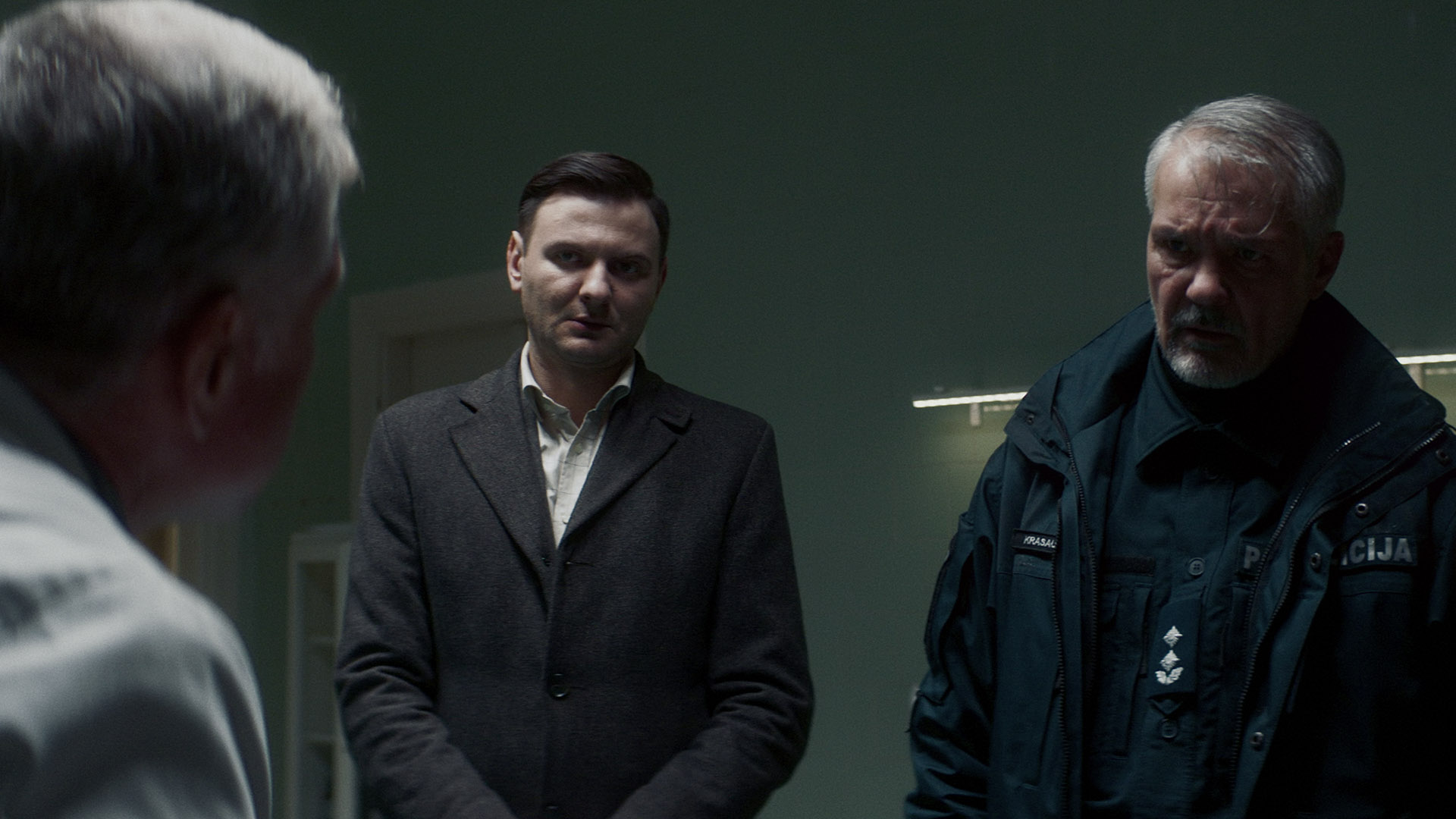 Dark, intriguing and violent, this Lithuanian murder investigation sees the provincial elite haunted by secrets from their past when the District Attorney is gruesomely killed. The Generation of Evil was in competition at Manchester Film Festival.

In the past, I’ve expressed annoyance at peremptory or downright awful translations of film titles from their original language into English, which often miss the point or are irrelevant. But hats off to the creators of The Generation of Evil (Piktųjų Karta in Lithuanian), whose choice of English language title could refer to a group of people of a similar age or the creation of said evil – and both versions work well.

Gintas (Vytautas Kaniusonis), the local police commissioner, has been celebrating his 55th birthday with a lavish party when news arrives that his friend and District Attorney Laimonas (Saulis Siparis) has been found dead in violently disturbing circumstances. Simonas (Ainis Storpirstis), the sharp young special investigator sent from Vilnius to close the case, disagrees with Gintas’ conclusion that it was a terrible suicide and orders further inquiries to be opened. When more gruesome deaths occur soon afterwards, perhaps he was right to doubt Gintas?

Running parallel to this is a thread set in 1990 – told in yellow-lit scenes – concerning stolen KGB documents in a time when Lithuania was pushing for independence from the Soviet Union. As the criminal investigations continue, past and present collide with increasingly violent outcomes.

The Generation of Evil certainly does not hold back when it comes to depicting (and describing) violent deaths on screen. Director Emilis Vėlyvis and his team are quite happy to show the results of close-range gunshots, hangings, and other crimes, and even though it’s not done to invoke horror it is definitely gruesome – although two pathologists tucking in to their lunch while describing a particularly nasty cause of death will always provide some light entertainment.

Saying too much about events would only lead to potential clues or spoilers but make no mistake, this is a gritty and at times nasty story about power, corruption, and a legacy of trauma which sees the provincial elite feeling increasingly powerless and under threat.

The Generation of Evil packs a lot of twists and turns into its 90 minutes, but never spins out of control – it has just the right combination of exposition and intrigue to hold audience attention and will definitely appeal to those who enjoy a Nordic Noir tale – perhaps Baltic Noir is about to become the next thing?

The Generation of Evil had its UK premiere and was in competition at Manchester Film Festival 2022.