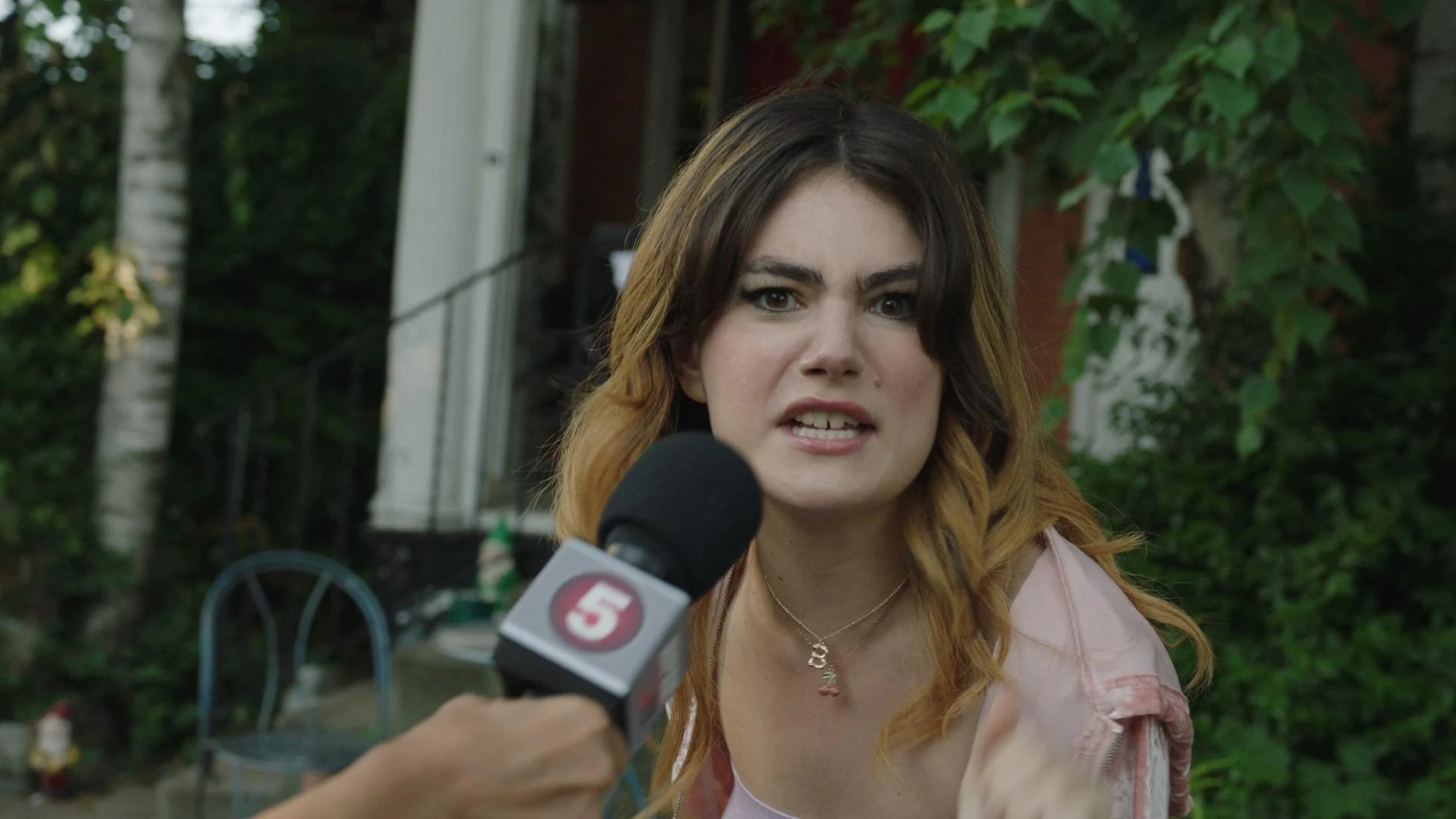 Katie Boland is a busy lady, taking full creative control of We’re All in This Together while also playing twin sisters on screen. A dysfunctional family needs to somehow pull itself together in order to mend years-old differences.

“Written and directed by” is not an unusual credit to read on a cinema screen, but “Written, directed, performed and produced by” is certainly a commitment to the cause. Katie Boland believes in her cause so much she even tackles twin acting roles in her film We’re All in This Together.

Twin sisters Finn and Nicki (both played by Katie Boland) are geographically and socially distant, having never resolved a falling-out many years ago. When their mother Kate (Martha Burns) decides it would be good to get in a barrel and tumble down a waterfall – and subsequently goes viral – the pair are forced to work out their differences and begin to operate like some kind of family again.

There’s the expected mix of each sister envying aspects of the other’s life, of sibling rivalry and of past hurts bubbling to the surface erupting in an actual fistfight between the two sisters. But underlying their fragile relationship is the deep-rooted effect of growing up and living with a parent with mental health issues. Seemingly this is a film based on elements of personal experience, and Boland acknowledges as much in the end credits.

The story is generally solid and doesn’t take many risks, and perhaps tries to pack too much into its compact 84 minutes. But commendable are Boland’s two performances, and the editing. Particularly in some of the more animated, back and forth scenes between the sisters, Boland was so convincing that I had to keep reminding myself that these were not two different actors sharing the screen. Assisted by tight editing, the pick-ups were spot on, and I never felt that one of them was speaking to a stand-in wearing a bad wig.

The danger in taking on multiple jobs when making a film is that one is spread too thinly, or loses a handle on what’s important. Katie Boland has shown in We’re All in This Together that she can spin several plates at once, and the film is certainly evidence of bright things ahead for its creator.

We’re All in This Together is in competition at Manchester Film Festival 2022.